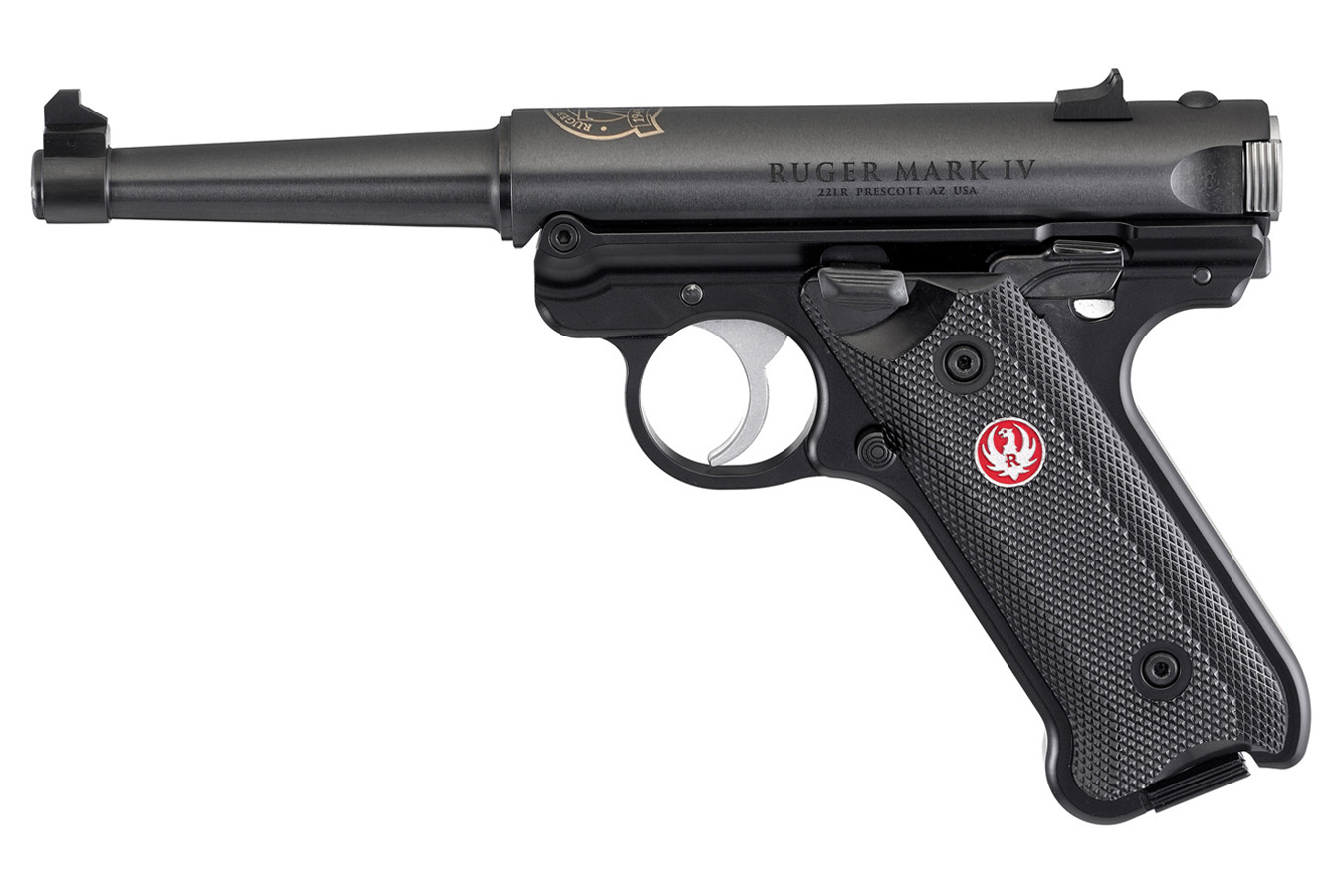 Sturm, Ruger & Company, Inc. is commemorating the 70th anniversary of the Company with the release of a Limited Edition Mark IV Standard pistol. This special model features a unique laser engraving on the receiver and bolt, as well as a "70TH" serial number prefix. This limited edition pistol ships in a custom wood case, reminiscent of the box used to ship the original Standard pistol in 1949, and also includes a 70th anniversary pin and decal.