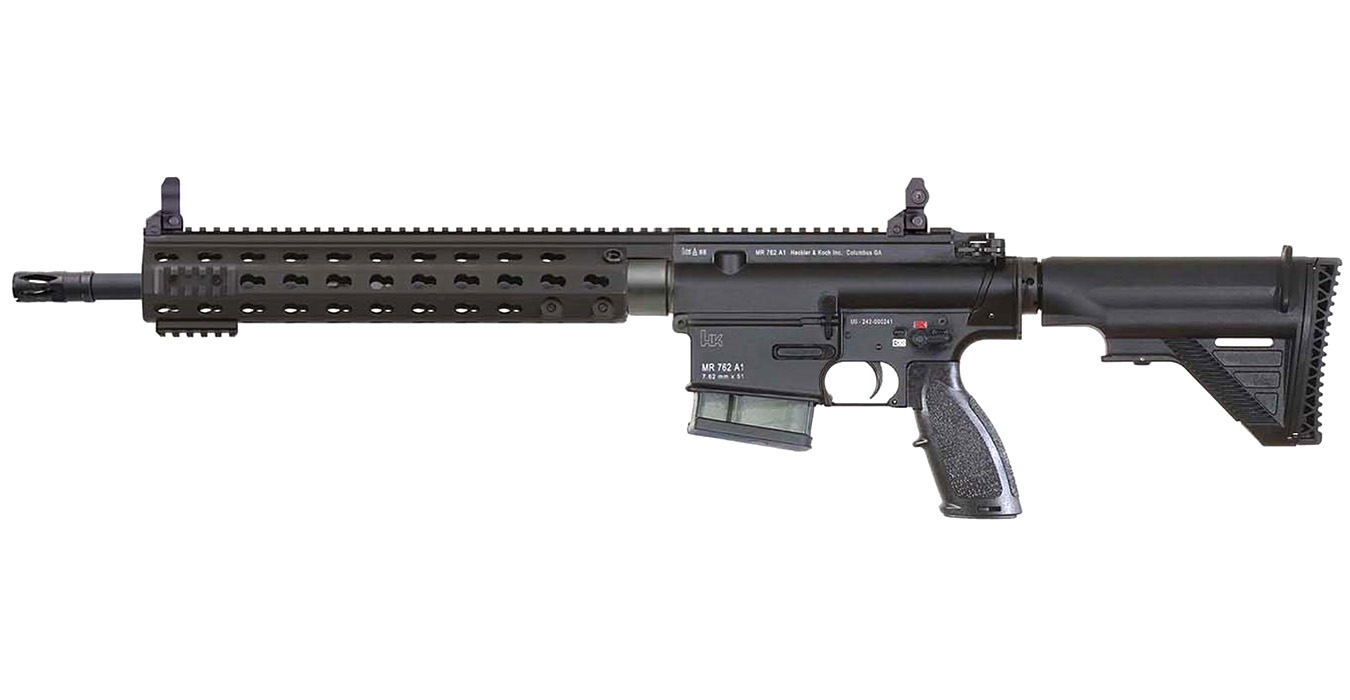 Like its 5.56 mm counterpart, the MR762A1 is a direct descendent of the HK416/417 series, only in a semi-automatic rifle configuration developed for civilian users. Using the HK-proprietary operating system, the MR762A1 is gas operated and uses a piston and a solid operating “pusher”rod in place of the common gas tube normally employed in AR15/M16/M4-style weapons.