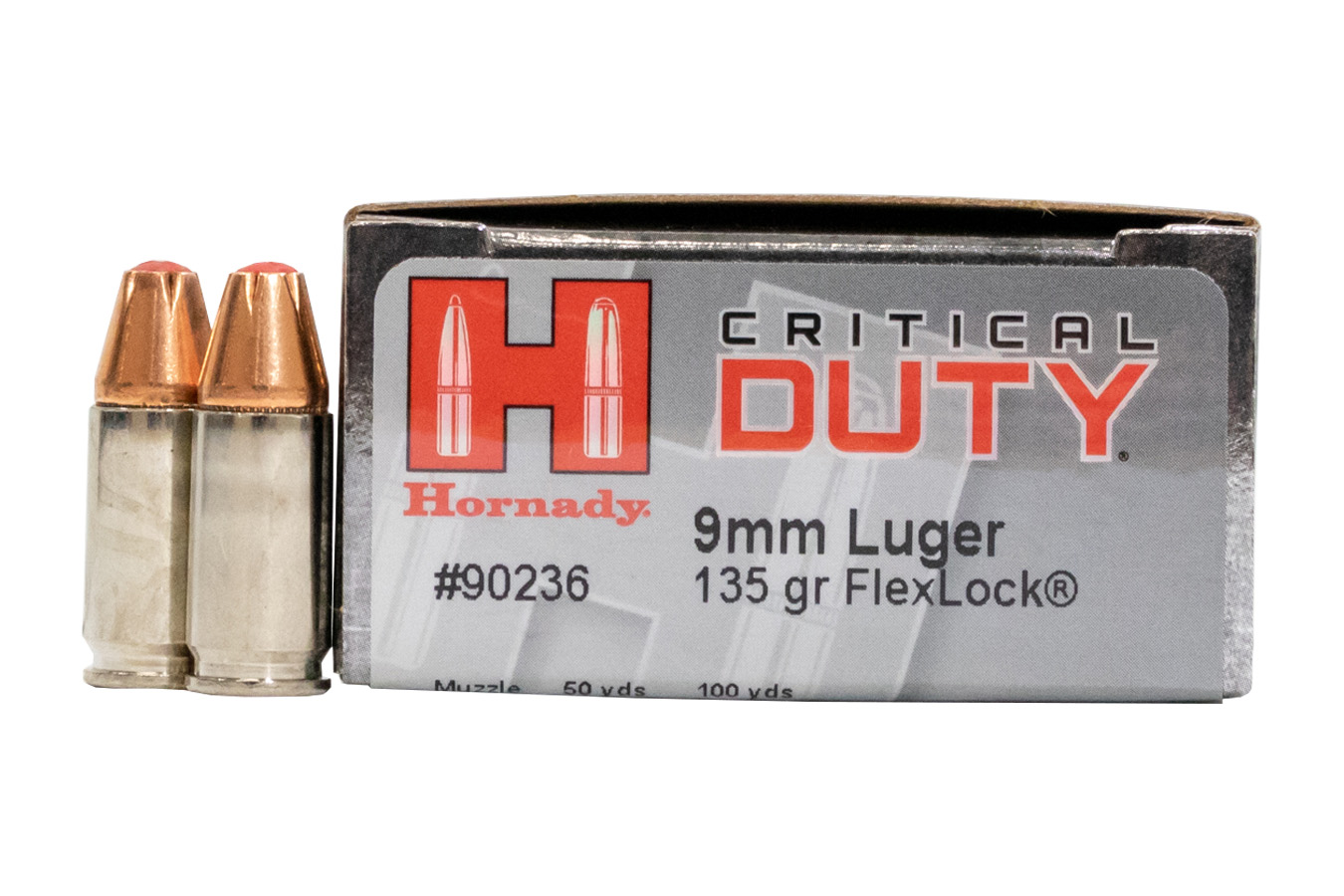 Hornady’s Critical DUTY® handgun ammunition is built to meet the needs and requirements of LAW ENFORCEMENT and TACTICAL PROFESSIONALS, as well as those law abiding citizens who prefer a full-size handgun for their personal protection and demand superior barrier penetration and subsequent terminal performance.

FLEXLOCK® BULLET incorporates two revolutionary Hornady features: the patented Flex Tip® that initiates consistent expansion every single time while preventing any clogging, and the heavy duty InterLock® band that locks the jacket and core together.

INTERLOCK® BAND works to keep the bullet and core from separating for maximum weight retention and proven terminal performance through all FBI test barriers.

Since this is the same ammo carried by the FBI, after conducting months of ballistics testing you cant go wrong.

Runs smooth in everything I feed it to. I use it in my edc and my carbine and have never had a misfire. Great for some heavy bang and i feel a noticeable difference compared to the 147 gr i used to use, as far as recoil goes. Great price and fast shipping from sos.