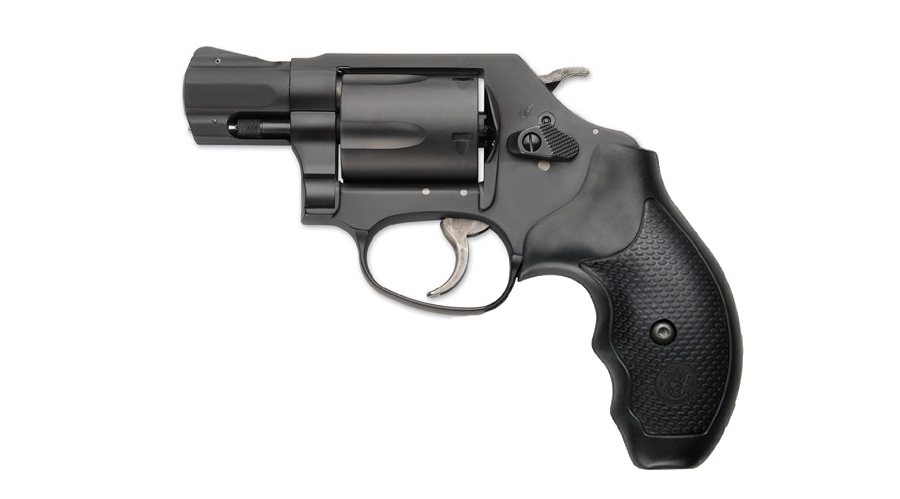 I sold my Taurus Model 85 Ultra-Lite 38spl to buy this gun when it was on sell. Biggest mistake ever! The Taurus was more accurate, had a better trigger, and by far more comfortable to shoot. All my friends that shot both agreed. If you can get over the name Taurus don't buy this smith and Wesson! It's also half the price

Picked mine up today and fit and finish is fine. It is a keeper, but is is most definitely heavier than the 13.3 advertised ounces. Mine weights 14.7 ounces and after googling the question, I found others finding that their 360Js weigh 10% more than the advertised weight 13.3 ozs. Has anyone researched this

I am a S&W revolver fanatic. I especially like j frames and have quiet the collection. This 360j is a rather unusual product. It doesn't really compare to any other j frame model. Rumor has it the 360J is a Japanese police model overrun and that the j actually stands for Japanese. Its slightly lighter at about 14.3 oz than the other Airweights. It also has a hole in the bottom of the grip for a lanyard, but the combat grip covers the hole. These are some of the best grips though. I ordered a total of three with a friend and we determined that some have stainless cylinders and some have carbon steel cylinders, but it really doesn't matter too much what it is constructed from. The pinned front sight allows for a front night sight which is also a huge advantage.

(5 out of 5) This from a guy who hates revolvers
by Paul from Mount Pleasant, South Carolina on July 1, 2016

Yes, I'm THAT guy. Several semiautomatic pistols, no revolvers - until this one came along. Now I have 2... Cannot say enough how pleased I am with this weapon. S&W scandium J-frame - perfect tuck and go for CC, light as a feather yet handles 130gr just fine, great grips, feels great in the hand. My only complaint would be the unpainted front ramp sight - but some red nail polish took care of that. For those concerned about a 5 round snubbie, this is a close-in weapon. Its 5-6 feet close combat. Make your shot count and the bad guy will be just as dead if you would have got him with a .45. I still carry my .45 or .40, but I'm just as confident when I carry this for sure.

My normal carry gun is an XDs in 9mm, it's a great gun but it's a little heavy and too big for pocket carry. This gun has filled that role and it does a great job. I will say it doesn't work for pocket carry unless you have good sized pockets, but if you find some pants or shorts that work with it, this is a great option. The fit and finish is excellent as you would expect from S&W, and the recoil is very manageable for such a light gun. I would recommend to anyone looking for a snubby.