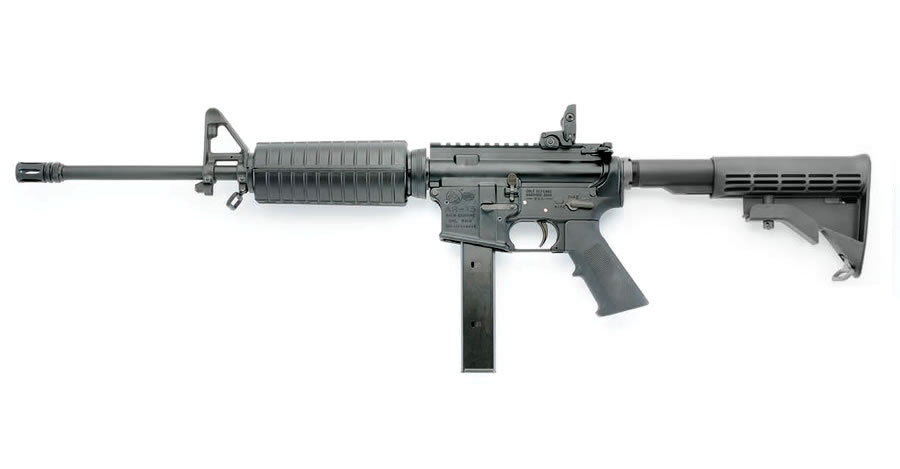 Throughout the world today, Colt’s reliability, performance, and accuracy provide our Armed Forces the confidence required to accomplish any mission.

The cons: Mine didn't shoot right out of the box. I received my Colt AR6951 a couple weeks ago, and took it immediately to the range. Loaded, chambered the round, and pulled the trigger. CLICK. Eject the round and take a look. Light primer strike. Chamber another round, and same thing. I take the gun home and clean it thoroughly. Right from the factory it is DIRTY. The grease they use from the factory is hard to get off, and collected the crud from test firing. Only after a thorough cleaning, did the gun fire. Being that it is a blowback operated gun, the gasses from the fired round are not ported back into the gun, but rather the momentum of the round leaving the barrel pushes the bolt carrier group back to eject the brass and feed a new round. Since there is no lockup, some of the gas gets pushed back in the gun, dirtying components and firing mechanism. Once the gun is running, it runs great. However, to ensure that it maintains its reliability, painstaking cleaning must take place after each trip to the range. Other than this issue, the gun only comes with one magazine and a Magpul backup sight. After purchasing more magazines and a Colt Carry Handle, I'm $1200 into the gun that should be at the $1000 price point. And at this price point, one would expect that the flash hider be screwed on so that it indexed vertically as opposed to a 1:30 position, making the gun effectively look like it was built by an amateur. No functional difference, but cosmetic. Long story short, I'm happy with the gun, I just wish it worked right from the box, and had an adequate number of magazines. Oh, and they should probably pay attention when screwing on the flash hider. Great gun, but needs a bit of work to be what Colt should be putting out.

I was amazed how accurate this rifle is, and I was shooting in the 100-200 yard range. Very dependable with every type of 9mm I used.