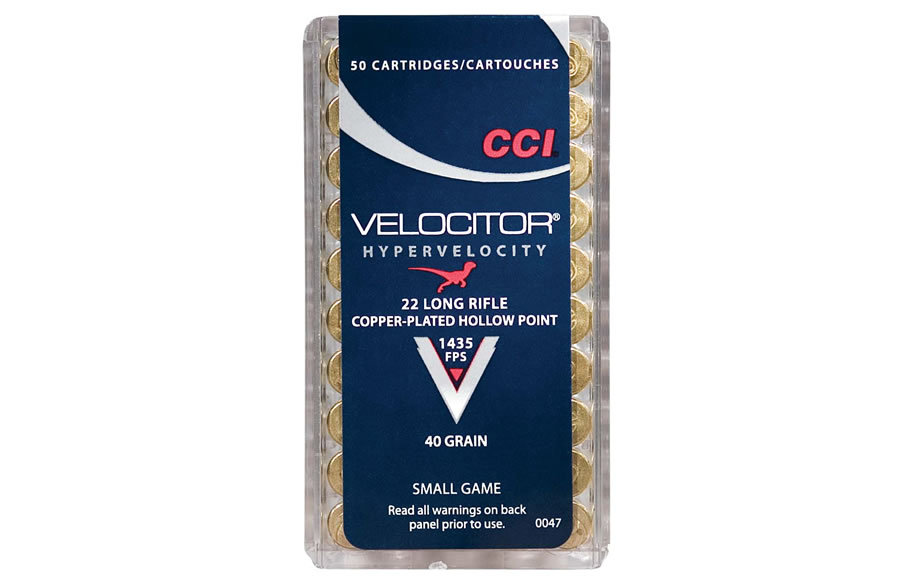 A speedy predator is loose and looking for varmints! Velocitor is the fastest 40 gr 22 Long Rifle on the market. It carries energy farther for plenty of long-range wallop.

The single best .22 round I've shot. What I like is it is the deepest penetrating .22 round I've found. It packs a real punch, but shoots similar to the cheap stuff so no need to adjust your sights. My problem with the stingers is they shoot higher than the cheap Remingtons golden bullets I usually shoot. The only round I use for coon hunting.

I bought several hundred rounds of Velocitors. I wanted to see how they performed in my M4 22lr. This is a rifle with 30 round clips that is nearly identical to the M4 that the US Military uses. I like to use mine for target shooting. With the extra power of the Velocitor, I was able to get very good groups a 100 yards. I saw instantly the power and accuracy of this round. I have a 6-24 power rifle scope mounted on the top of my rifle. Along with the 50mm objective lens, I could see the rounds hit as they were fired. This round is definitely worth it.

CCI Velocitor IS this companys second-best Hard-hitter. With a slightly longer shell casing, IT can /may present a feed issue in some auto-feeding firearms..however..the trade-off IS an incredibly accurate/ hard-hitting varmint killer. Just as hard to find /acquire as the Stingers.. but worth the efforts!!