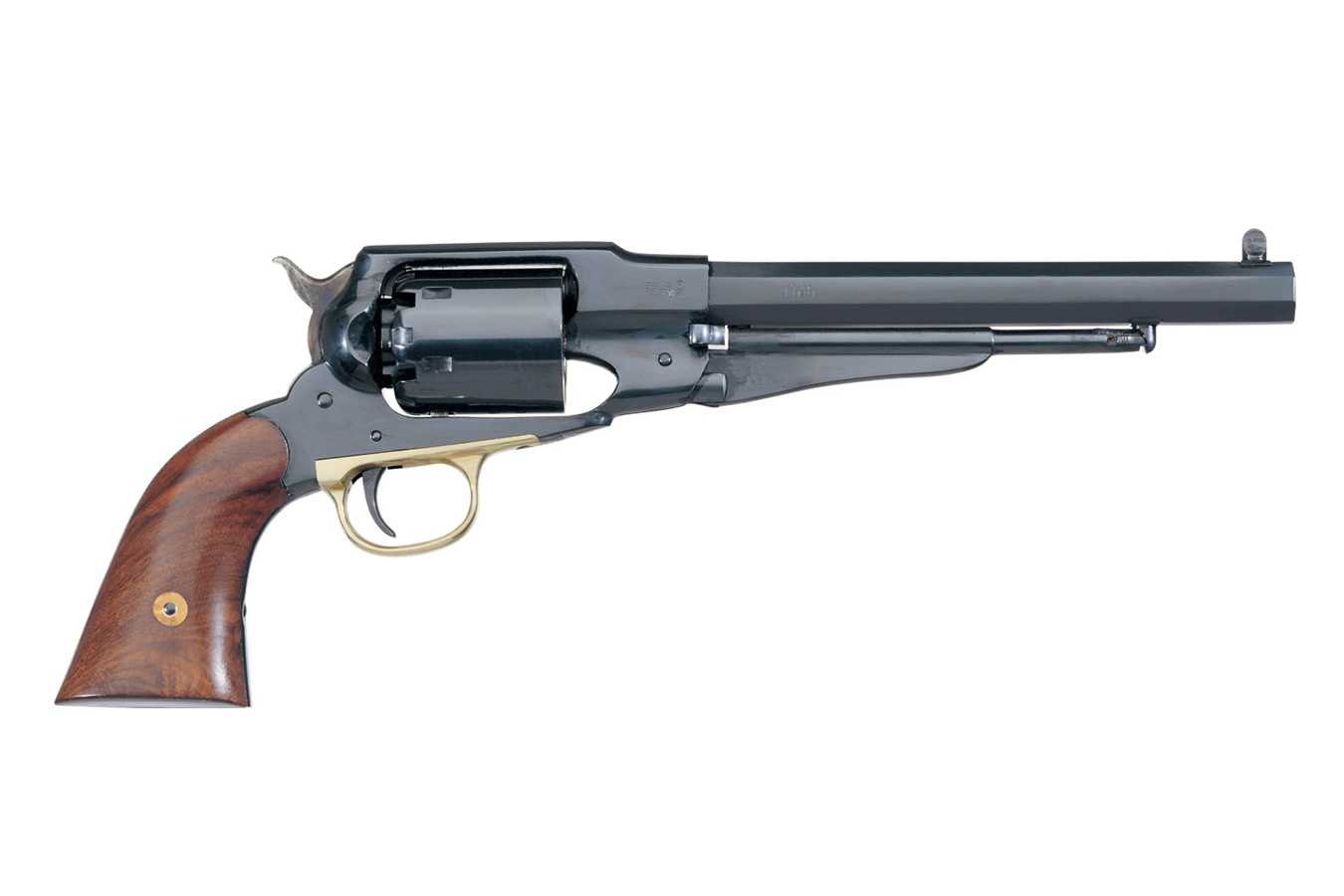 The Remington 1858 New Army Conversion was among the first of the Civil War percussion era revolvers converted to fire metallic cartridges.

The earliest model, introduced by Remington in 1868, chambered 5 .46-caliber rimfire cartridges. Later, 6-shot versions were chambered for .44-caliber centerfire rounds. Today, this Remington is offered in a 6-shot, .45 Colt configuration