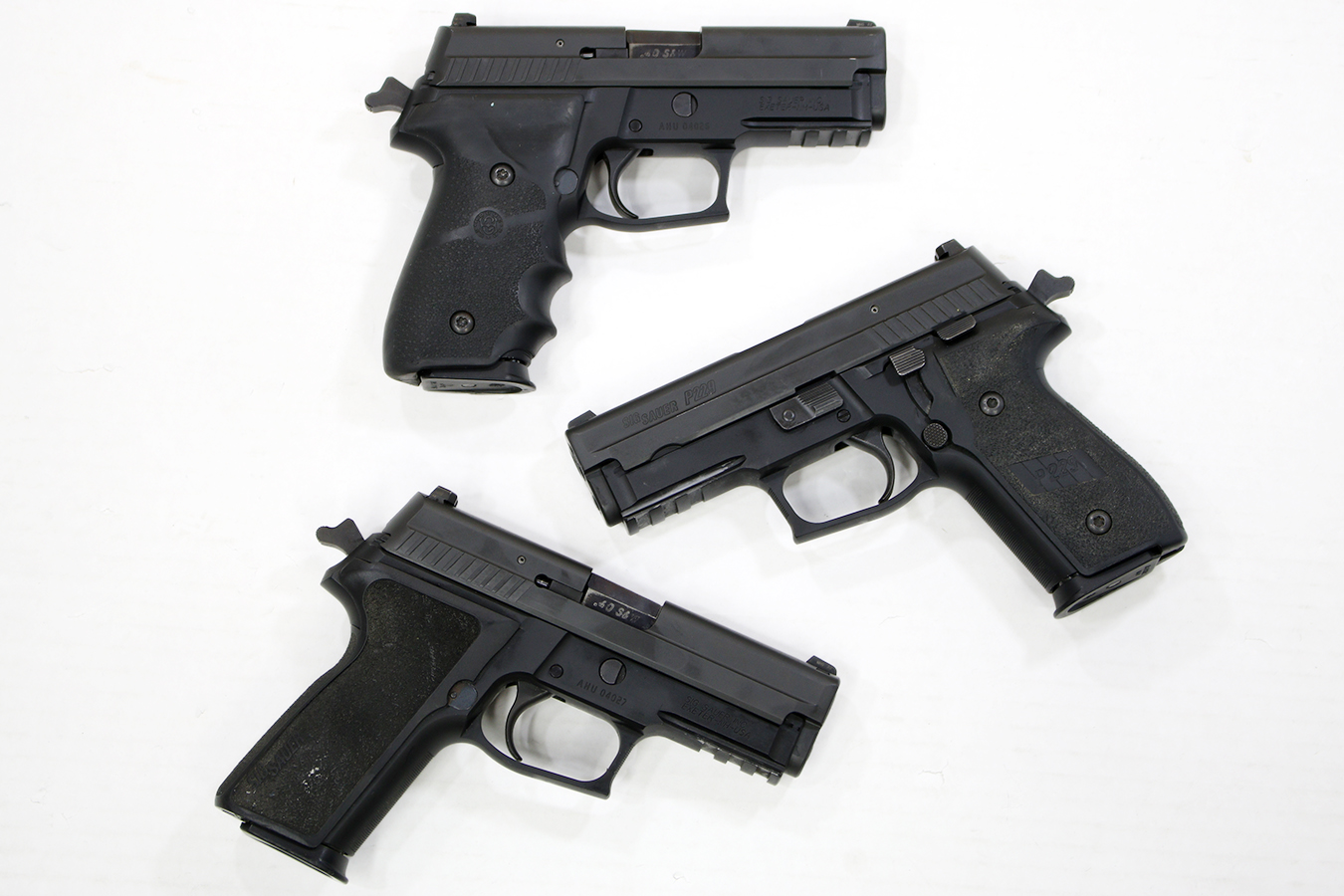 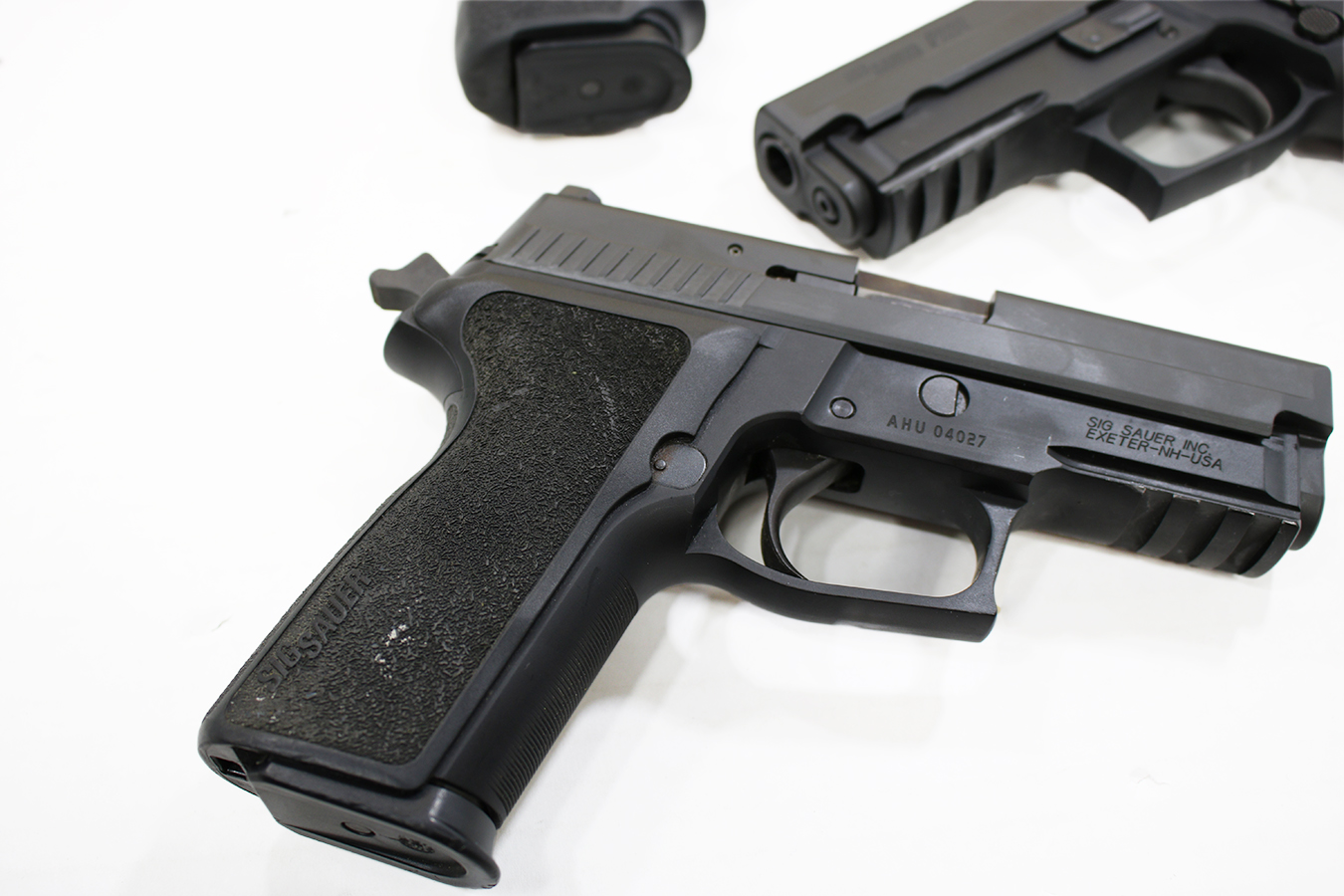 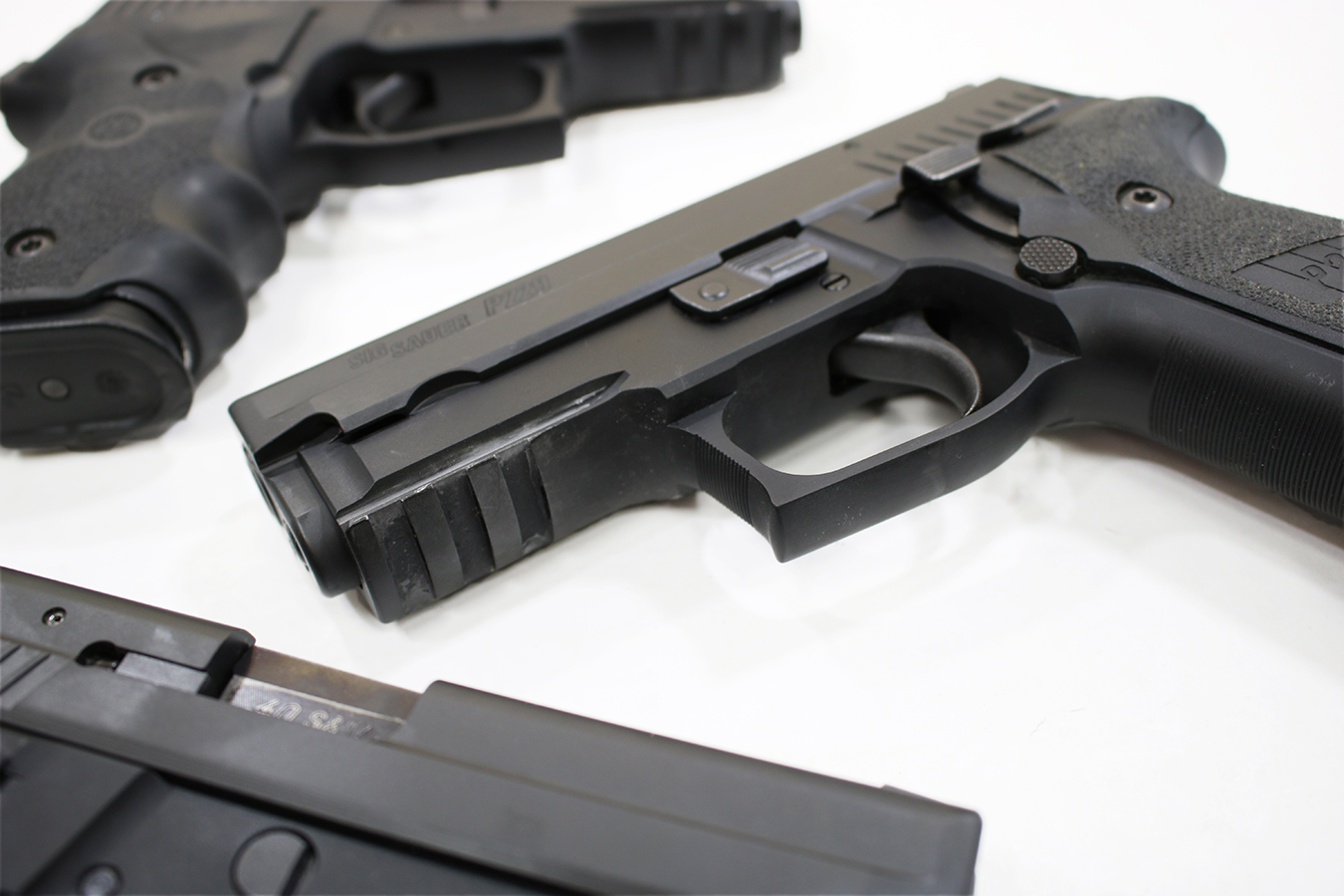 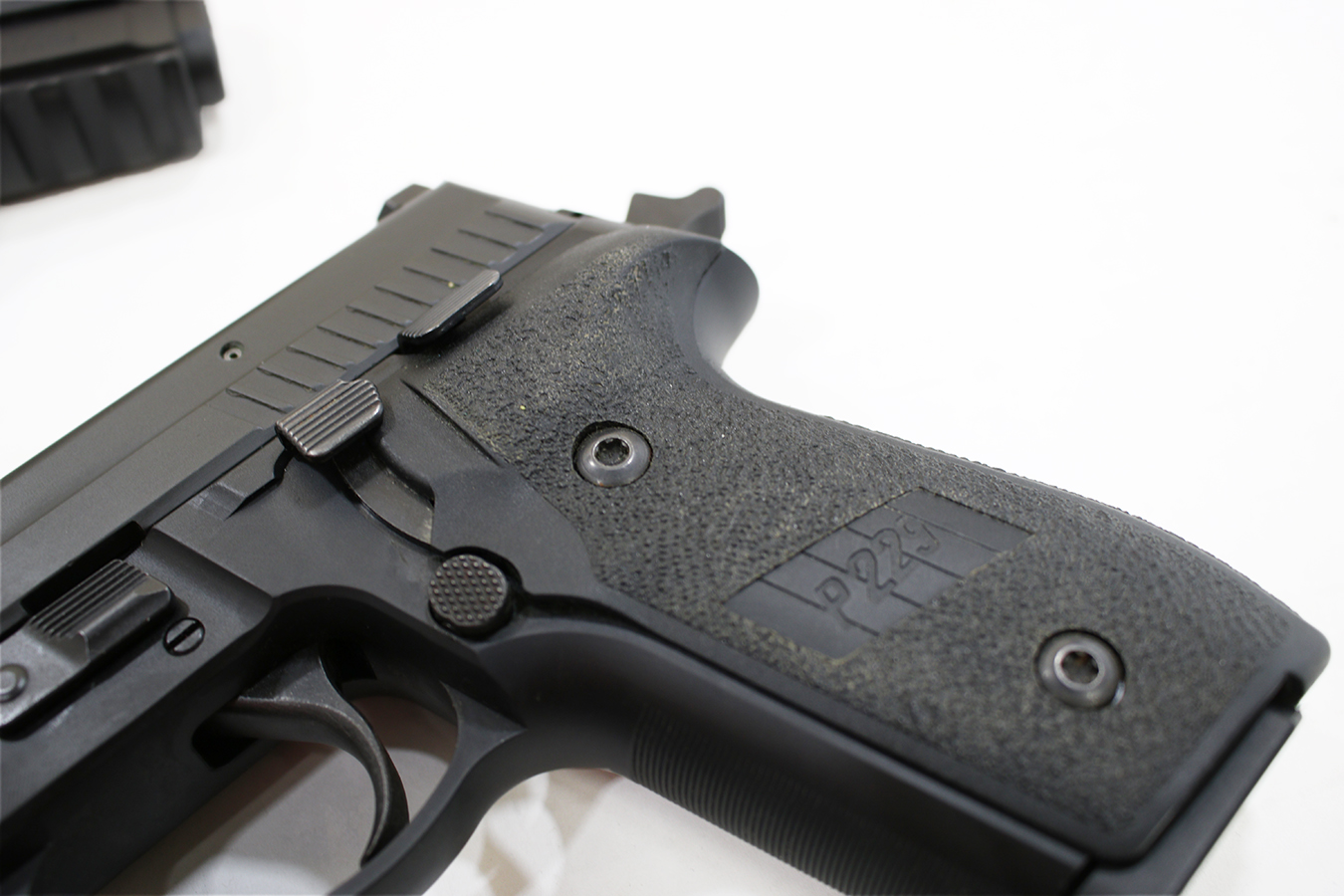 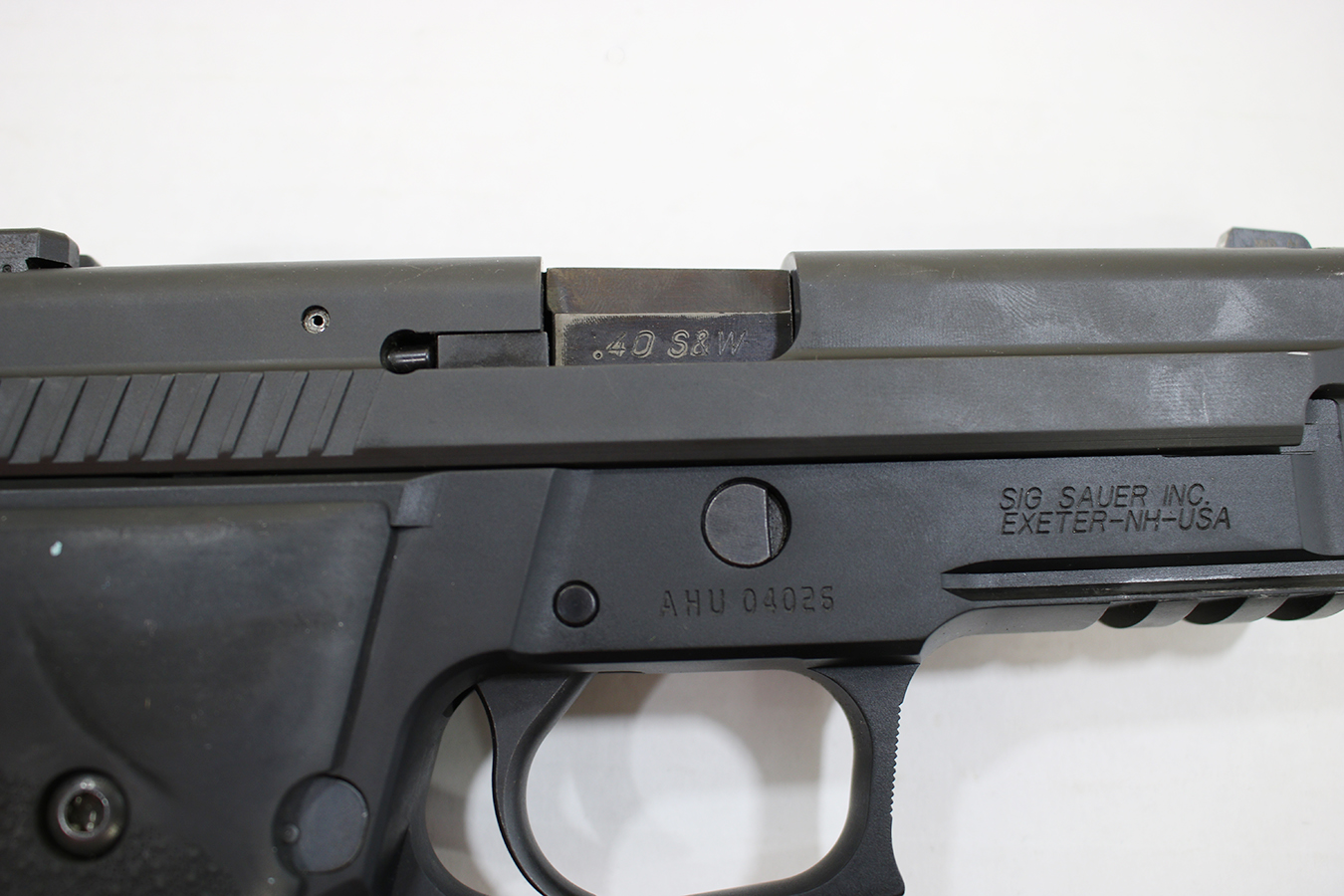 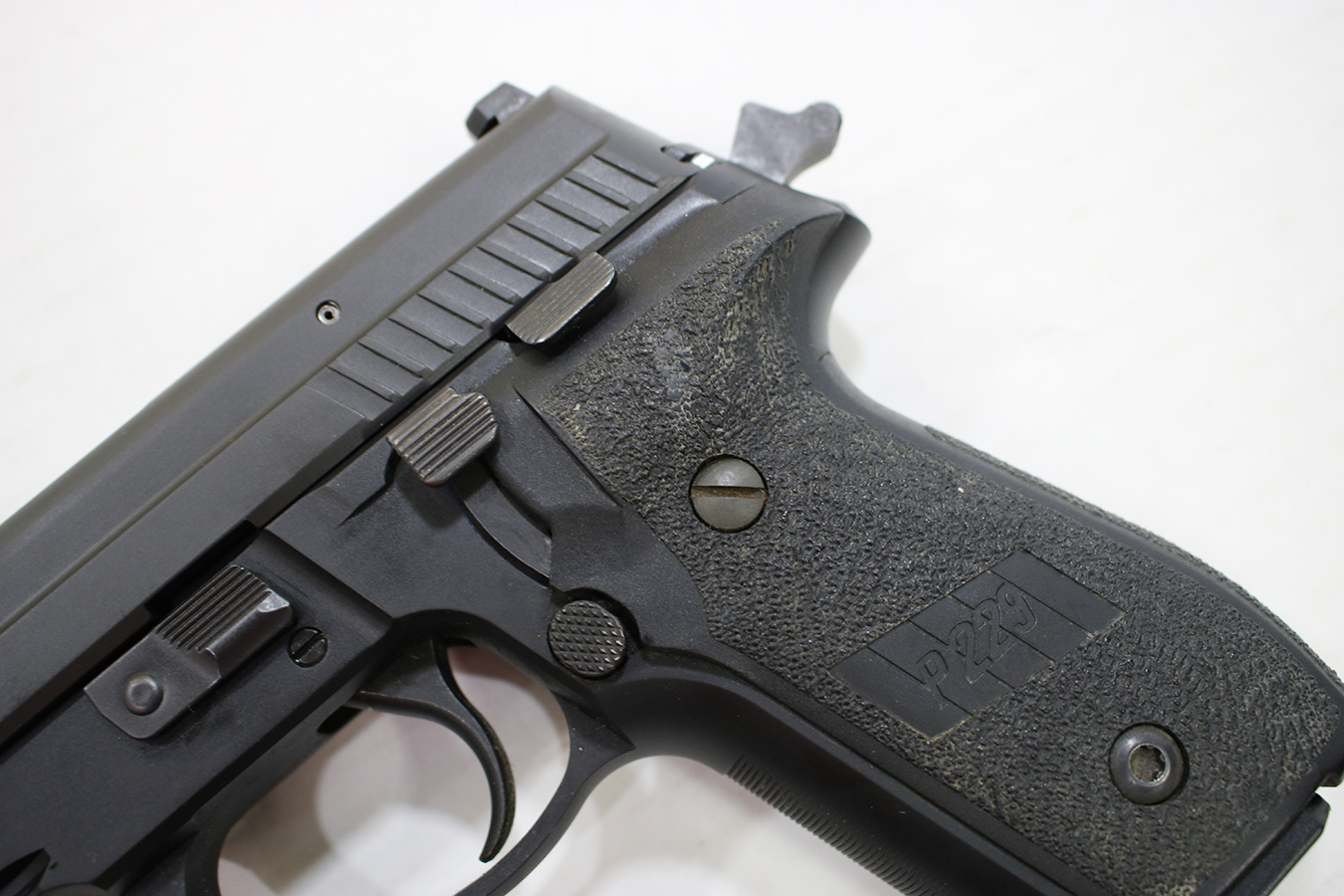 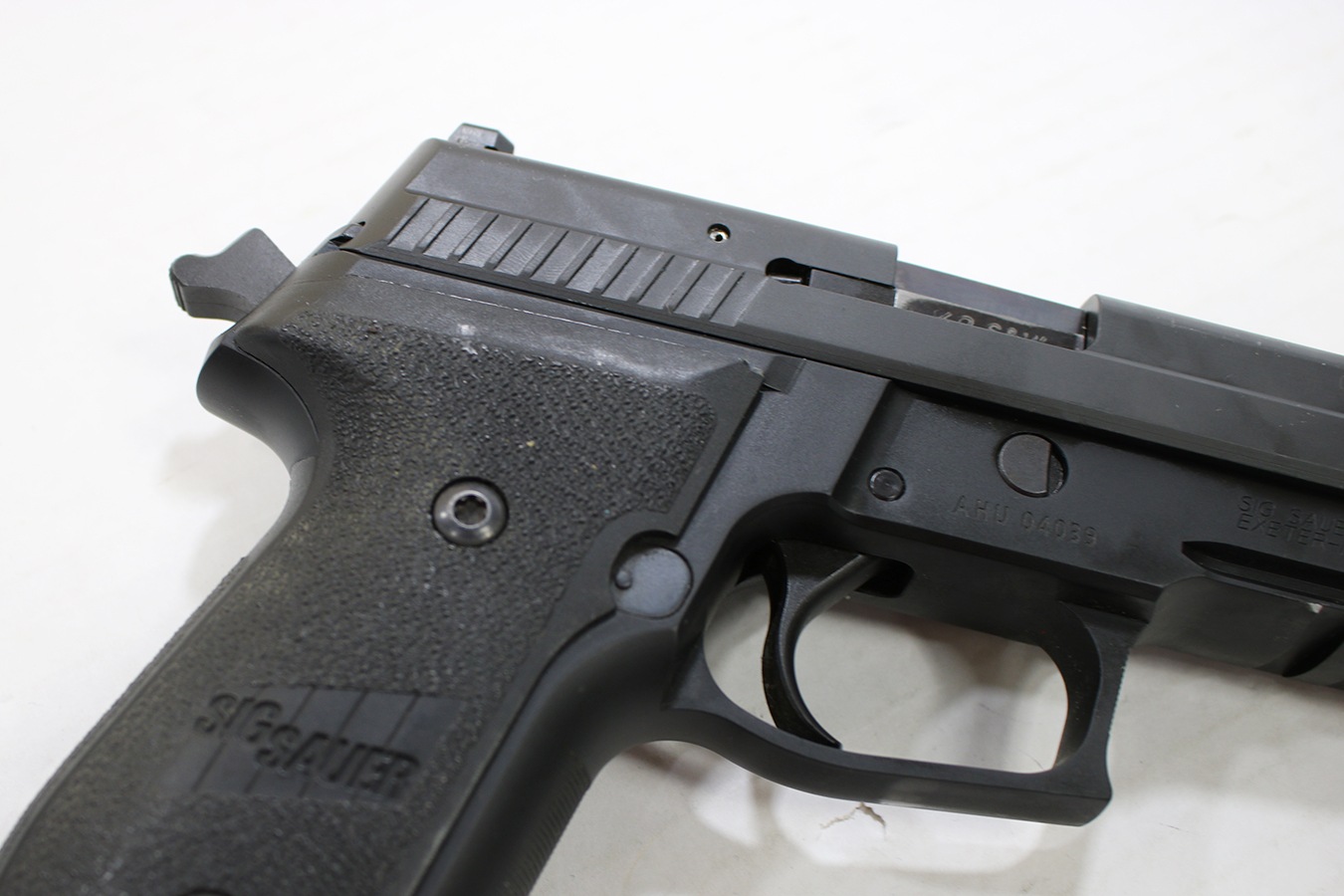 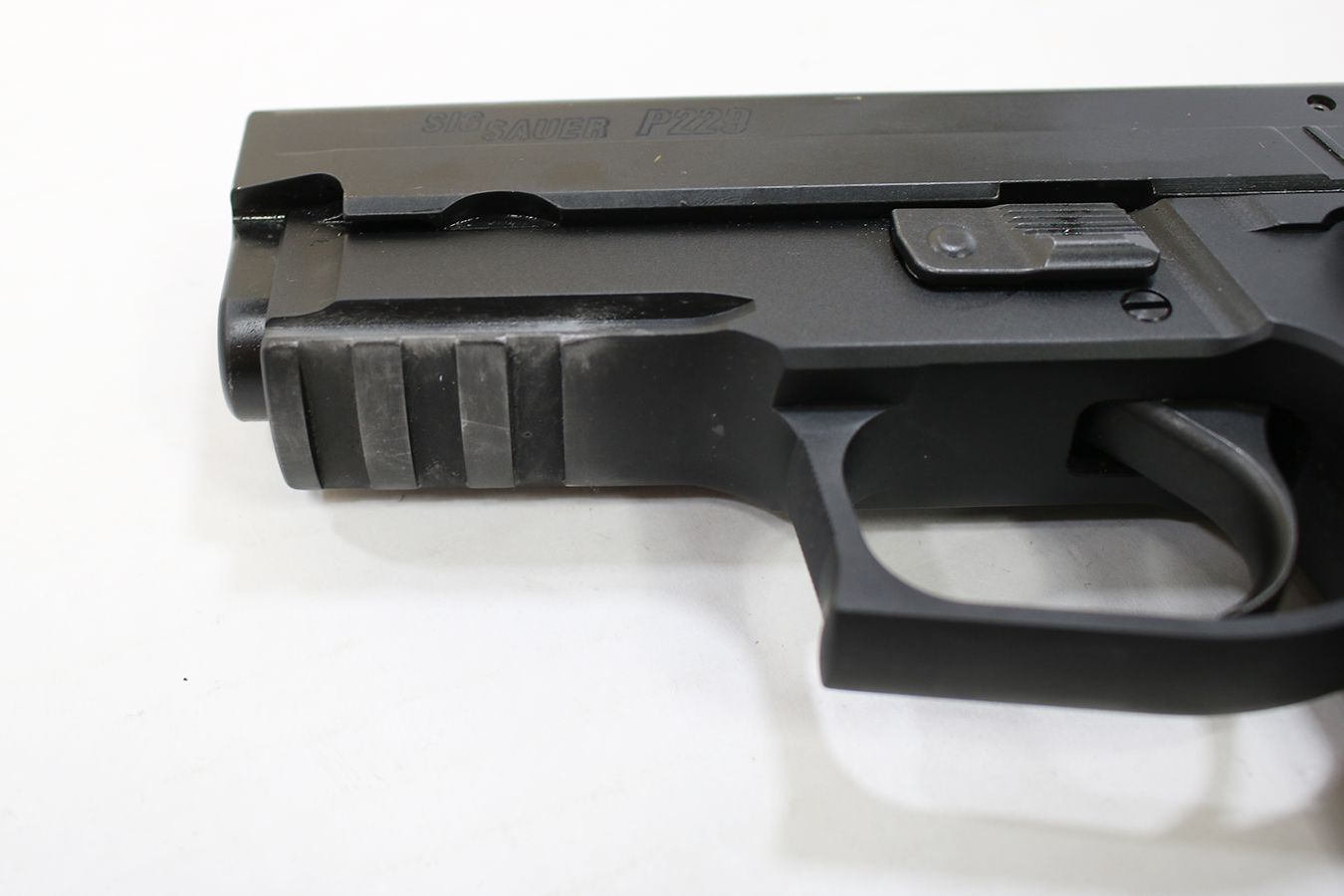 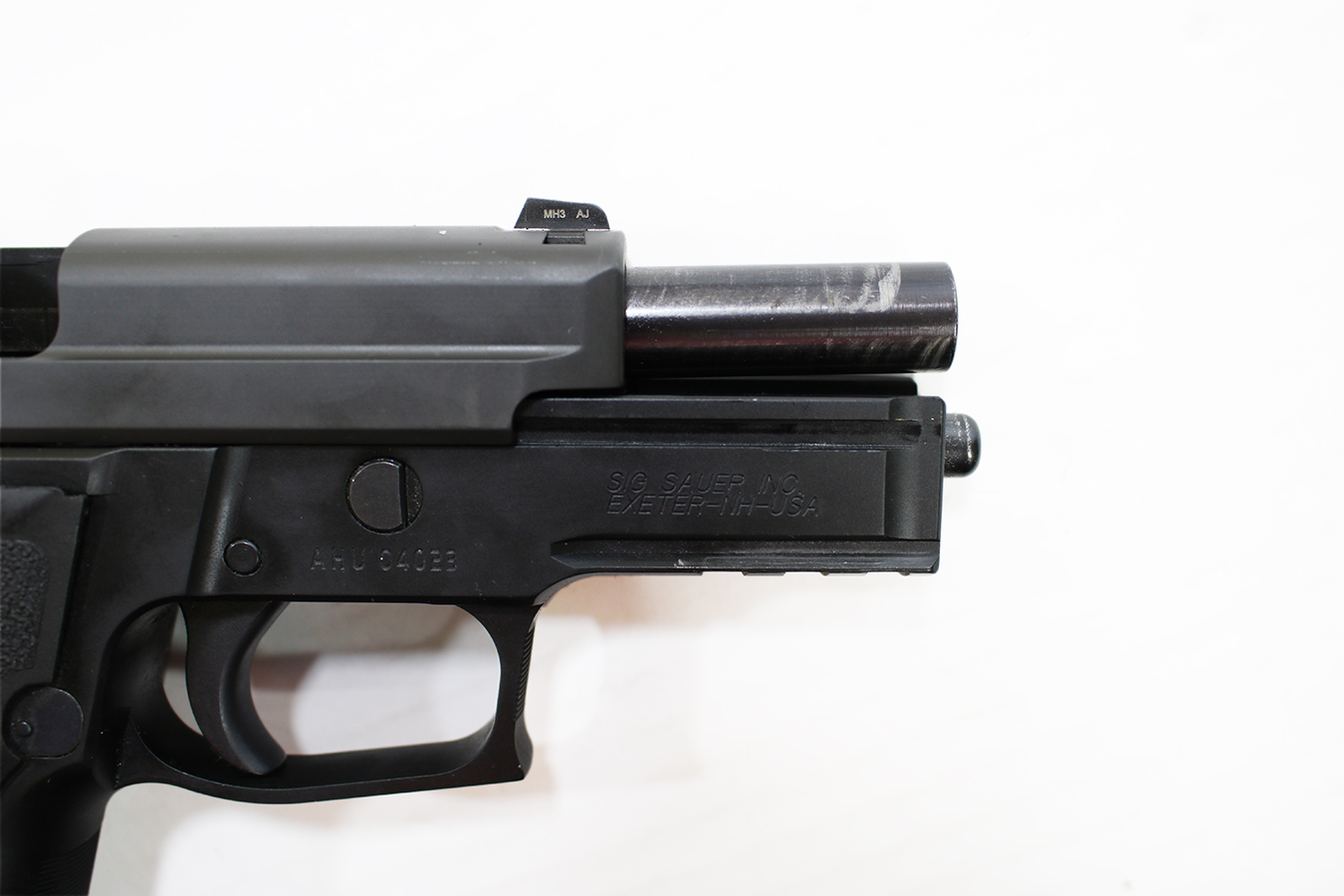 The photos represent the overall condition of these Sig Sauer P229R 40 S&W police trades, which are in good condition. Each pistol comes with two 12-round magazines.

Price is for one Sig Sauer P229R 40 S&W pistol. As with many used and police trade-in firearms, these may contain scratches and/or holster wear. This is not always the case, but should not be unexpected.

The trade pistol I received was marked good condition. I would rate it as excellent or like new condition. Mine came with the standard slim p229 grips a gray box serialized to the pistol and had two magazines and all the booklets included. Super happy with the purchase. Thank you for the nice deal on a classic SIG 40 cal.

I received my P229R a couple days ago. Outside it looked almost new. I checked the barrel and recoil spring. The barrels nitron coating was about 95% worn off. The recoil spring was pretty well shot. I ordered a new recoil spring. Once I receive the recoil spring I am sure this pistol will perform as new. I may just buy another one, as this one was so nice.

I ordered another after reviewing the first one below and it's just as nice, looks new, not even anything been mounted to the rail on this one, either. The first one was 2014 production and this one is 2011. The 2014 had SRT and I'm going to add it to this latest one as it didn't have it. The night sights are dimmed on both but they only have a five year shelf life so that's to be expected. You can still seem them after dark, though. I can't complain for a $929 pistol I got for under $500, just can't, and especially since they're in such good shape.

I know 9mm is all the rage ATM, but at these prices and in this quality even in 40 you cant pass them up. The pistol I received was in GREAT shape! The classic grips are in good shape and the finish is in good shape. Don't get me wrong, there are a few light surface scratches on the frame and slide, and a very small amount of rust on the reverse of the mag release button, but all in all this is the shape I look for in used gems. If I had to guess this pistol is sub 2000 rounds! Maybe even sub 1000. Very little wear to the coating of the barrel 10-20% wear, same is true for the slide rails, and 0 wear on the Sig accessory rail. The SIGLITE night sights are still very hot. I am extremely happy with my experiences with SOSS I will do business with them again.

This one looks new except for a pin hole sized nick on the side of the slide, and I may have done that in the few days I've had it. Nothing's been mounted to the rail and holding it in my hand it looks like a new pistol. Outer barrel finish wear testifies that it's barely been shot. I'm going to be ordering another one as soon as I'm done here. Oh, and I love the balance of this thing over the P226 I ordered here a couple of months ago. I've had many of those through the years, but this is my first P229 and the balance and control during rapid fire are superior to the P226. I'm sure I'll be ordering another P226 though before they're gone. Can't beat the price on these police trade ins, especially when they're so clean with low round count.

Had a little wear on the rail and at the mag well, as to be expected, but in overall really good condition. Just got back from the range and had no issues with several brands of ammo. The trigger reset is a little longer than I'm used to but that is about my only complaint. Might have to look into a Sig SRT kit. My pistol has night sights but the front sight is dead, which I expected would be the case anyway. Came with two mags and a Sig case and was shipped in less than a week. If you're a fan of the .40 S&W, there are good deals to be had and this is one of them. Thanks SOS.