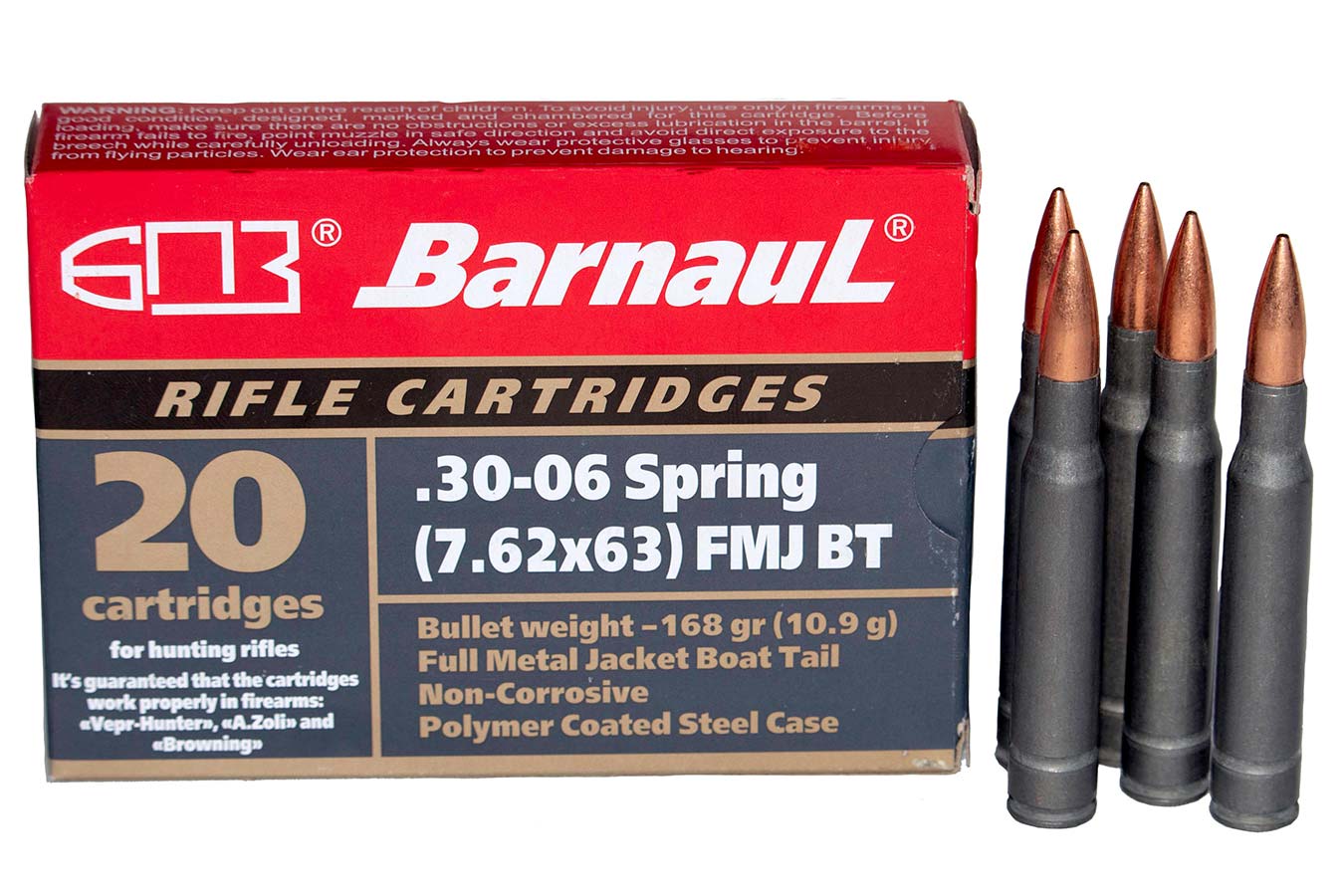 This Barnaul 30-06 ammunition is loaded with a 168 grain, Full Metal Jacket bullet with thin polymer coating which helps in ammo longevity, feeding and extraction. The economical price allows for more practice and fun range time.

The .30-06 Springfield or 7.62×63mm in metric notation was introduced to the United States Army in 1906, and continued in use until the early 1980s The .30-06 remained the U.S. Army's primary .30 caliber rifle and machine gun cartridge for nearly 50 years and is still widely used by many military’s throughout the world.