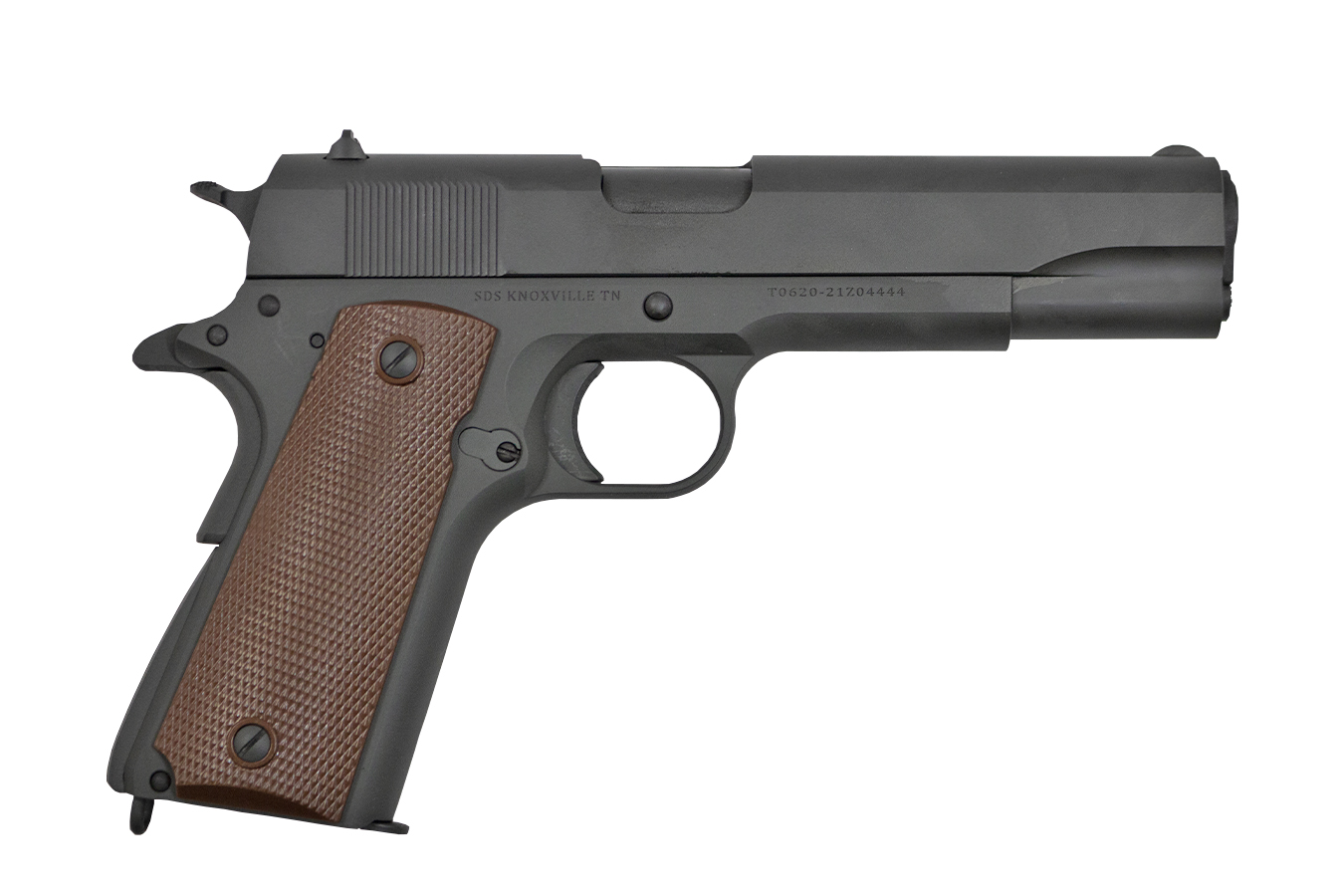 The 1911 A1 US Army is re-production of the US Military’s service pistol in 45ACP.

It may be an import but it's certainly a great gun for those of us on a tight budget. I love it!

(5 out of 5) Great 1911, Price and buying experiance
by Mark from Avon, OH on April 3, 2022
I bought this after reading the review in American Rifleman. It arrived sooner than expected from Sportsman's Outdoor Superstore in perfect condition.
It is a nice piece and handles like a 1911 should. The trigger pull is great, smooth, with little creep and breaks clean at 2-1/2 pounds, far better than the originals. I took it out of the box and it flawlessly fired 50 rounds of Winchester target and 50 rounds of Blazer ammo using both the original 7 round magazine, and a Kimber 8 round one too. Sights were dead on out of the box and off hand at 25 yards I had 3 inch groups. My old 80 series Gold Cup never shot this well. The sights are as original and hard for my eyes to focus too well, but my son had no problem with them at all. For the price this was a great purchase.
(5 out of 5) Excellent
by Greg from Webberville, MI on January 22, 2022

Born and Raised on 1911’s and qualified on them and Carried in the Navy. Shot many that were armory worked and did a year on the North West Navy Pistol circuit shooting them. While the Tisas is NOT an Armory Conditioned piece, I was AMAZED at how well it shot out of the box. I figured I would need to put at least 500 rds down the pipe before it settled in. I now have over 2,000 rds through it with NO issues. Yes, it rattles when you shake it just like the GI’s did and the pull is a bit long, but get used to it’s feel and it’s a joy to shoot. VERY SURPRISED AND PLEASED with this piece. Did NOT expect it to do as well as it does. And the price point: damn. About the only thing going well these days. Worth the $$.

Keeping in mind the price point of this pistol, as in NOT a thousand dollars plus. My own experience has been very good with this pistol. I bought it second hand with no idea what the original owner may have run through it, though the condition suggested not much. I have used Wilson Combat mags and an array of ammo brands and am satisfied. I plan to replace the grips that came with it with some of my own creation. The trigger pull might be heavier than with some others but it is smooth and consistent. Id consider adding another.