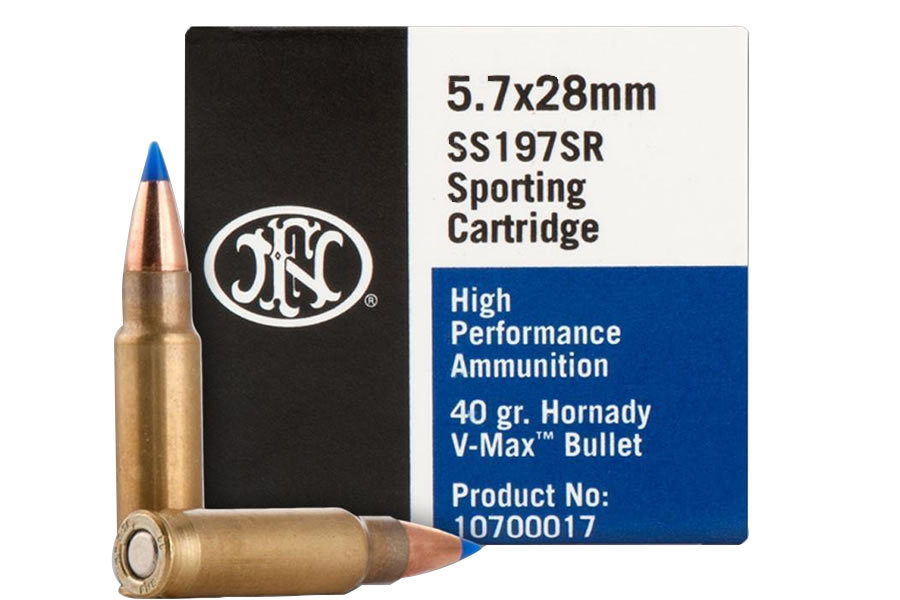 Fully compatible with a wide variety of FN firearms, including the Five-seveN® pistols, FN PS90® carbines and FN P90® submachine guns, the 5.7x28mm cartridge has been specially tailored to excel in several specialized roles.

The SS197SR, distributed in the U.S. by federal Cartridge Company, is ideally suited for sports and training applications.

This sporting round incorporates a conventional jacketed lead core projectile with polymer tip. Intended for general target, competition and hunting use. Exclusively distributed by Federal Cartridge Company in the U.S.

I must say that I am a very satisfied, the delivery was on time and the price was on par with or better than anything local.. will absolutely make more purchases