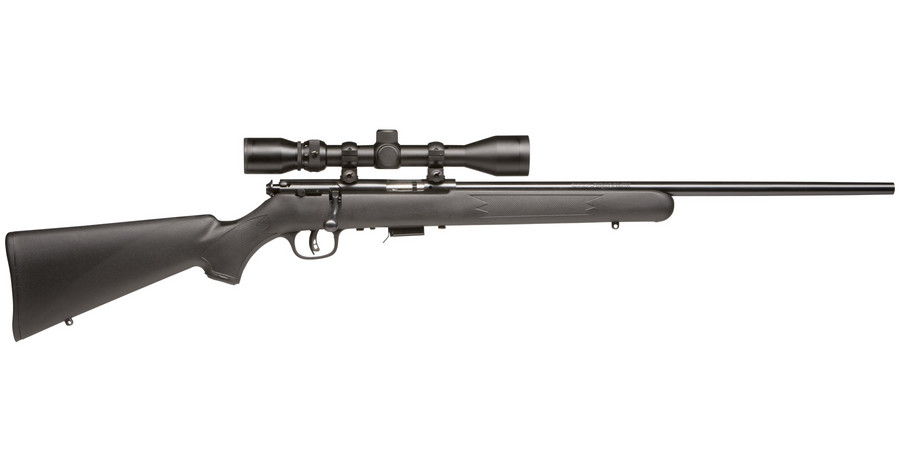 Savage has been making rimfire rifles for more than 100 years, and continues to build on this tradition of excellence. The most fired guns in many gun collections are often rimfires, and that’s why Savage takes them as seriously as any other rifle they make. Savage knows their reputation for accuracy rides on every shot.

My first 17HMR. Attracted by the price of rifle/scope combo. Very impressed by this caliber performance on squirrels. Too much larger game not recommended but functional. I took mine apart and smoothed most of the stamped parts so they operate easily. Biggest negative are magazine fit and quality. The five round that came with the rifle discharged all rounds when I opened the bolt at approx 100 round count. Sproooing... into the weeds. This ammo ain't cheap. It wouldn't work again until I put more bend into the rolled lips. The Savage aftermarket 10 rounder won't feed unless I press on the bottom till the bolt catches the next round. Both mags rattle loose in the rifle, worse than any mag fed rifle I've owned. A pathetic design from a quality arms mfr. Ultimately this rifle functions as a modified single shot. Normal follow-up shots are usually not possible without bringing the rifle down and visually guiding the next round into battery by jiggling the mag. That said I love the weight and length for field carry. However, length of pull is short. I'm medium build and butt plate is slick. Both solved by addition of slip-on rubber pad. Bushnell scope is very good, similar to the old Sportview model except lager objective end. 3X9 works well shooting squirrels as this rifle shoots very flat to 200yds. If it wasn't for the mag feed issues I would rate 5 stars. This is a cheap, lower quality rifle and you get what you pay for. But I expected a functioning ammo feed system.

Just got mine today, havent shot it yet, but transaction with sportsmans outdoor superstore was flawless, excellent, will do business again with them. Will update on rifle when I shoot it.