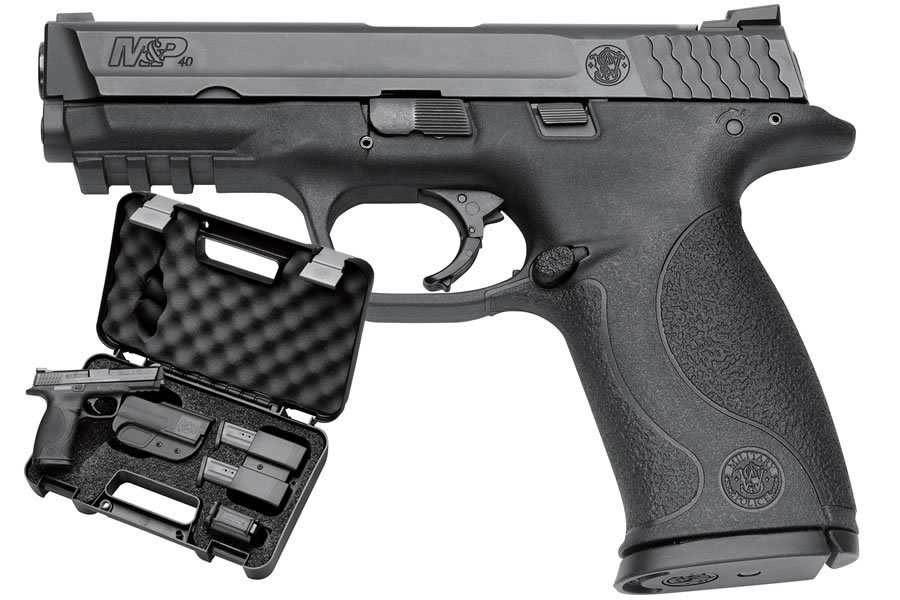 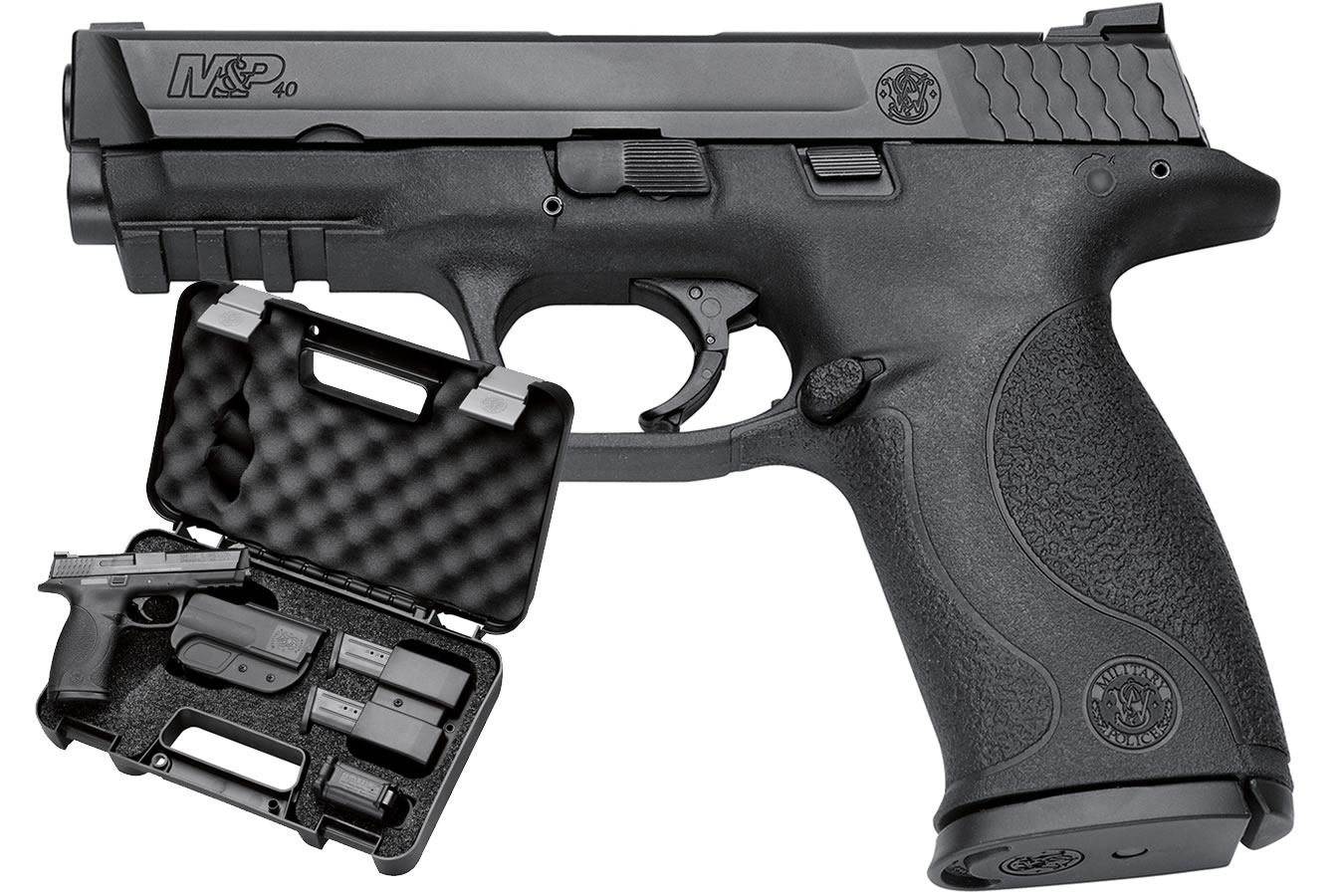 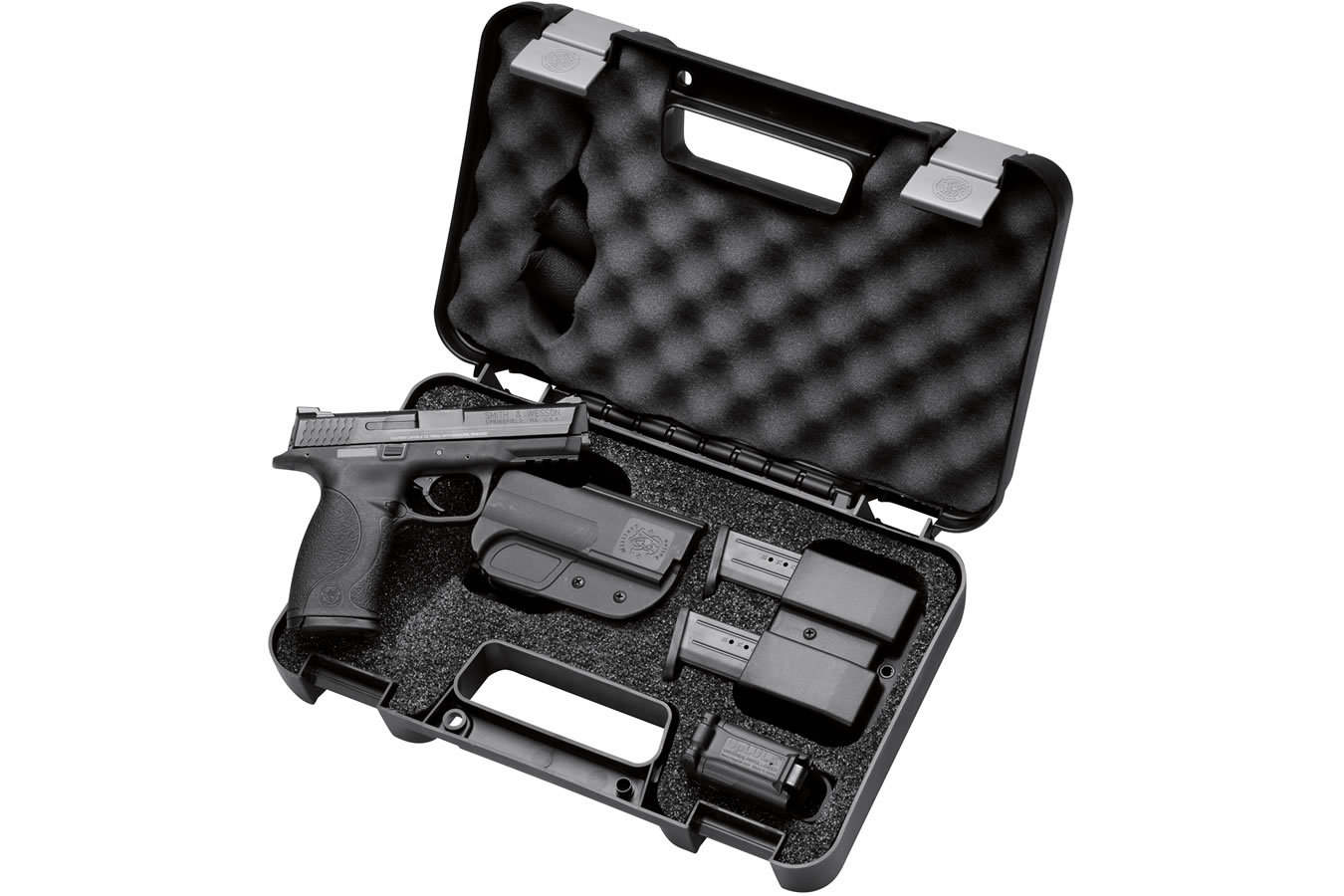 No Longer Available
This product is no longer available. We don't know when or if it will be back in stock.
Share this:
There is a newer version of this item 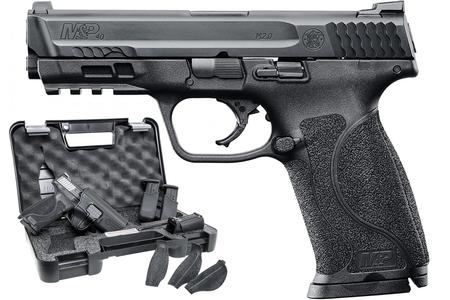 This M&P 40 Full-Size pistol from Smith & Wesson comes brand new with Smith & Wesson’s Carry and Range Kit. The M&P pistol consists of reinforced polymer chassis, superior ergonomics, ambidextrous controls and proven safety features. The new standard in reliability when your job is to serve and protect and your life is on the line.

In the design of the M&P, the needs of military and law enforcement were considered from every conceivable angle. No other polymer pistol offers this combination of versatility, durability and safety. To top it off, the M&P series is covered under Smith & Wesson’s Lifetime Service Policy.

Awesome deal on this entire range package with a great gun. Family is enjoying shooting the gun and weve enjoyed being able to customize the grips as different members shoot. All aspects of the purchase were fantastic. Thanks!

This is a great gun package! One of the nicest handguns I have owned. And the range kit is very useful too. Great gun, great price.

I purchased this Smith & Wesson 40 caliber ranging carry kit from Sportsmansoutdoorsuperstore. After taking the gun to both Maine and Virginia where I could shoot freely, I can say that the gun is a real accurate workhorse. After giving it a workout in Maine for a week with 500 to 600 rounds, it had loosened just enough to be easier to work with then when new. While I was visiting a friend in Virginia we ran another 500 rounds through the gun and it worked flawlessly. Our target of choice was a 5 inch CD/DVD disc at 50 to 100 paces. Our shooting practice included several types of fire. Draw point and shoot, single-handed left and right and two hand target range style shooting. We did both single shot, and rapid shot firing. The gun has performed perfectly every time. I never tried loading one round at a time through the chamber, but why would you do that with a semi-automatic gun

Upon receiving this firearm it would not feed a single round into the chamber. I had to send it back 3 times to S&W for failure to feeds before they finally got it functioning correctly.

Let me start off by saying what a pleasure it was dealing with The Sportsmans Outdoor Superstore. I spoke to my FFL about this very item and he told me to get it...he couldnt beat the shipped price by over 20. So I did a little searching around the internet and found all positive reviews about this company and website. I decided to go ahead and buy and asked my FFL to fax his license over. Order was placed on Tuesday, it shipped the same day and the FFL process went smooth and quick. It arrived on Thursday to my FFL and I picked it up on Friday. The firearm is simply spectacular, I couldnt be more pleased! I will be checking back again for prices that beat all the other online gun sources out there! Keep it up guys!!