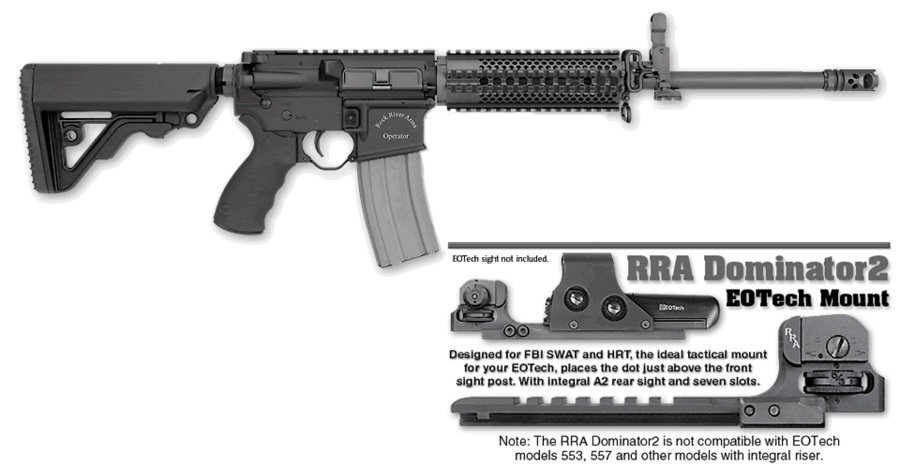 In 1996, brothers Mark and Chuck Larson founded Rock River Arms in an 1,800 square foot shop in Cleveland, Illinois. Mark and Chuck together brought over 40 years of varied experience in the firearms manufacturing industry into their new endeavor.

The quality and reliability of Rock River Arms firearms continues to win new admirers. The U.S. Drug Enforcement Agency (DEA) and Federal Bureau of Investigation (FBI) put a variety of different manufacturers rifles through an exhaustive trials process, and based on those trials awarded Rock River Arms with a 5 year contract as their primary supplier. Since that time Rock River Arms has received additional federal contracts.

Rock River Arms is one of the fastest growing firearms manufacturers in the country, but remains committed to continuing to provide its civilian, law enforcement and military customers with the kind of custom products and services on which its reputation has been built.