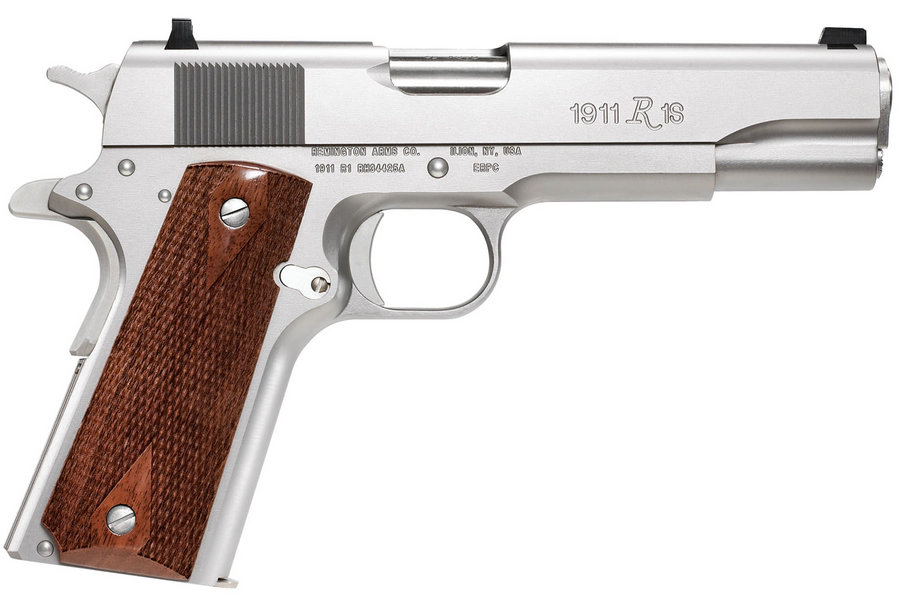 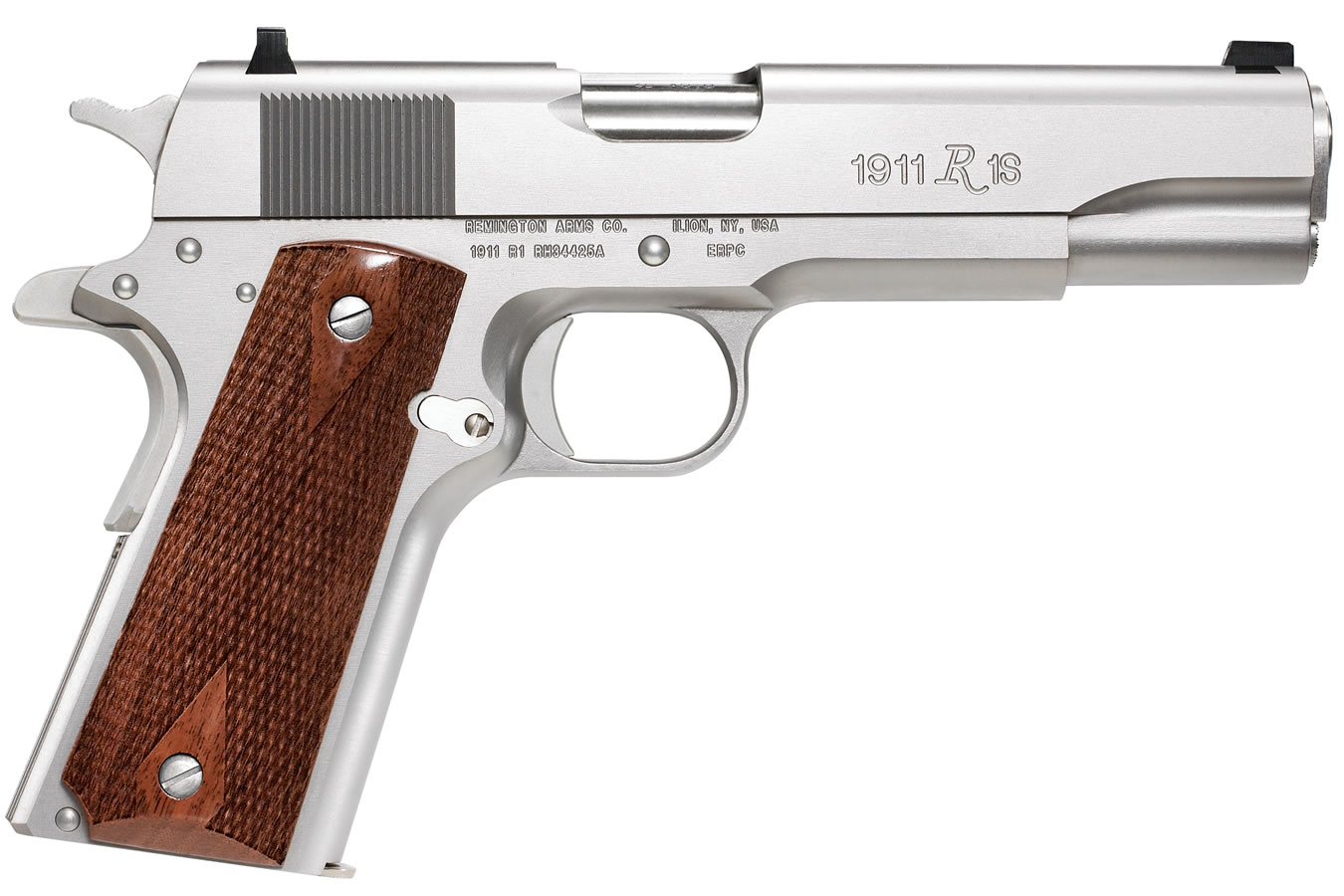 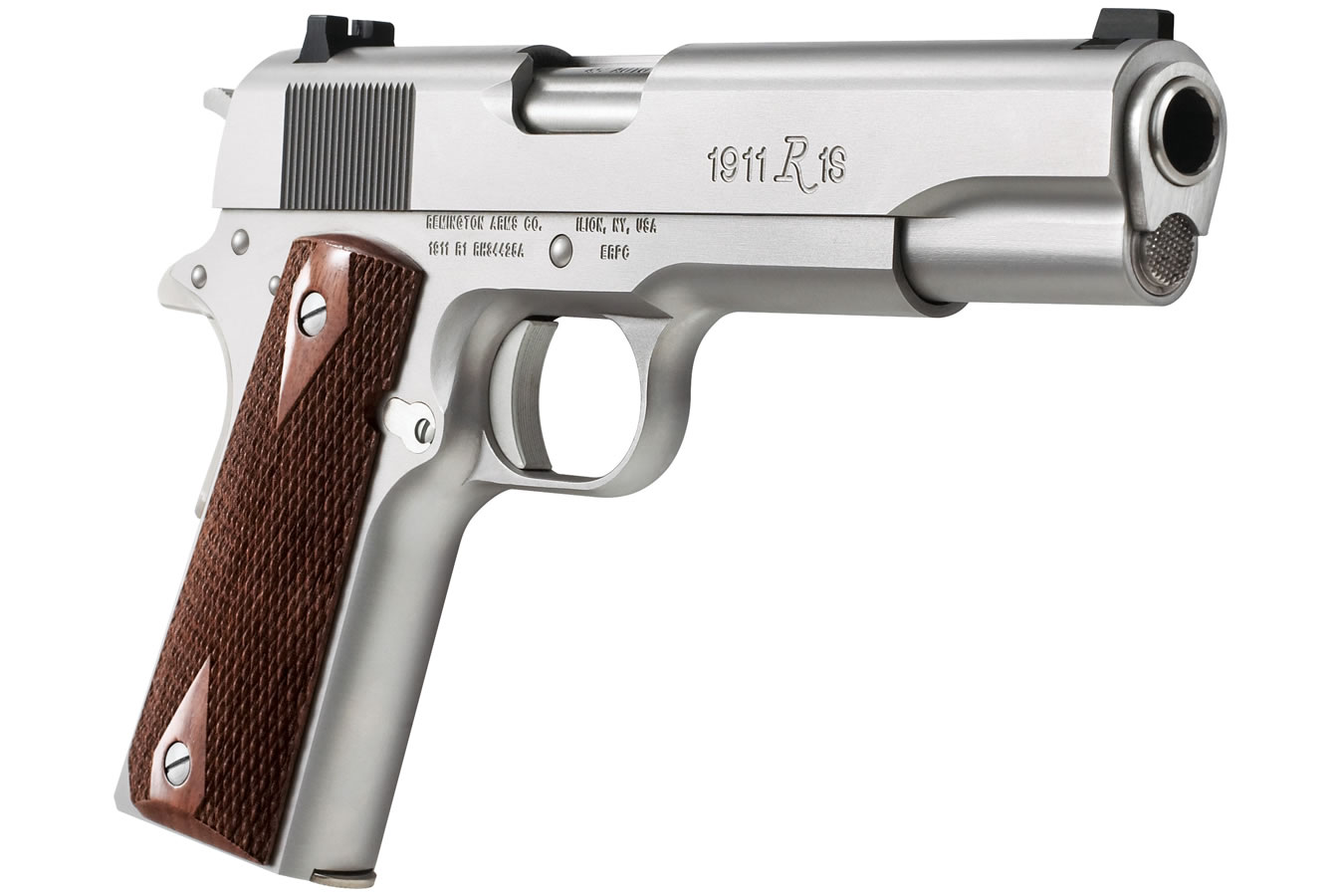 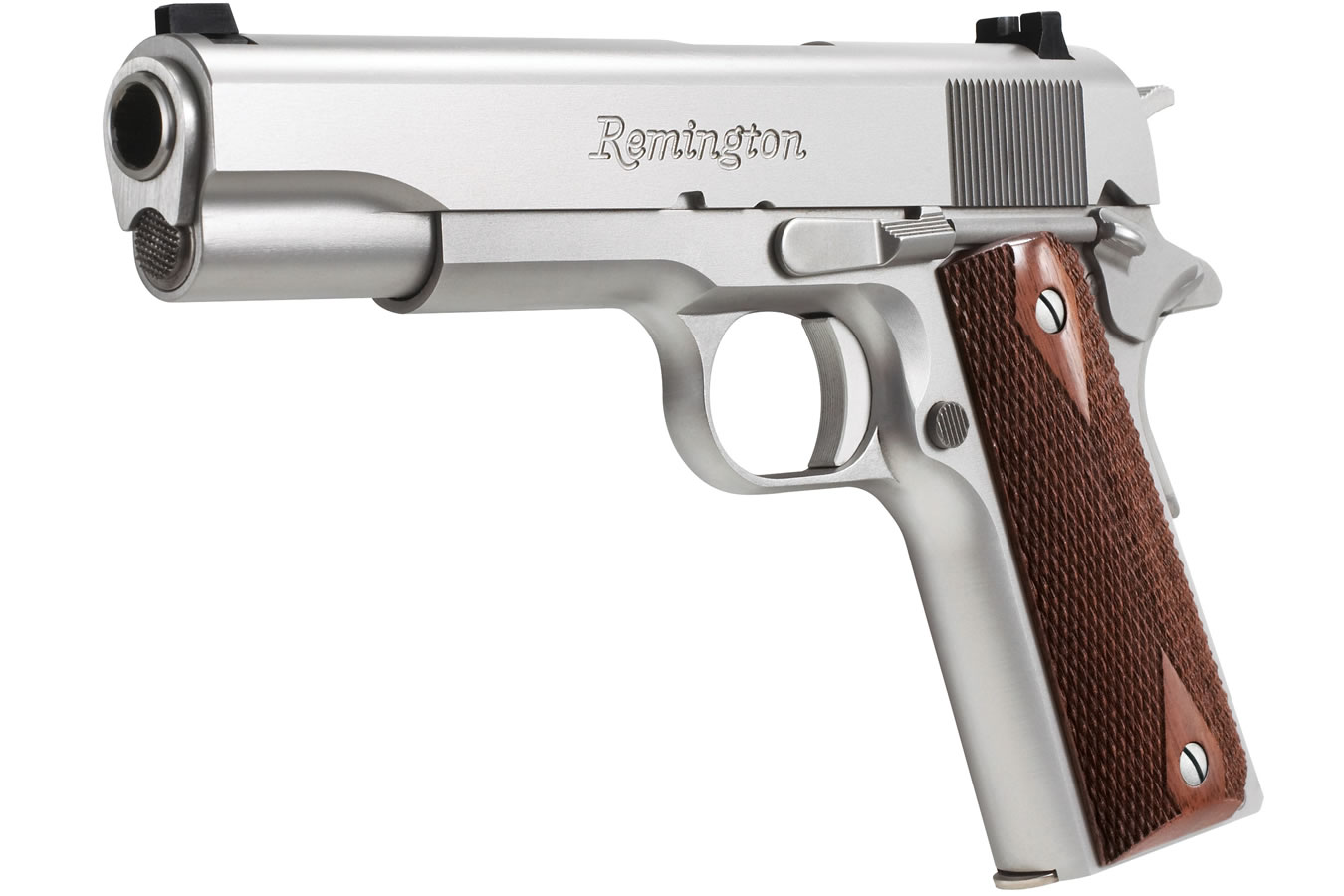 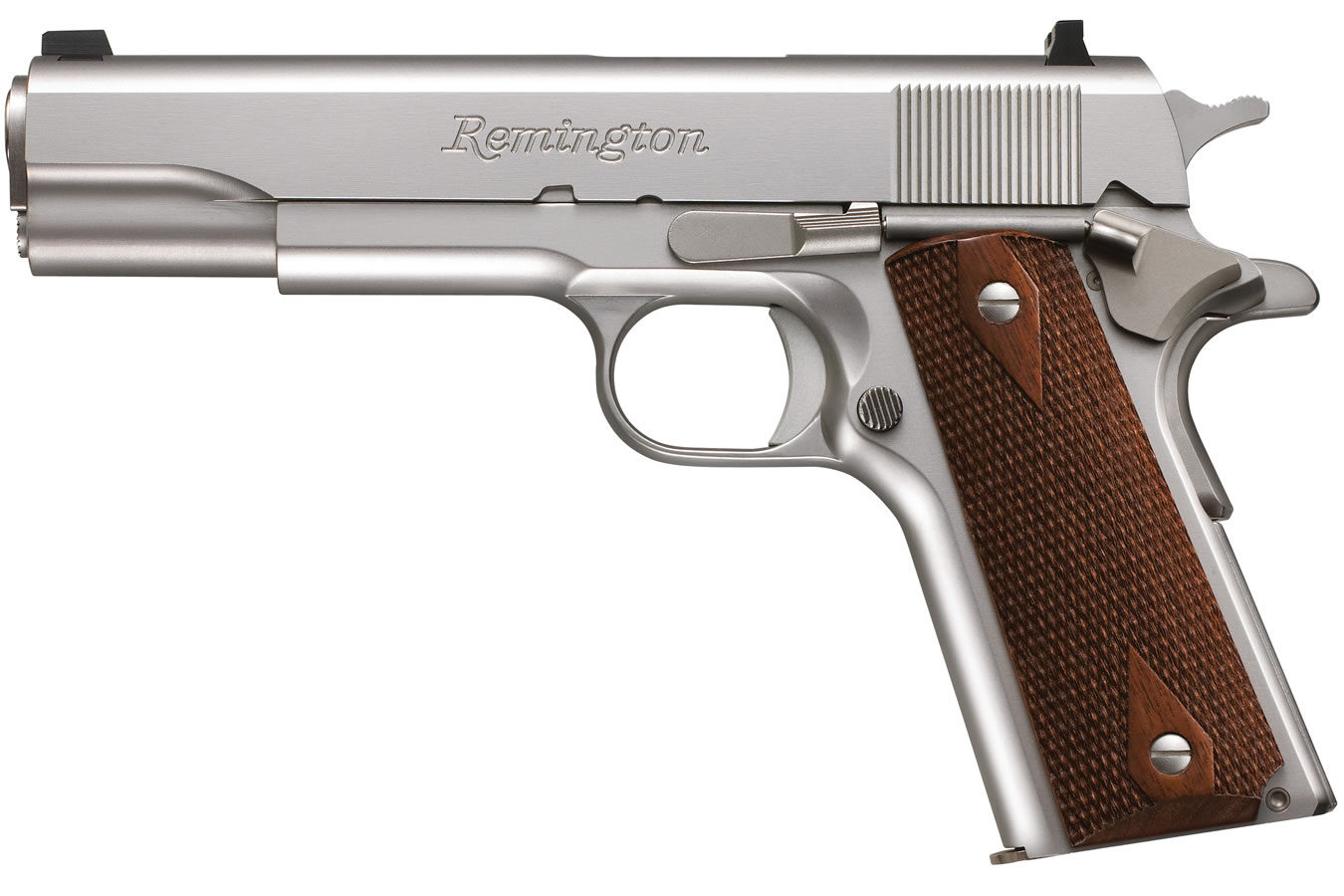 What`s in the Box

The Model 1911 R1 Stainless is truly the finest blend of exacting craftsmanship and out-of-box performance available today. Every element is produced with the ultra tight tolerances on equipment representing the height of modern technology.

This Stainless 1911 R1 is packed with a variety of features including a crisp trigger, dovetailed front and rear sights, precision-machined stainless steel slide and frame, flared and lowered ejection port, and fine-checkered american walnut grips.

Yeah, Money well spent, over $650, but shoots like it cost a lot more. At the time the Enhance R1 was a lot more money, and totally not worth the upgrades. This R1 shot like a champ, very accurate, probably more accurate than I can shoot, I haven't found a favorite load yet. I only shoot Wilson or C. McCormack mags in it. No problems but maybe 1 round in the first mag out of 300 I shot.

I bought this last week and took it to the range last night. I put about 90 rounds of 230 grain Magtech FMJ through it without any jams after only field stripping it and wiping it down. It did leave some red marks on my hands, but 1911s are known for that. This is the second firearm I've purchased from Sportsmans Outdoor Superstore, and their customer service and prices have been excellent!

For a $600 weapon I am very pleased. Shoots well but is ammo sensitive and the few issues I've had were with HP ammo. To date, I've ran over 500 rounds through it. It's accurate and other than a few HP rounds, it's been flawless.

Maybe I was the unlucky one to receive a Remington R1S that was thrown together by somebody hungover! This POS has been a nightmare since I've owned it. The term jamomatic comes to mind. Remington had it sent to a private company in Michigan to have it repaired. Came back with a report stating bad mags. Two new mags were shipped with the pistol back to my residence. Still chokes, not as bad but enough to not trust it. I have cleaned and babied this thing to the point I am sick of messing with it. If anyone has one of these Remington 1911s that does not have any problems, Congratulations! Keep It!