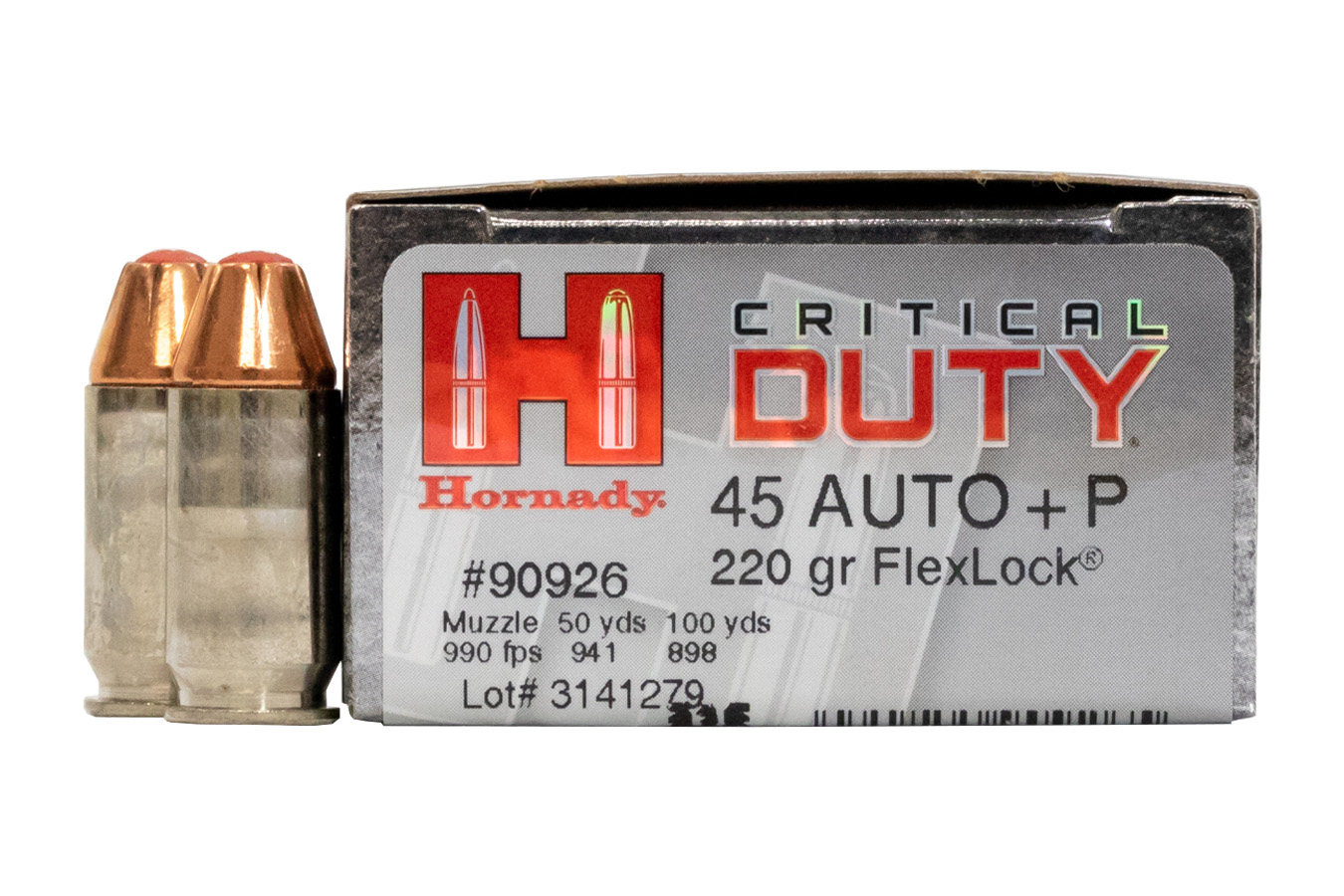 Hornady’s Critical DUTY® handgun ammunition is built to meet the needs and requirements of LAW ENFORCEMENT and TACTICAL PROFESSIONALS, as well as those law abiding citizens who prefer a full-size handgun for their personal protection and demand superior barrier penetration and subsequent terminal performance.

FLEXLOCK® BULLET incorporates two revolutionary Hornady features: the patented Flex Tip® that initiates consistent expansion every single time while preventing any clogging, and the heavy duty InterLock® band that locks the jacket and core together.

INTERLOCK® BAND works to keep the bullet and core from separating for maximum weight retention and proven terminal performance through all FBI test barriers.

If I only had one choice of ammunition to use in my handgun for use in many applications, I would choose Hornady Critical Duty 220gr. +P first. My second choice would be Federal Premium HST +P JHP 230gr. My third choice is Speer Gold Dot JHP +P, then Black Hills.