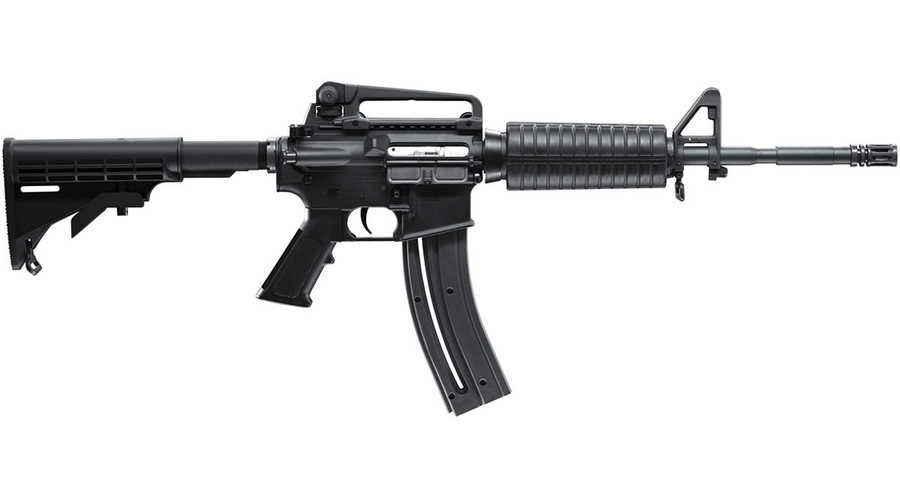 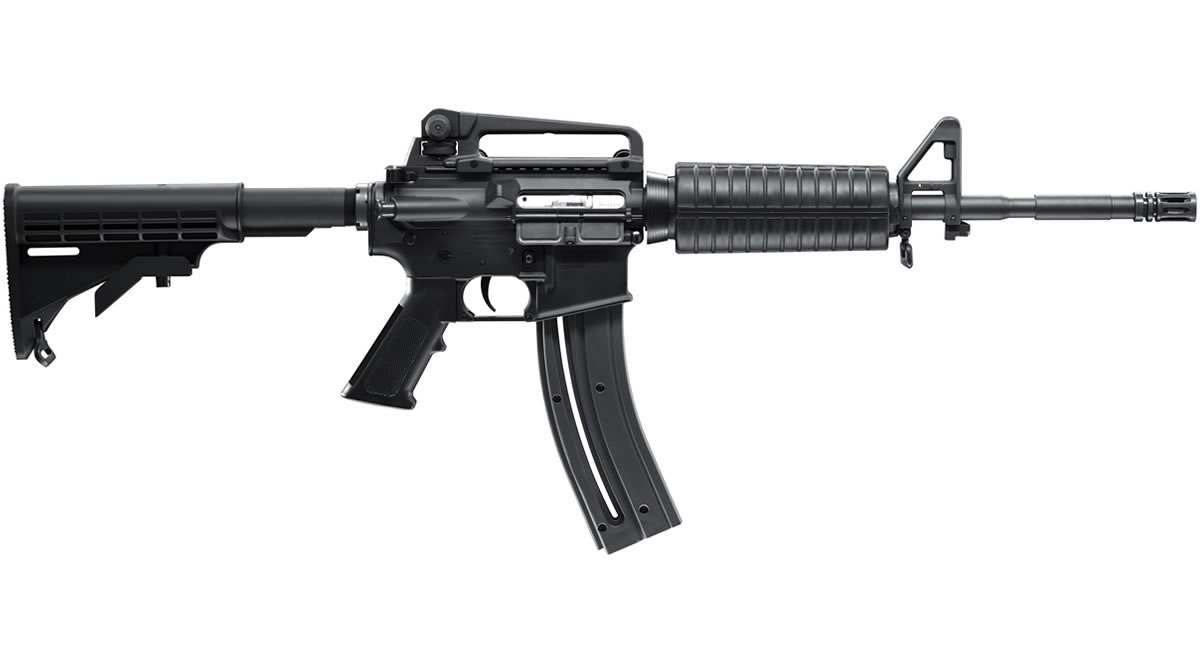 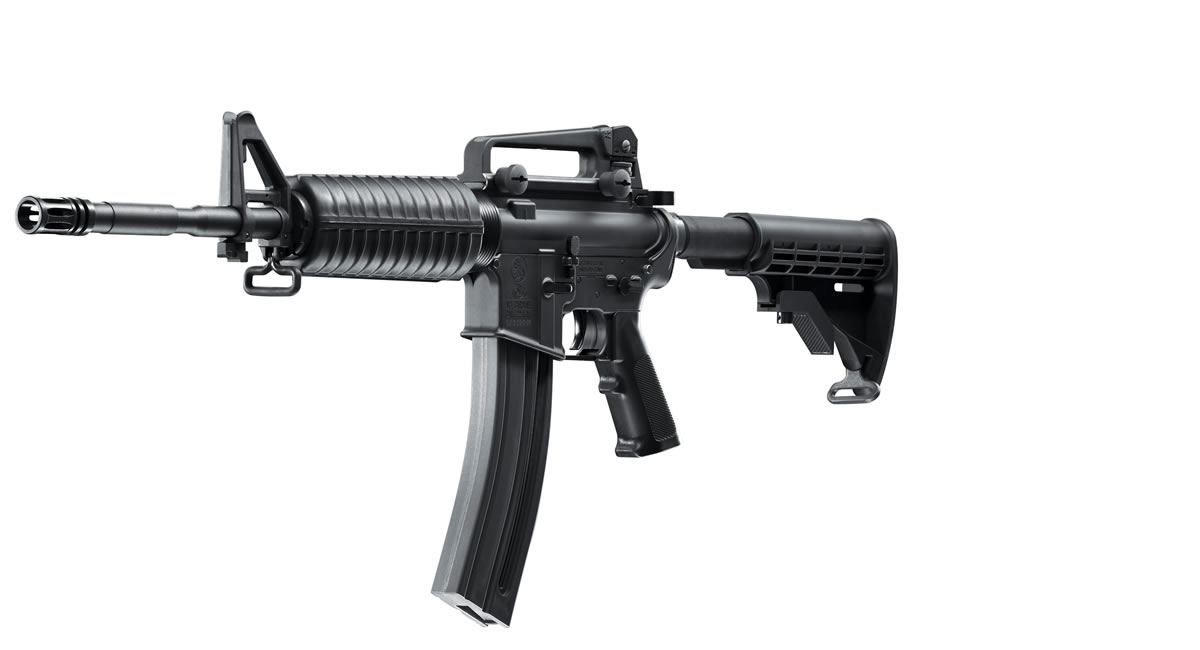 The Colt M4 Carbine is the current carbine version of the M-16 machine gun issued to U.S. troops. The model, chambered in .22 L.R., is manufactured exclusively by Walther under license from Colt. It is the only genuine Colt tactical rimfire replica available in the world.

This rimfire rifle features a carbine length barrel, collapsible stock and removable carry handle. As with the original, the upper and lower receiver is made of high quality aluminum. Other features include:

There are many manufacturers who make replica M4s. This one really hits the mark. I have owned mine for nearly 3 years now and consider it one of my two best .22 Cal rifles. It looks and feels exactly like a real AR. It is a couple pounds lighter which makes it very easy to shoot. It is advertised with a match grade barrel. I wouldn't quite go that far. I own the tactical version of a Ruger 10/22 and it is a bit more accurate. I can rip the 10 ring out at 75 yards with my Ruger. With this Walther version I can get a consistent 1 1/4 cluster at the same distance. Cosmetically it is almost the same. Obvious exceptions, the bolt release is non functional as is the forward assist. From a reliably perspective, I run CCI Mini Mags and with probably close to 5,000 rounds. I've had less than 10 jams. If using non OEM mags, be careful to make sure the first round in your Mag is correctly positioned with the bullet end slightly up. Otherwise you might have a mis-load on the first round. Great fun for pennies per round and a great training rifle for your kids.

I bought this gun late last summer, on a hell of a sale and SOSS shipped it quickly to my FFL. Upon inspection, it was a nicely made gun, heavy, and sure didn't look like it was a 22. Once I was able to get it out and shoot, it was accurate as all get out. I love this little gun.

I have this Walther Colt replica. This is the best gun I have. Super accurate and looks and feels 100% like the real Colt!!!! 5 stars!!!!!