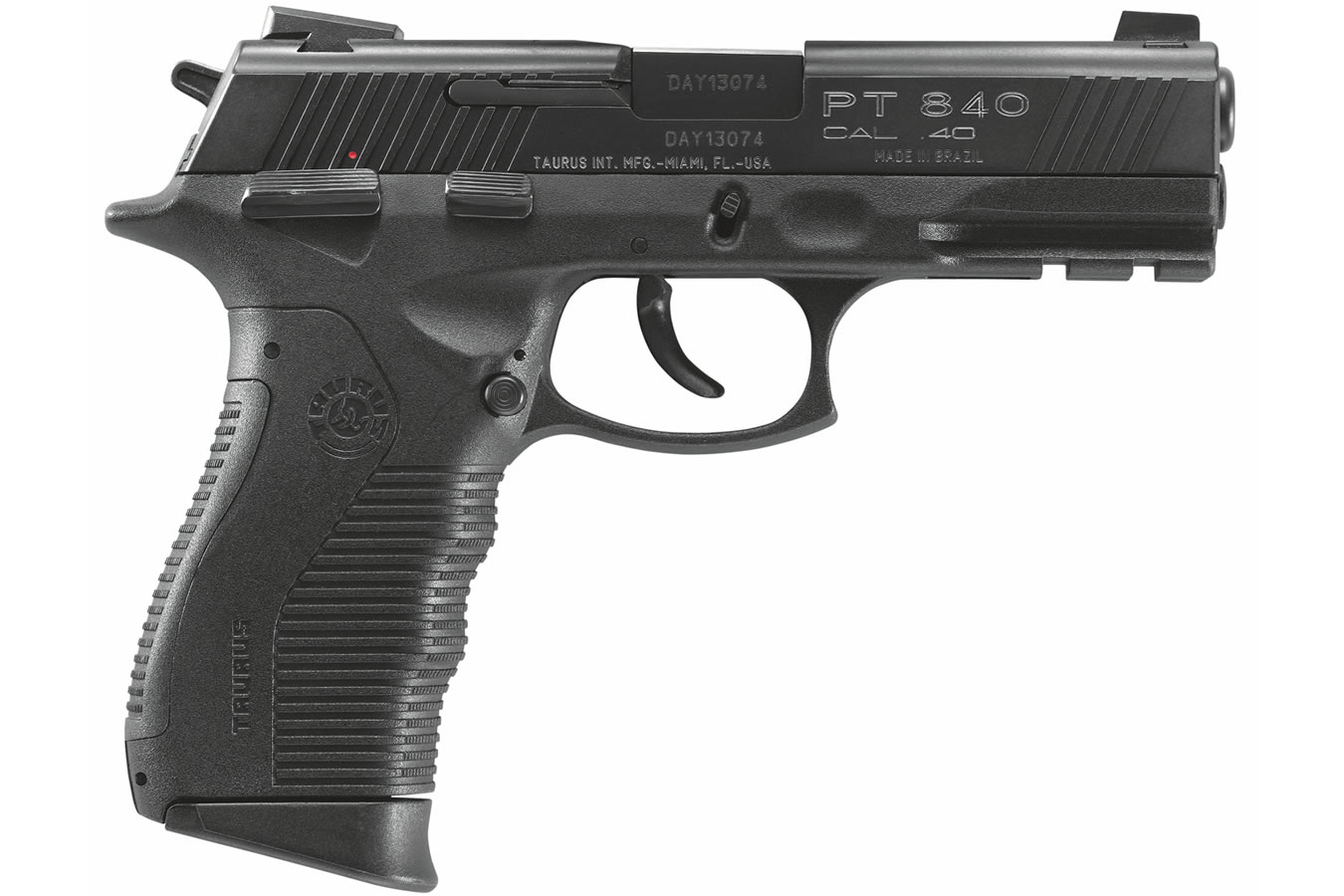 The new Taurus Model 840 has all the features you expect to find on what is the most advanced semi-auto pistol in the world. It is derived from the successful "Taurus OSS" pistol they designed for the U.S. Armed Forces, but adds an external hammer that has been requested by so many. "STRIKE TWO" CAPABILITY - The Taurus 800 Series is now ready with "Strike Two" capability. If you have had a hard primer and the gun misfires, the 800 Series senses this and automatically gives you instant "Strike Two" capability by resetting the trigger for automatic double action re-strike. No need to do anything else, simply pull the trigger. Research indicates a 93% or better chance the round will fire on re-strike. When it fires, the 800 will automatically revert to single action by itself. If it falls on a dead primer, simply manually recharge and keep going.