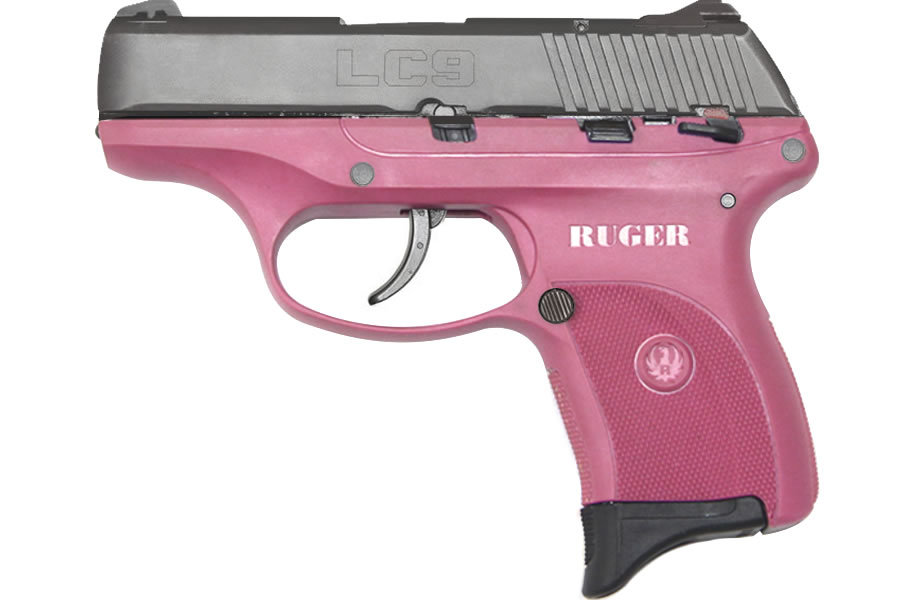 This product is no longer available. We don't know when or if it will be back in stock.

The Ruger LC9 Raspberry is a double-action-only, hammer-fired, locked-breech pistol with a smooth trigger pull. Control and confident handling of the Ruger LC9 are accomplished through reduced recoil and aggressive frame checkering for a positive grip in all conditions. The Ruger LC9 Raspberry frame features smooth melted edges for ease of holstering, carrying and drawing.

A seven-round, single-column magazine is provided with each LC9 pistol. The magazine’s standard flat floorplate aids concealability, while the provided finger grip extension floorplate offers an option to shooters who prefer a longer grip surface with more hand-to-pistol contact.

The Ruger LC9 Raspberry is compact and just slightly larger (less than 1 inch in both height and length) than the popular LCP. Its rugged construction consists of a blued, through-hardened alloy steel slide and a black, one-piece high-performance, glass-filled nylon grip frame.

Bought this gun for my girlfriend for personal protection and she loves it. Easy to handle, perfect size and just a great gun

Small simple with a nice punch, love it !!

This gun is excellent! It shoot great, has safeties that other guns this size don't have. Feels very high quality. The value is excellent.