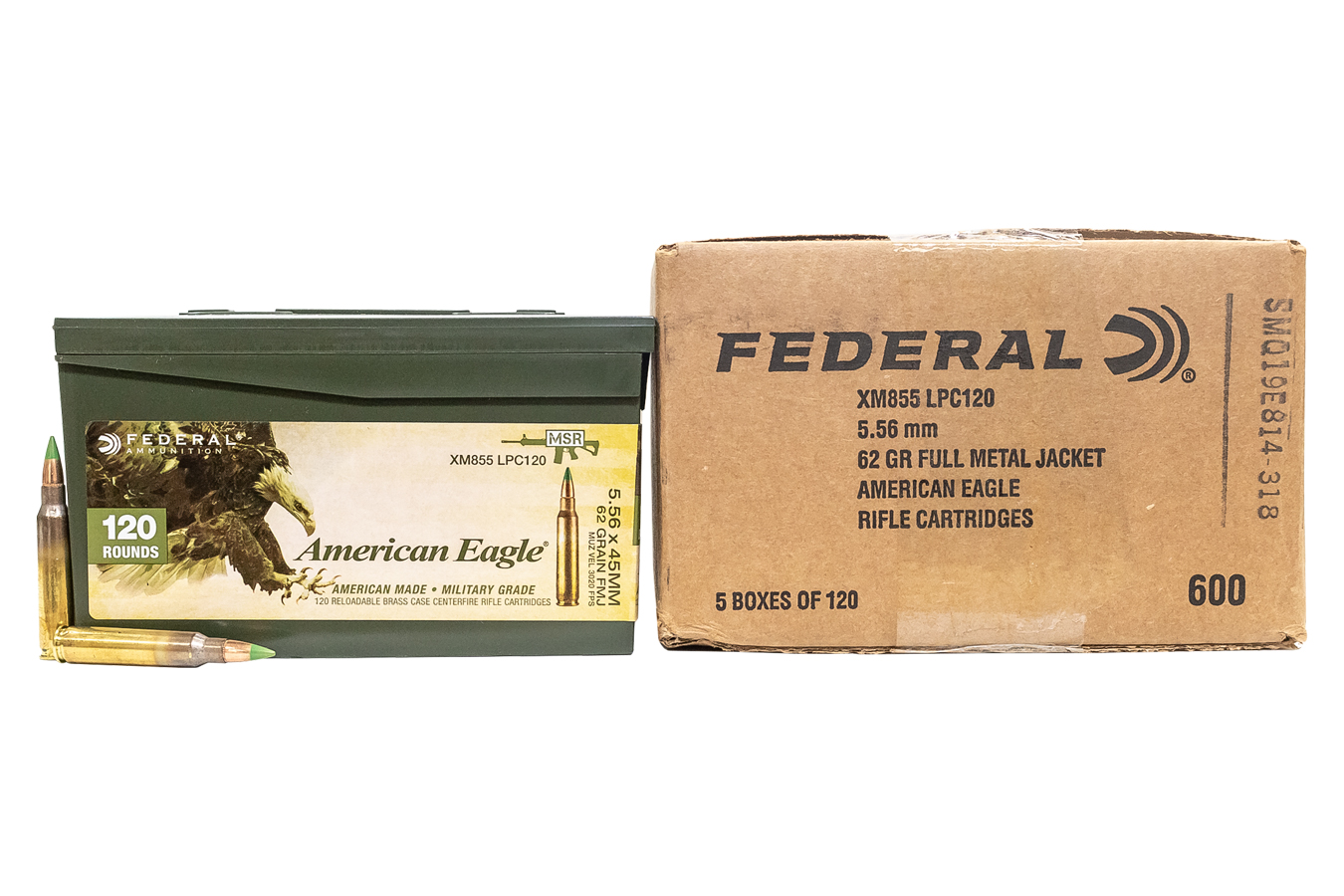 600 rounds of Federal Lake City XM855 comes packaged in five miniature plastic ammo cans, with 120 rounds in each. 5.56mm M855 Ball Ammunition has a green bullet tip. Adopted by NATO in 1980, the new load has a spitzer boat-tail bullet. It also has much-improved penetration characteristics over the old M193 55-grain projectile at all ranges, resulting in higher retained velocity and greater accuracy at long range. The 5.56mm M855 is ideal for use in the M16A2 and M4 rifles.

Manufactured at the Lake City Army Ammunition Plant in Independence, Missouri, where every cartridge is visually inspected before packing.