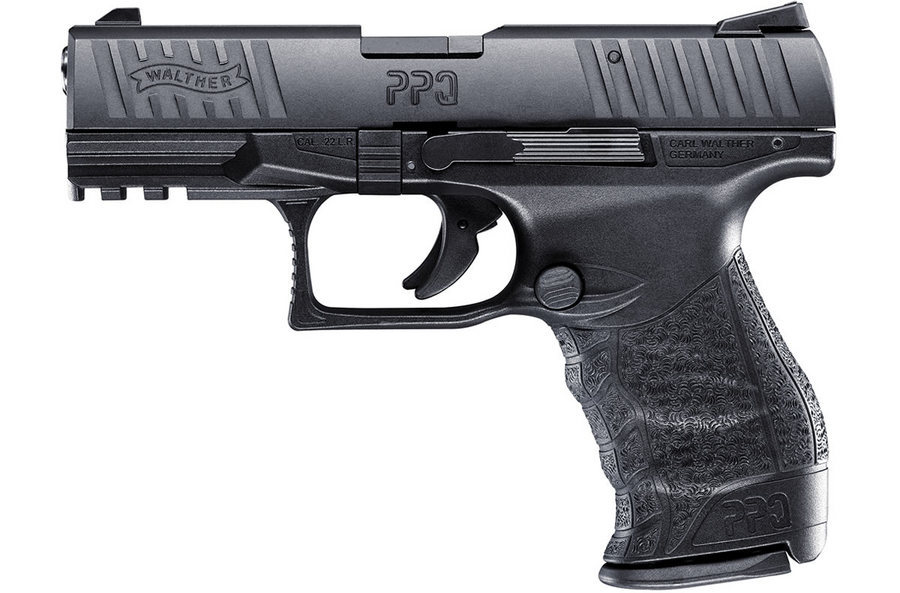 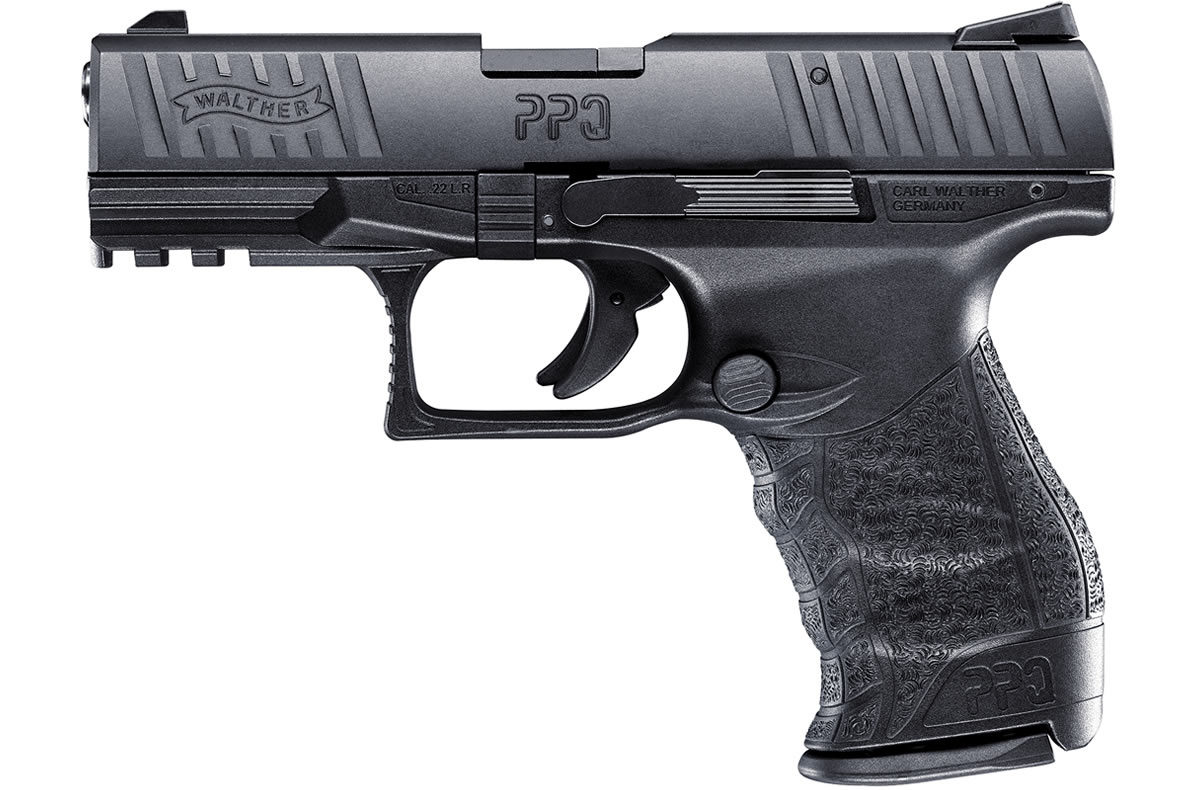 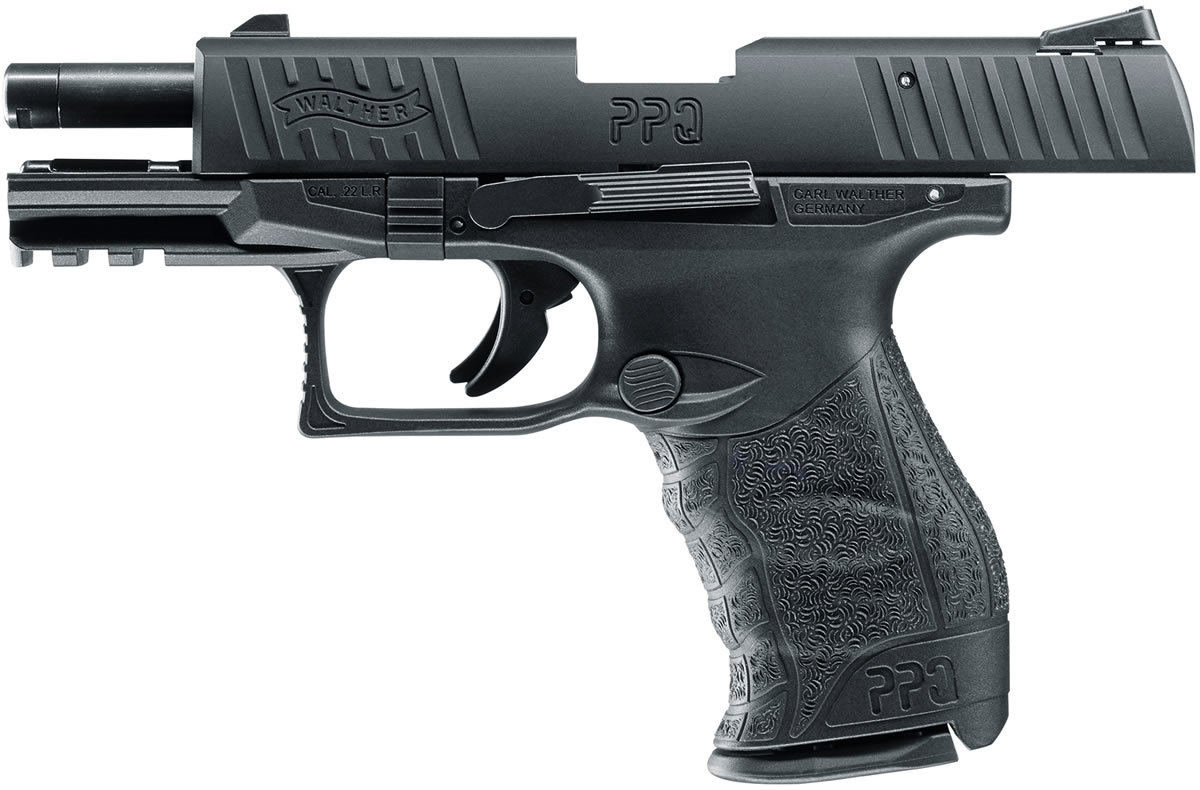 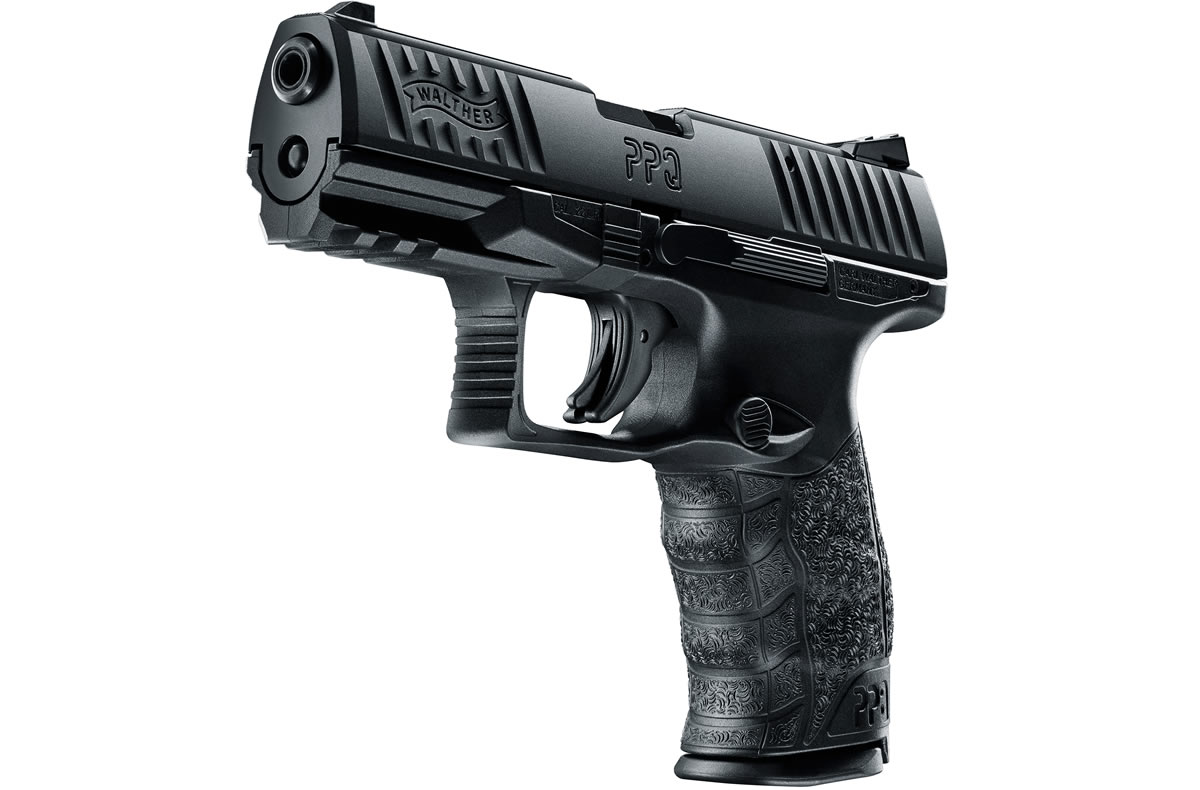 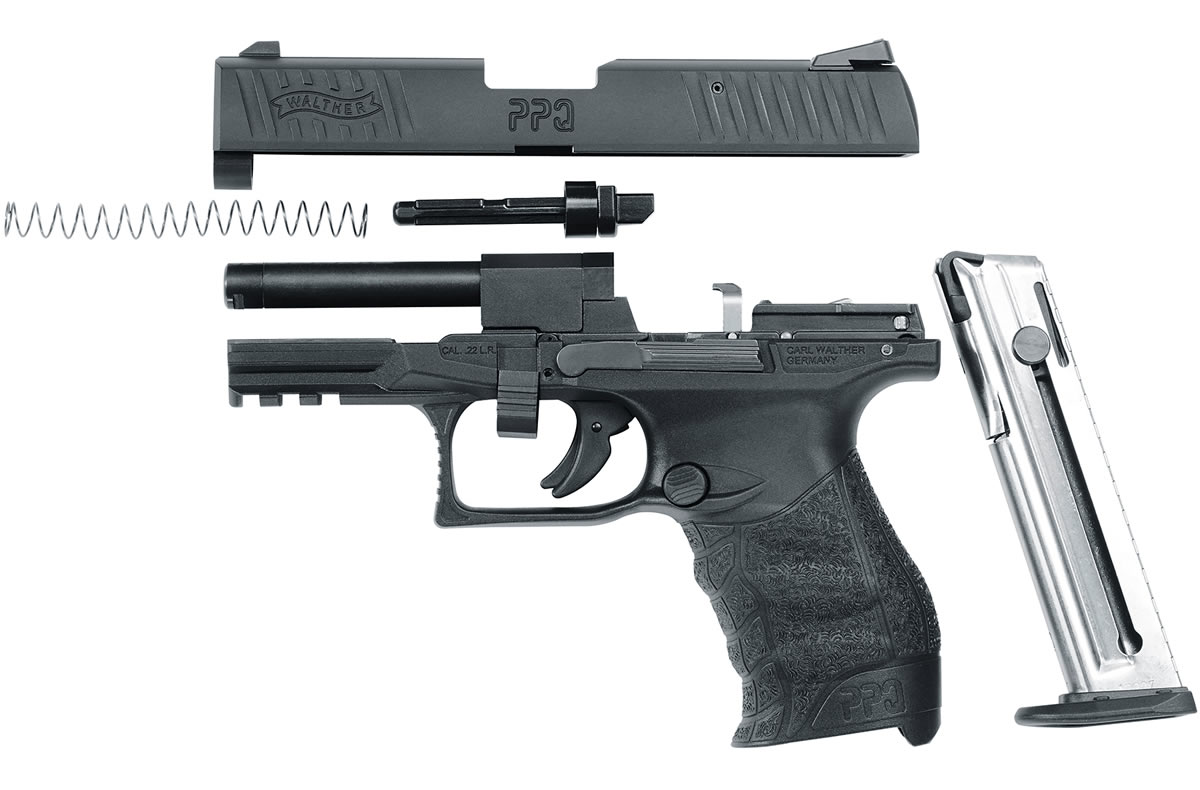 The Walther PPQ M2 .22 is the best of both worlds. By combining smooth-shooting ergonomically-advanced components of the PPQ with the fun and cost savings of .22 rimfire, you have the pleasure of shooting shot after shot both accurately and affordably.

I have about 5 - 22lr pistols in my collection right now. I just started collecting the 22lrs and i am so impressed with this pistol. Everyone that shoots it loves it. When its suppressed its even more fun! I have the Taurus TX22 and the S&W M&P22 and i actually like the Walther better then both. It's a great pistol to shoot.

Feels exactly like the 9mm version in your hand....not like a cheap POS like other .22s which I shall not name. This gun is highly accurate. Ammo is cheap, and doesn't beat you up like a 9mm or .45 will after you shoot 50+ rounds. Just put 200 rounds thru it today with zero ftf. If you try one you'll buy it. Walther really nailed it with this gun.

Bought to replace SR22. A real step up because it doesn't feel like a toy. Shoots just my sons PPQ 9MM and eats any type of .22 I've fed it.

I have several handguns, and I have to say this is the most accurate I have ever shot. Right out of the box, I was hitting bulls-eyes at 15 yards. I am a senior, so I know those with better eyes can hit further out. I have a PPQ 9mm that is exactly like this 22 in looks and feel. Shooting the 22 helps me stay on target when I go to the range with the 9mm. I have other 22s, but have not used them since I bought this PPQ a few months ago. The gun really like Aguila Ammunition high velocity. Stay away from the ammo that starts with a W.

I have 4 22LR pistols, and this one tops them all and at a lower cost. Bulls eyes right out of the box. It just feels great in the hand. Back sights are blacked out, so you focus on the white front sight. Target sights are excellent for the range and training. I will be ordering this gun in the 9mm version as well. Oh, and the trigger is amazing as well. I will give my others to the kids.

I purchased this pistol from Sportsmans Outdoor Superstore late Sunday evening and it was at my FFL by noon on Friday. Their price was $30 cheaper than anyone else online and included free shipping. I received email updates as to the status from ordering through delivery. Very happy with the purchase and service. The pistol exceeded my expectations for quality and value. My grandson and I shot 150 rounds through it with 0 FTE or any other problems. Fun gun to shoot and very accurate. I will be seriously considering buying another PPQ M2 in a higher caliber, in the future.

I purchased from Sportsmans Outdoor Superstore as well and it was at my FFL 2 days later. Awesome price and free shipping will make me a long time customer as well!

The gun is beautiful and feels better in the hand than any other handgun I own. You can tell the gun is going to be awesome just by the attention to detail they put into this gun. It is made in Germany not an Umarex Import or cheap knock off and has the german markings on it.

I fired 100 rounds of old Remington ammo my dad had lying around and it functioned well with a few failure to feeds that when were cleared was evident the lead bullet had dented on the feedramp. This was in the first few rounds fired and cleared up after 30 rounds and did not happen again. The gun was not cleaned / lubed before firing.

Accuracy was the best I shot that day with 2inch groups standing no rest at 15 yards with said bulk ammo. I am not a match shooter by any means and think this gun is extremely accurate.

VERY NICE trigger - very responsive and did not feel heavy though I did not test with a pull gauge.

I will Probably buy the PPQ M2 9mm now as well

Sportsmans Outdoor Superstore is my new online firearms source! Ordered my new PPQ 22 on a Friday and it was at my FFL on Monday afternoon. I will never order from another online source again. I was really impressed by the speed of service and the quality of the product.

As for the product, I am really happy with the quality and the condition of the handgun. It is miles above the old P22 I bought for my boys. Took it out for the first time this weekend. Good times! We ran about 250 rounds through it and it ran well. This gun was really accurate out of the box. We did notice that it did NOT like Federal Champions or Winchester SuperX. When using those, we had several failures to feed. It ran flawless using CCI Mini Mags, CCI Standard, and Federal Automatch.