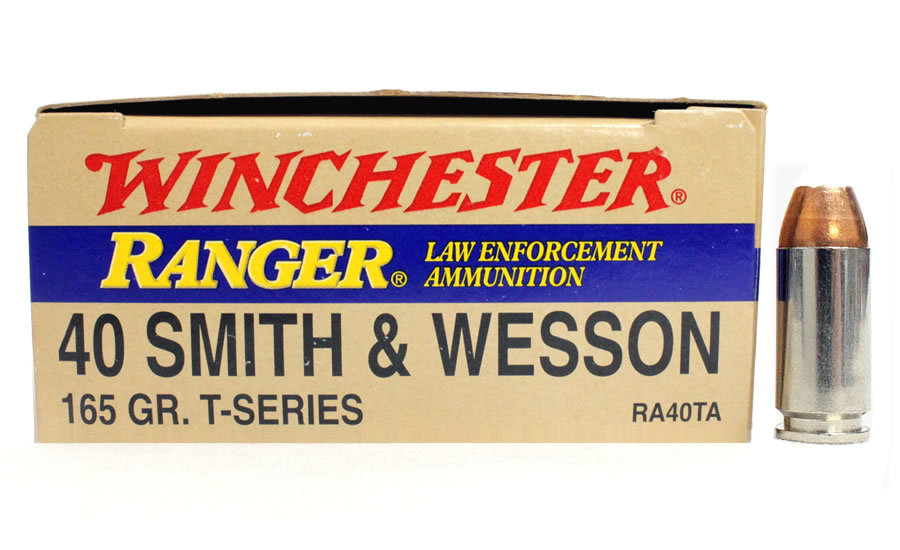 Be vigilant. Purchased these in the past. Excellent round but a couple old boxes were missing rounds.

I have a bunch of these, purchased in 2019 for .50 per round. I had noted that this round and the 180 grain as well consistently outperformed most other .40 s&w rounds in ballistics tests. I couldn't believe it when I searched for them, I found them to be about half price compared to most premium hollow points. But...its true that it is not a soft shooter. Its a jumpy little sucker. I thought I could practice for them with 165 grain WWB FMJ ammo...nope. They're not comparable. The WWB is pleasantly snappy. The Ranger T POPS. Its louder, pushes harder, and has more flip than most other .40 ammo that I've fired. Its still controllable though. It just takes some practice. I drilled a penny sized bullseye from 7 yards the first time I fired it, just missed it the second shit, then proceeded to miss the paper with the next 10 rounds. Second mag I missed 3 more, but then started dialing it in. I'm still a little better with the WWB practice ammo, which I have fired at least 1000 rounds of, but i'm more than good enough with the Ranger T to do the job. I felt like I improved a ton as a pistol shooter over the course of 48 ,rounds. Practicing a bit with powerful ammo will probably make most of us better shooters. The beauty of this stuff is that its still a fair amount cheaper than comparable .40 ammo and one might be able to afford firing off a full box for practice.. Its still one of the better performing .40 rounds too, maybe the best. Don't buy it though. Let it sit and see if prices keep going down. Hopefully I catch that first and buy it all!

Fedex totally dropped that ball on my order... Shipment of ammo came damaged with half the rounds missing. Filed claim with Fedex only to have it declined ... Trying to get ahold of customer service with sportsmans but haven't been able... Call waiting for minutes at a time. I will continue to try.

Ranger Ts are the best

Was HAPPY to find these hard to locate loads. The delivery took 2 weeks to arrive really now!, but there was no urgent rush as the anticipation to shoot them was exciting. Shot 3, 5-rounds sets from a sandbag rest @ 10 yds with two different pistols. The ammo did not perform well in the Kahr 40, and was impacting low and left about 6 inches. The Beretta Storm PX4 was much better and made a fairly tight grouping just above center target. However, as expected from a 165 LE load, this ammo was very SNAPPY in both semi-autos. The ammo cycled without any hiccups. In sum, my experience is mixed, ergo, an average rating. I would not carry this load in my current SD guns due to the inconsistency in accuracy and the increased amount of recoil.

Thanks SOS for making these available.