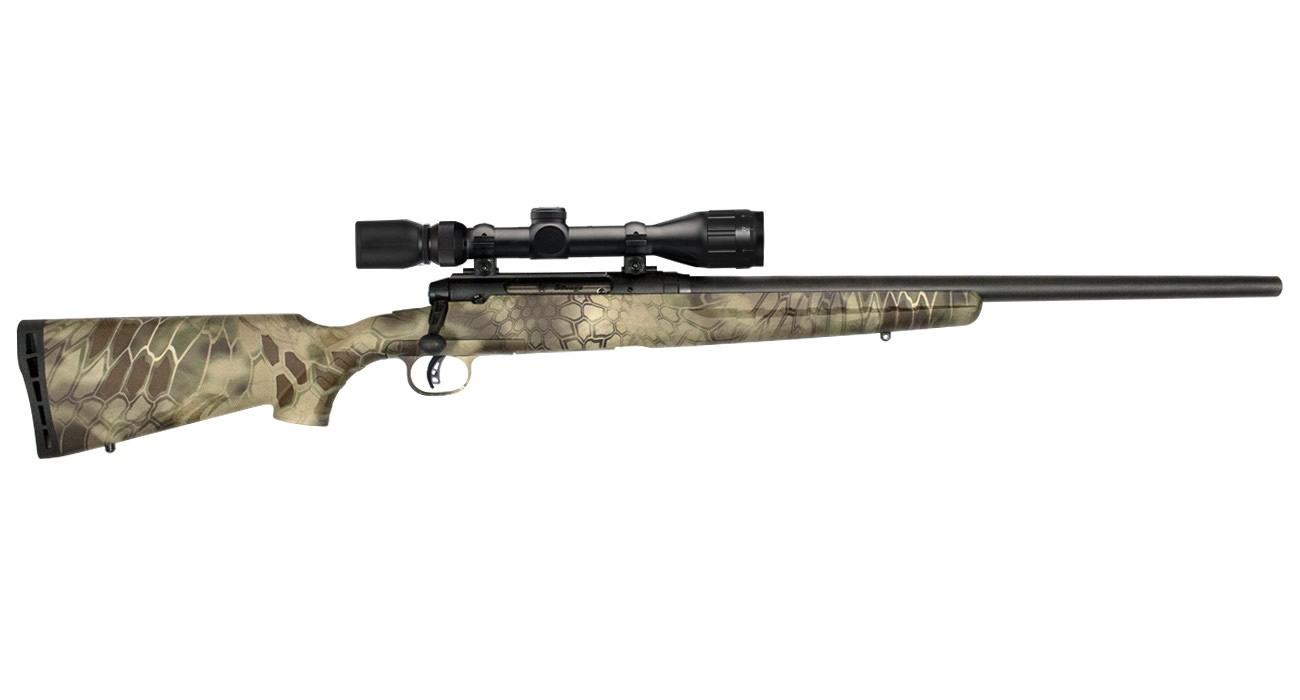 This brand new, exclusive Savage Axis II .243 Winchester rifle features a Kryptek Highlander stock and a Bushnell 4-12x40mm SharpShooter scope. Savage has also equipped this model with a Heavy Barrel. These features are all new to the Axis II family of rifles, and are not found on any other Axis II model. This new Savage Axis II Kryptek rifle, chambered in .243, is the perfect way for a new hunter to go from the store to the field.

Love this rifle! I had to do some adjustments, wasn't close out the box, but is a tack driver once sighted in. Sportsman's Outdoor Superstore was on time and and a great deal! Thanks again.

I've had this rifle for a couple of years now and I'm very pleased with how it performs. Mine also likes the federal 100 grain ammo, thinking of getting one in 6.5.

Caught this gun on sale last year on Black Friday, that price + mfg rebate I landed this gem for $249.99. Worked up a few different hand loads and found one the gun likes. It literally makes a ragged hole. 243s are known to be shooters, but Savage hit a home run with this one!

The gun performs great and looks great. It was described as being bore sighted...but there is no way because the back scope ring was so loose, it was wobbling around. The action to the stock had some play as well. No defects, just everything had to be tightened before using. It still hit paper from 100 yards, about 8 inches up and to the right, but on paper. It's a great gun, great deal, but it didn't get quite in the fashion they advertise it to.