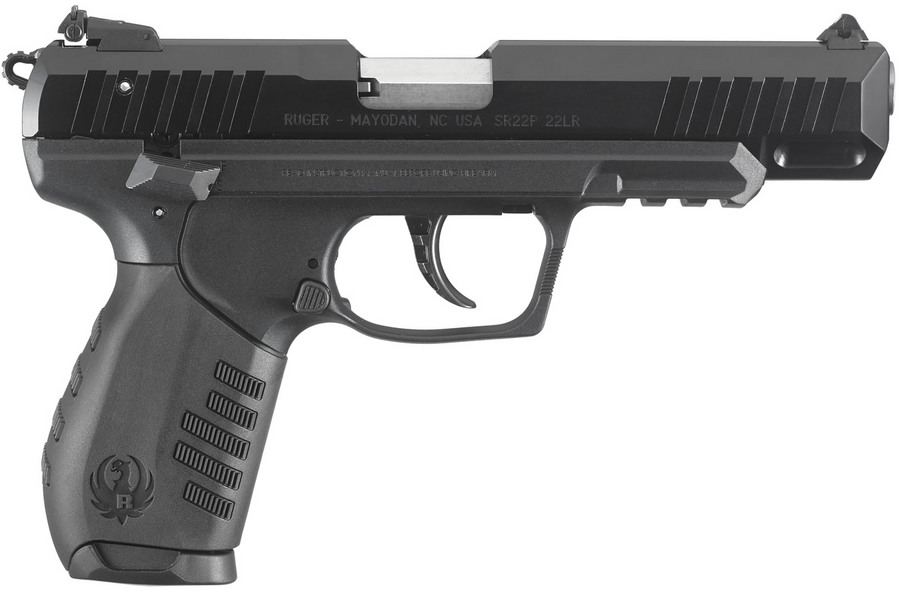 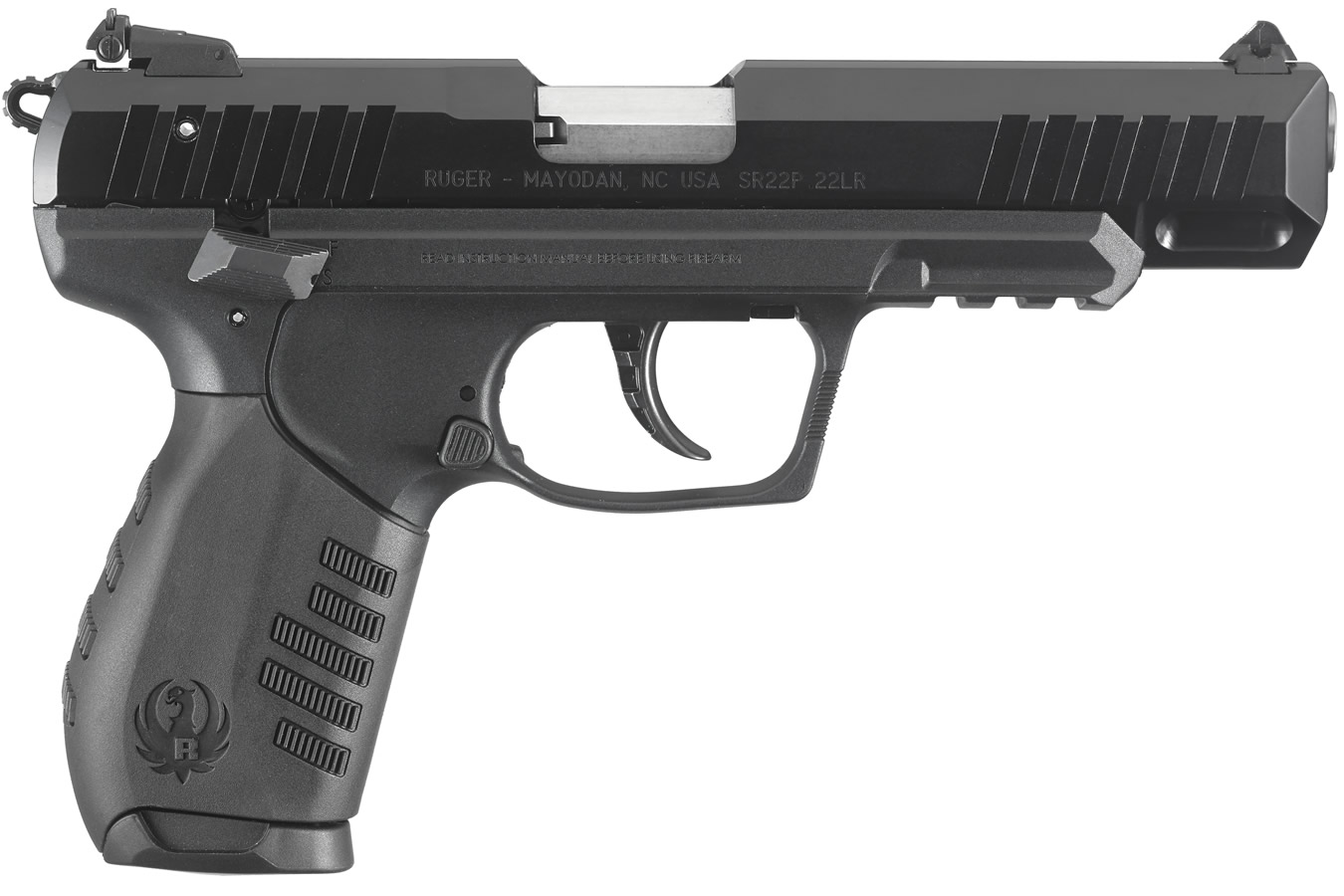 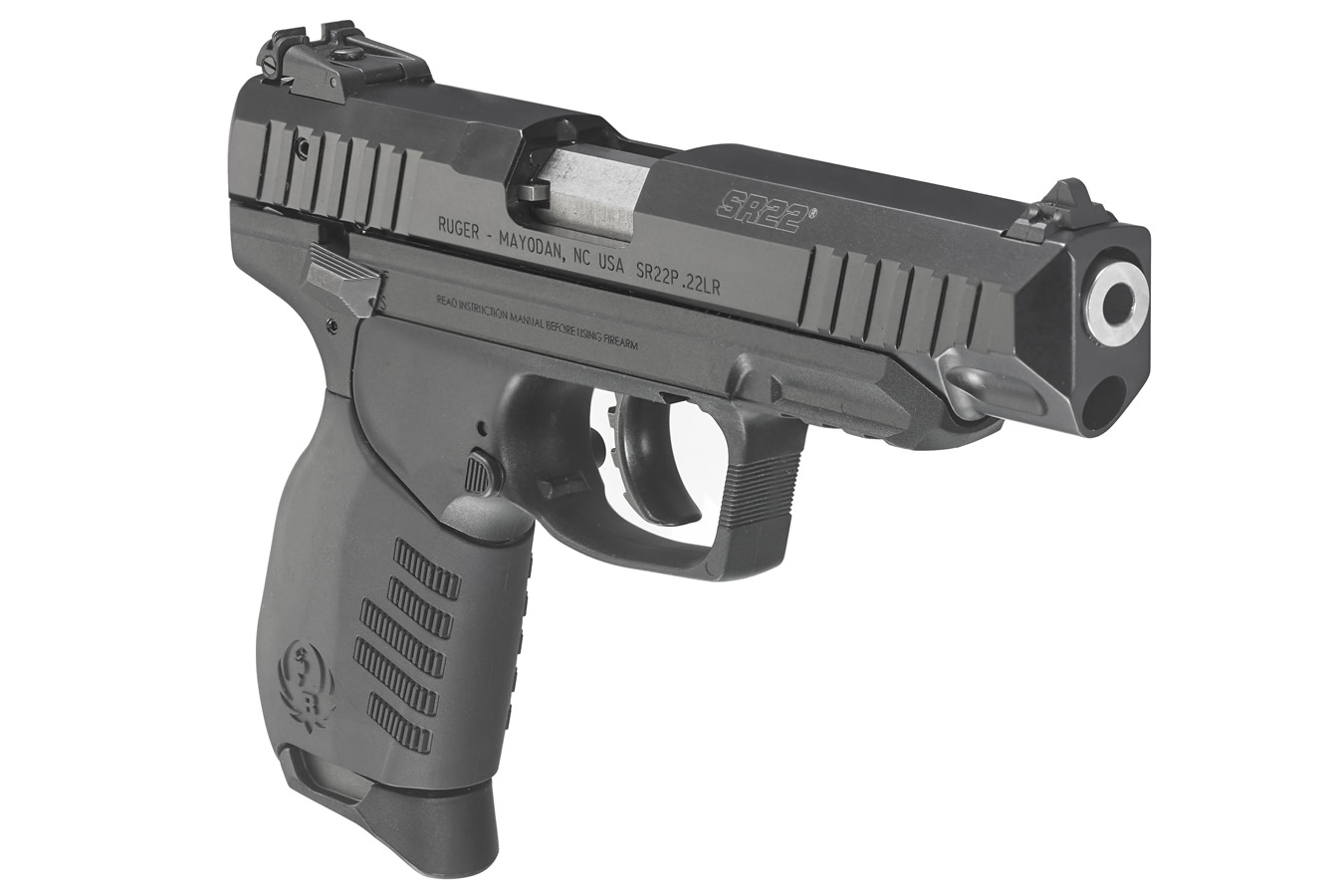 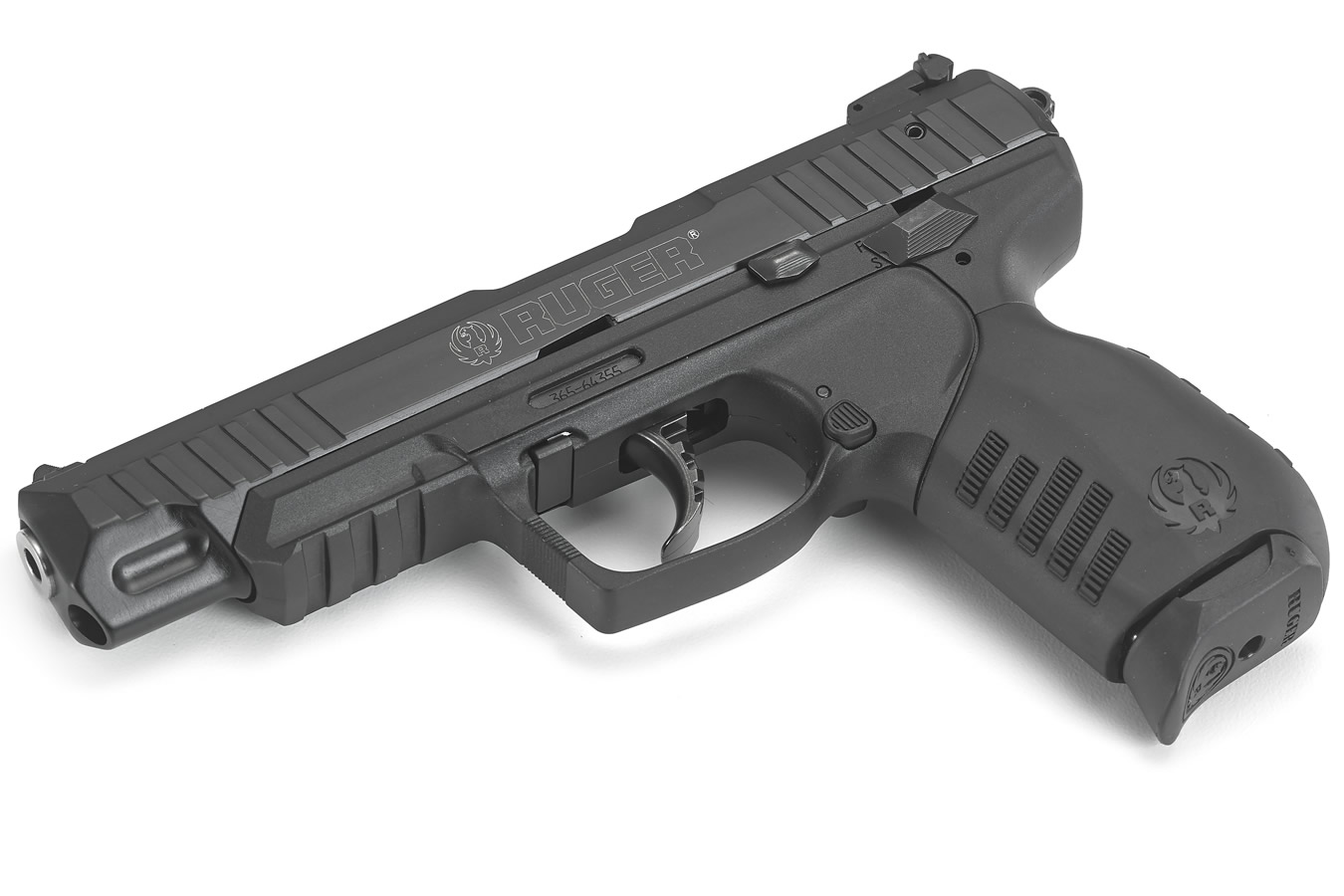 Ruger continues the legacy of the rimfire pistol by adding the SR22 with 4.5 Inch Barrel to their collection. This new SR22 weighs just 1 oz. more than the original SR22, and is only one inch longer.

I purchased this firearm back in May of 2018. Compared to other 22s on the market it's a fantastic gun, and a great deal from SOSS. Only issues I've had have been a few FTEs and FTFs but honestly, it's my fault for using cheap ammo. The gun performs well, and is a blast for plinking! After my purchase I had a small issue occur, but with a short call to SOSS customer service it was handled with ease. They were absolutely amazing and friendly during the call. Not only am I happy with the gun I bought, I'm happy with the company I decided to buy it from! I'm already looking for my next purchase with them.

From first time out shooting using CCI Mini Mags, put 150 rounds down range. Second time out, placed 250 rounds down range. Third time out, placed 325 rounds down range. It was only to the end of the 325 I got a couple FTEs, and my gun was dirty by then. Hubby forgot the cleaning kit, otherwise I would have shot a few 100 more. The 4th time out, hubby had standard ammo, medium ammo and HV. The SR shot them all and ate them like candy. This gun is very accurate, handles well in hand, and is easy to clean. PS, when sliding the slide back on your gun, pull back the hammer a tad and it will slide on easy. Honestly, I don't think there is a better 22 on the market.

The Ruger SR22 4.5 is a good plinker. It's light and reliable. This gun shoots best with CCI mini mags or CCI AR rounds. The only con is that DA trigger is pretty long and heavy but the SA makes up for it. If you don't mind waiting a couple weeks, get it from here. The savings are will worth the wait.

Bought my 3620 from Sportsman Outdoor in early June, 2016. Great price, fast shipping, no errors. Would certainly do more business with them. Biggest problem so far is occasional failure to fire. Just pull trigger again and almost all fired on second strike. After a couple of problems in the first 200 rounds, have had NO failures to eject or failures to load in about 1,200 rounds. Using several brands of high velocity ammo, including premium CCI. Occasional failure to fire is across all brands. Maybe a weak hammer spring I'm going to ask Ruger and fully expect they will stand behind the gun just as they did with the mag. First time out, one of the mags that came with the gun registered empty to the gun it locked open when one round remained in the mag. Same mag did this over and over. Emailed Ruger about the problem and they sent me a new mag, no questions and did not ask me to send them defective mag. I would buy this gun again despite minor problems.

The Aguila HV was great - no issues. The Aguila SV felt underpowered and seemed to be a little dirty - I had one FTE and a couple of times where no new round loaded in the chamber. The hypervelocity CCI cycled well, but I had three FTLs. The Remington ammo ran well, but I also had 2 FTLs with it. I'm pretty sure a dirty feed ramp is to blame for all the FTLs from the Aguila SV.

So, in my first 300 rounds attempted with a total of 5 FTLs and one FTE... The SR22 is a wonderful handgun, very accurate, and I'm thrilled to have it. The 4.5 inch barrel is a plus, but does make it a bit more difficult to field strip the weapon. Aligning the longer barrel in the slide is harder than it looks to be with a 3.5 inch barrel because the spring/guide rod is shorter than the 4.5 inch barrel.

Looking forward to years of plinking with the SR22! Want to give a shout out to Sportmans Outdoor for making the purchase a very simple and quick process.

Excellent handgun. Shoots just about anything you put into it without issue. If you have small hands, I'm a size 7, then this pistol is for you. Comes with 2 interchangeable grips.