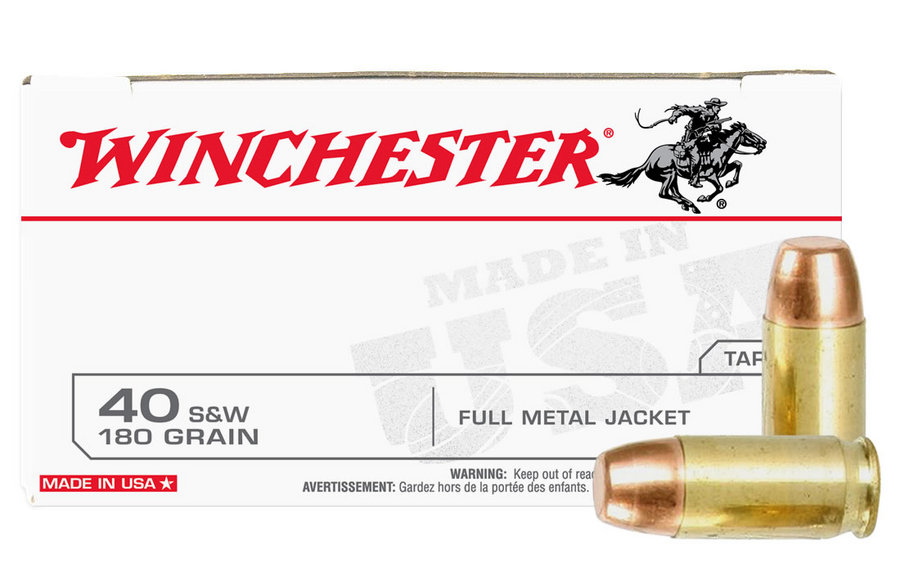 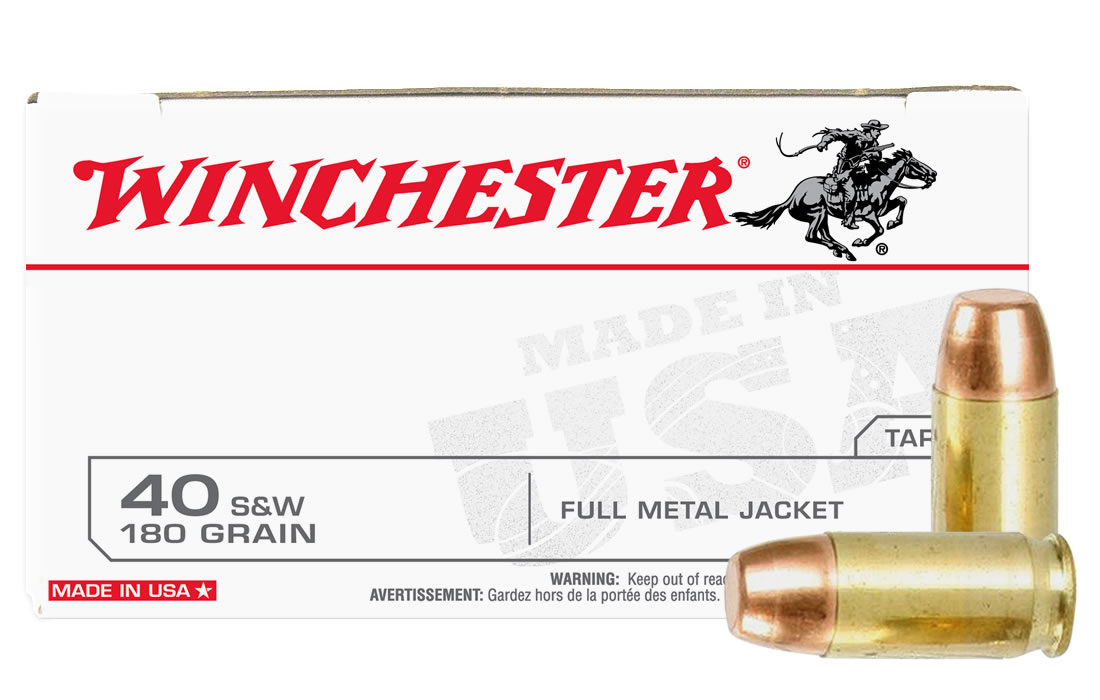 This Winchester Q4238 40S&W is police trade-in ammunition that was originally issued to a department but was never used or even opened. Each case of this ammunition is still factory sealed, and contains ten 50-round boxes. Price is for one box of 50 rounds.

The accuracy, sure functioning and controlled recoil of Winchester’s Q4238 “White Box” FMJ has made it one of the most sought-after .40 caliber rounds used for training, range, and target shooting.

Ordered over the weekend, ammo received by Wed. Can't ask for better service. I have placed many orders over the past 2 years. Always great service whether it is ammo or a weapon ordered.

(4 out of 5) Very good range practice ammo
by RPK Operator from Indianapolis, IN on January 27, 2020

Quick shipping. Ordered on the 20 and arrived today the 23rd. New as advertised in unopened box. Super deal.

This was my first time ordering from them. I could not pass up the price!! I will be purchasing more ammo and guns from SPORTMAN'S OUTDOOR SUPERSTORE!! Unbelievable pricing and customer service was EXCEPTIONAL!!! I will definitely be sending all my friends and family their way!!

Sos is one of my go to places for my gun needs. They are a trustworthy company. Have bought several things from them and will continue in future.

(5 out of 5) Outstanding Customer Service
by Bruce from Saint Ignace, Michigan on April 29, 2016

My first order was a 500 box of 40 cal S&W ammunition. My single comment is that the Superstore performed exactly as they advertised. Good product, good service. SIMPLE. Thank You.

I've ordered this twice both times 500 rounds. Takes a while for shipping but, on their defense they tell you to expect delays. Great company. I also bought a few guns from them. They are really trustworthy.

Arrived quickly and was exactly as listed. I only ordered 10 boxes 500 rounds, but if I ever see it at this price again, I'll order 40 boxes 2,000 rounds. Maybe 60 boxes. I won't pass up this ammo/price again.

I don't think I'll ever get a better deal than this. Winchester .40 S&W 180. Great customer service and ammo is flawless. Sportsman Outdoors is the best!