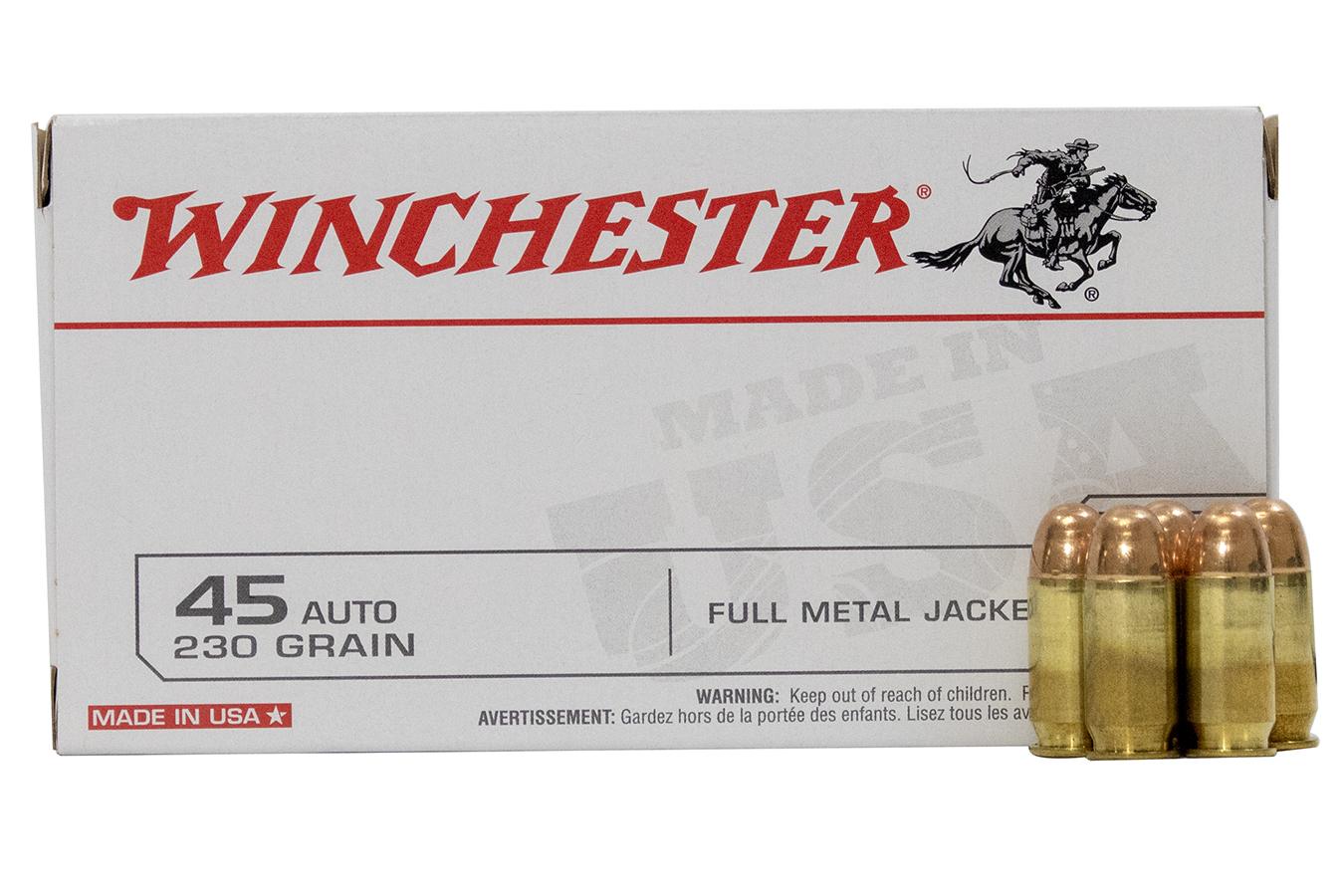 This Winchester Q4170 45 ACP is police trade-in ammunition that was originally issued to a department but was never used or even opened. Each case of this ammunition is still factory sealed, and contains ten 50-round boxes. Price is for one box of 50 rounds.

The accuracy, sure functioning and controlled recoil of Winchester’s Q4170 “White Box” FMJ has made it one of the most sought-after .45 caliber rounds used for training, range, and target shooting.