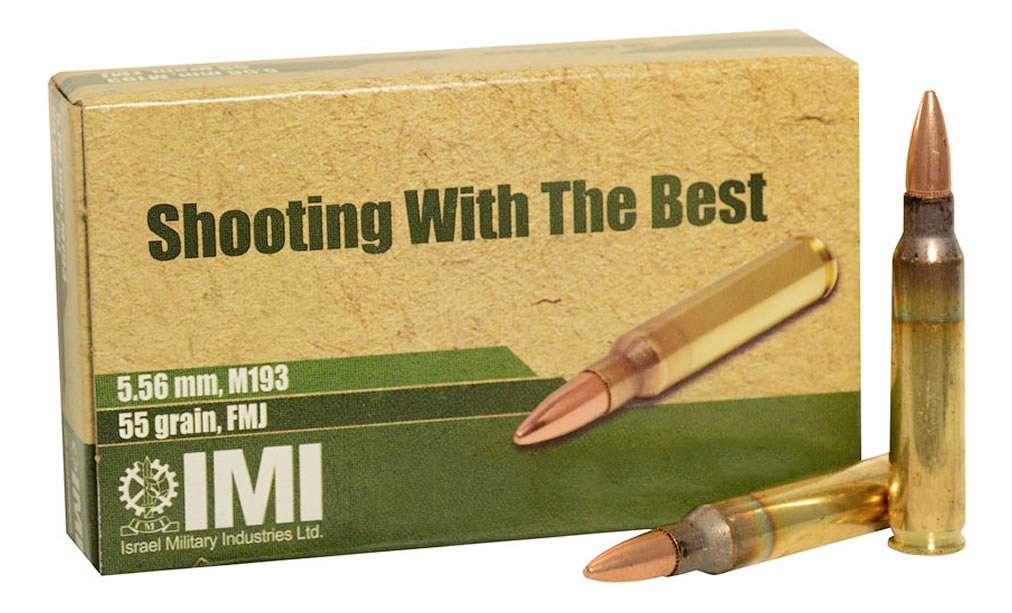 In use by the IDF and NATO forces, the 5.56mm M193 cartridge from Israel Military Industries (IMI) is ideal for use in M16/AR15 style rifles. This ammunition is a great, low-cost option for target shooting, training and practice. The use of brass cases also means this ammunition is highly reloadable.

Price is for one box of 20 rounds.

I used to shoot Federal XM193. This stuff shoots just as nice if not better. Usually around the same price, so nice not to be disappointed when buying.

First time firing this ammo, a primer popped out of one of the fired rounds and jammed my bolt closed; the primer was sticking out of the ejection port with the bolt closed. I was only 3-5 shots into my first magazine of this. This rifle has never had any issues with over gassing, or otherwise. Luckily, it did not damage the rifle itself, but would have had the popped primer gotten caught in another part of the bolt carrier. I got rid of all remaining rounds and will never buy again.

Every once in a blue moon, a deal comes along that's to good to be true. This ammo is just that. It's the good stuff very accurate and clean, what else can you ask for?