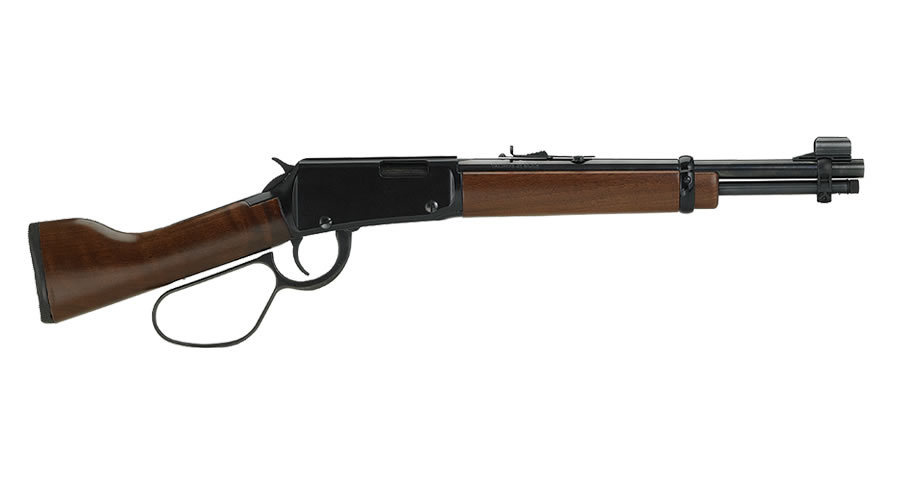 For a limited time between now and September 30, 2019, you can personalize your very own serial number on this Henry Rifle. Make it the perfect gift, or keep it in your family to pass down for generations.

Back in the heyday of the TV Western, Steve McQueen, the star of Wanted: Dead or Alive, rode across black-and-white screens toting a sidearm like nothing any lawman or outlaw had carried before. A cut-down, modified version of repeating rifle, this recognizable shootin’ iron could be holstered like a pistol but fired with the speed of lever-action rifle. Nicknamed the Mare’s Leg, this innovative weapon swiftly brought outlaws to justice every week and rose to fame as the real star of the short-lived show. Now fans of those classic Westerns and collectors of innovative firearms can holster a replica of that famous made-for-TV sidearm.

The Henry Mare’s Leg .22 S/L/LR is a modified variation of the model H001 Henry Lever Action. Like all Henry Rifles, each one has a handcrafted American Walnut stock cut to the exact specification of the gun used on the television series. The large loop lever, coupled with the legendary crisp Henry action, makes it easy for you to enjoy those rapid-fire repeating shots Steve McQueen used to take down the bad guys.

Also equipped is a saddle ring and an easy-loading tubular magazine design.