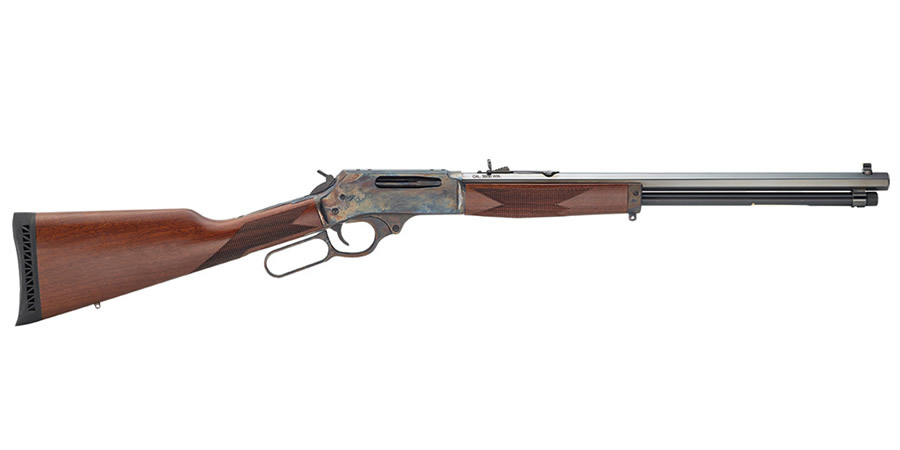 For a limited time between now and July 31, 2019, you can personalize your very own serial number on this Henry Rifle. Make it the perfect gift, or keep it in your family to pass down for generations.

One of their most appealing steel frame finishes, the colors come from a genuine case-hardening process on frame and rifle-style fore-end cap that sets these rifles apart from their other blued models, without the bright ldquo;Here I am!rdquo; of the brass and silver rifles. In the woods, where theyrsquo;re right at home, the deep bluing, dark walnut, and mottled case colors form their own basic camouflage that your Great Grandpa would have been very familiar with while hunting deer or elk, and Henry likes to think he would have been quite appreciative to have this Henry along.

Merging old with new, the profile of the Color Case Hardened rifles is conventional, and the two calibers are also long-established. The .30-30 dates back to 1894, the .45-70 to 1873, and while they may be considered ancient today, between those two calibers the modern hunter can handle anything from coyote to grizzly, with the right load.

The rifles themselves are built at Henryrsquo;s Rice Lake, Wisconsin, factory (where all the steel models are produced), 100% American, in traditional form with 20rdquo; octagonal barrels, adjustable buckhorn and bead sights, and checkered walnut furniture. The modern part comes from the quality steels Henry uses, the transfer bar safety, the Henry magazine tube loading, sling swivel studs, a drilled and tapped frame, and a ventilated rubber recoil pad. This would be considered a deluxe model in your Great Grandparsquo;s time, and if he were around today, yoursquo;d undoubtedly get an envious nod of approval.