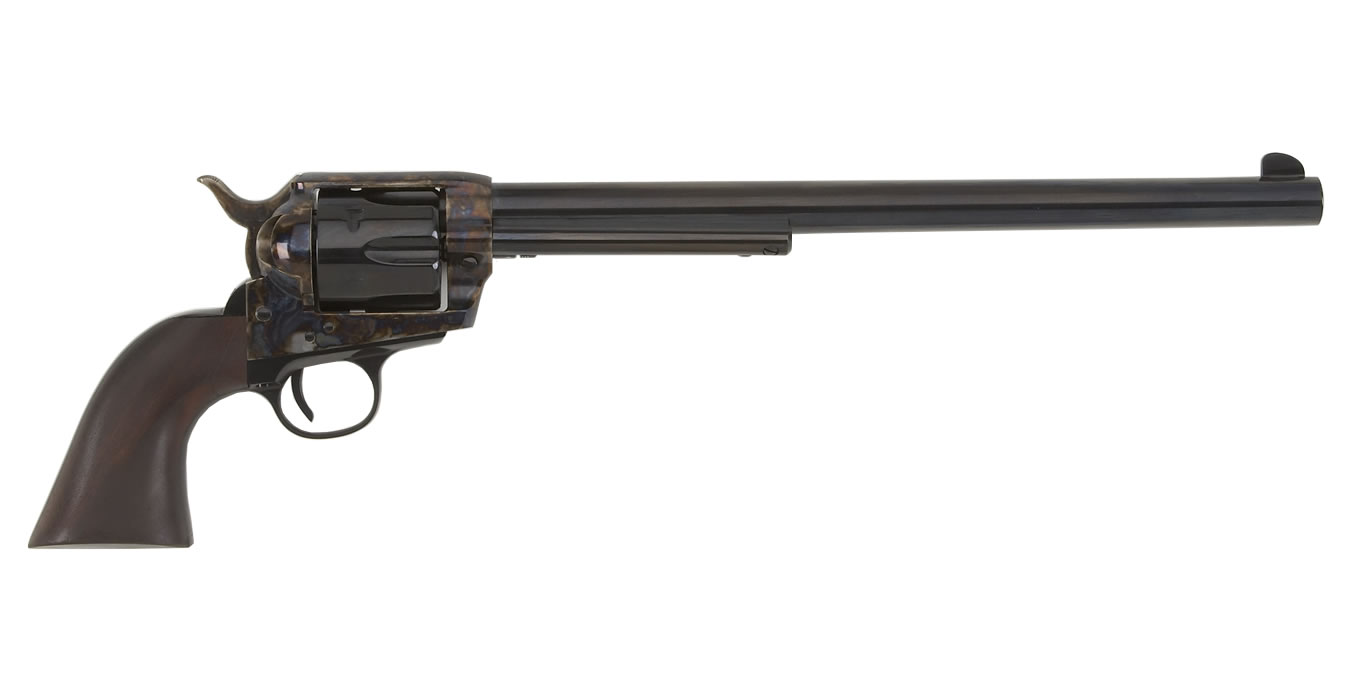 New to EMF's Great Western product line is the 12" Buntline. With the deep color case hardened finish, smooth action, and walnut grips, this pistol is a handsome addition to the finest gun collections. The first version of this unique firearm was rumored to have been designed by Colt for Ned Buntline.

The Colt Buntline is a long barreled variation of the Colt Single Action Army revolver, in which Stuart N. Lake described in his best-selling, but largely fictionalized 1931 biography, Wyatt Earp: Frontier Marshal. The Buntline became popular after its appearance on the TV sitcom Wyatt Earp. The success of the series created a flurry of sales on toy cap guns and holsters. There was also a demand for a gun like TV's Wyatt Earp.