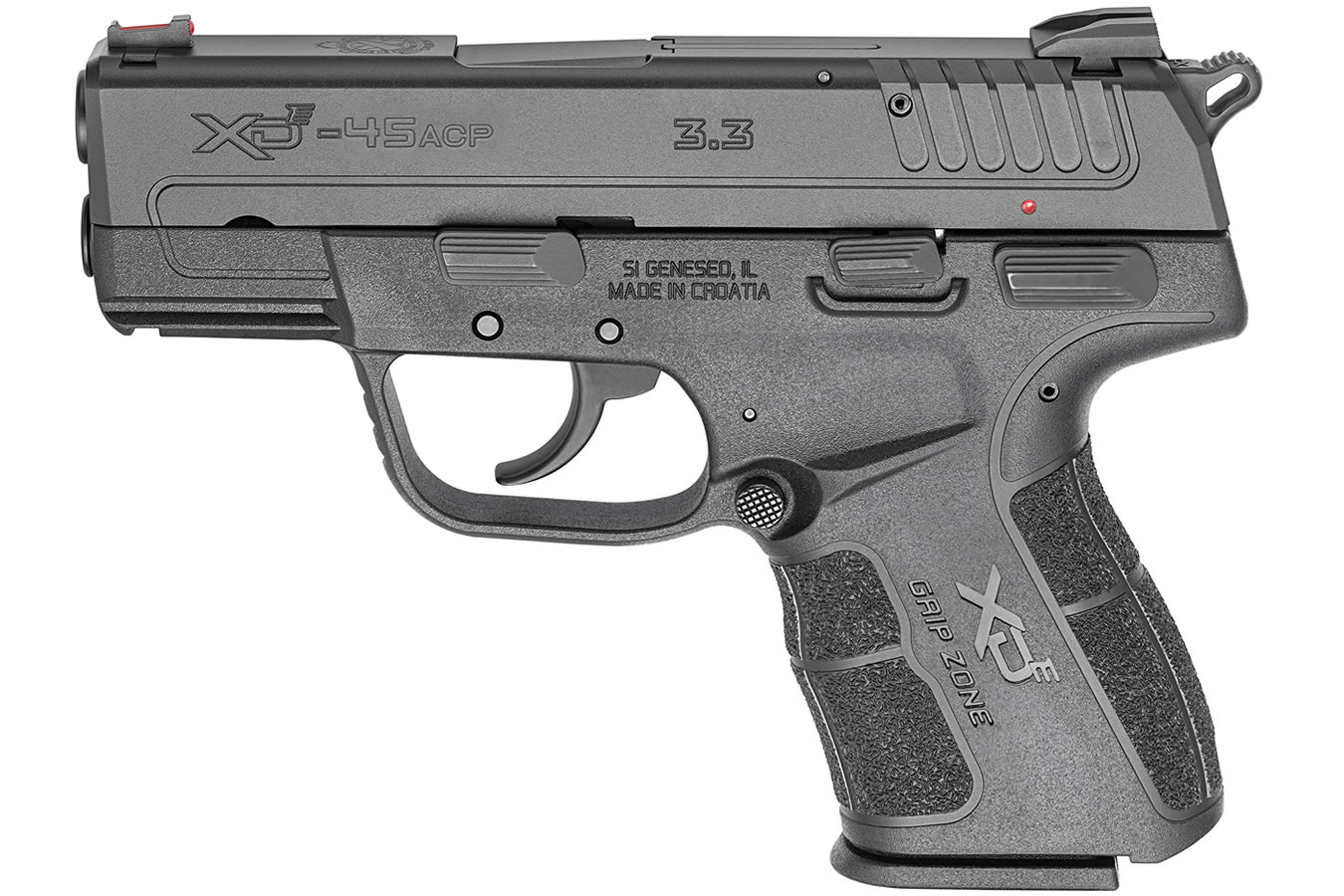 The Springfield XD-E is now available in 45 ACP.

The XD-E™ sculpts unmatched Point And Shoot® ergonomics into a sleek frame just an inch wide, for hand and holster fit so satisfying you’ll take it everywhere. The low-effort slide practically racks itself, so handling’s a pleasure. The exposed hammer clearly shows gun mode, and the single/double action trigger shows respect for your shooting style, unlike other compacts.

The XD-E is the first pistol in the XD-Series to feature a DA/SA action. It's only slightly larger than the popular XDS pistols, but still small enough to be concealed as an everyday carry pistol. The grip on the new XD-E pistol also features Springfield's proprietary, and highly optimized GripZone® texture, which helps to improve handling and accuracy.

Great shooting. Very soft and easy to manage. I really like the hammer fired, da/sa with my carry guns so this works great. This is my first order and everything went perfectly.

I luv my new XDE 45. Very accurate and the sights are POA at 10 yards.