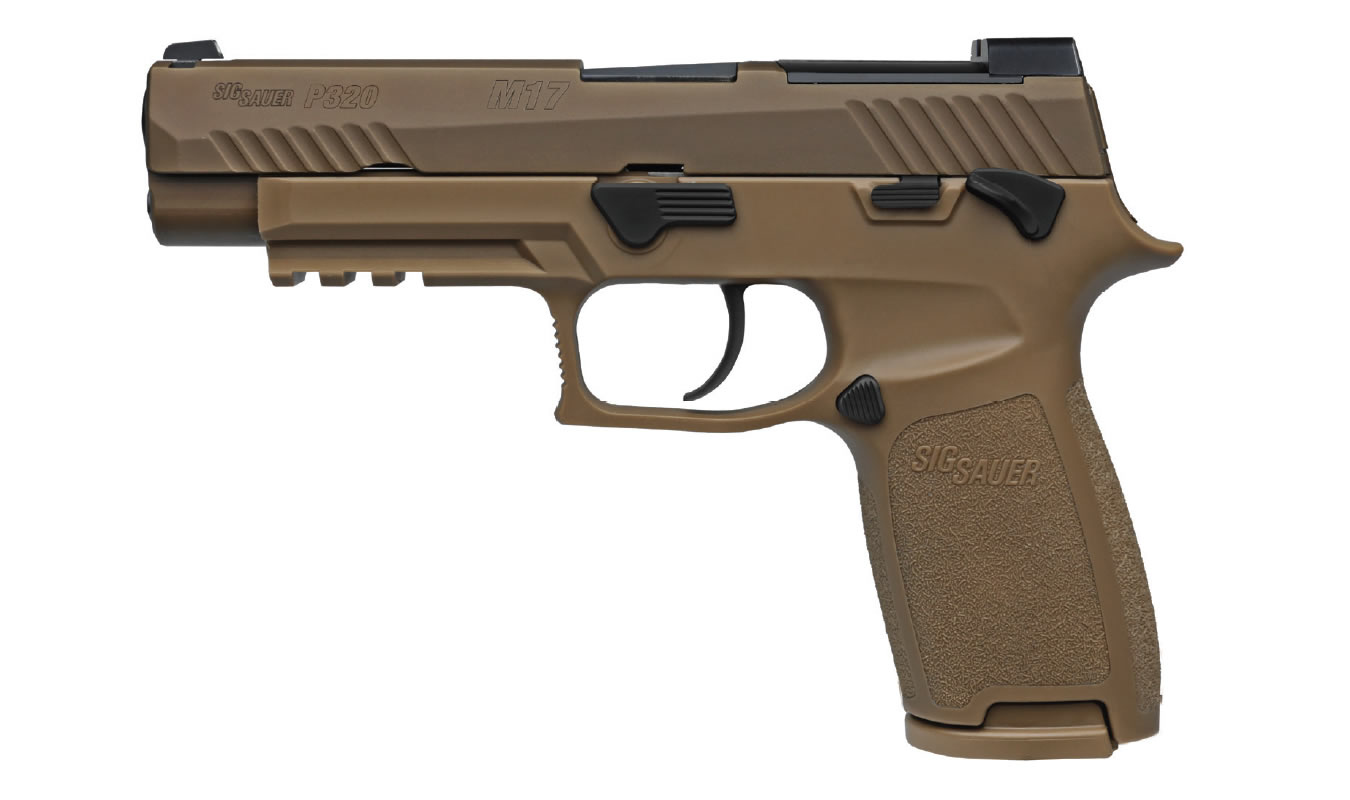 After one of the most rigorous and highly competitive review processes in the history of military firearms, the SIG SAUER M17 was awarded the Modular Handgun System (MHS) contract for the U.S. Army. The M17 is a P320-based platform, and was selected for its uniquely innovative modularity, uncompromising performance, and unmatched capability. The P320-M17 closely follows the specifications of the U.S. Army’s M17.

“It was truly an honor for SIG SAUER to be chosen as the U.S. Army’s choice with the M17. When the selection was announced, civilian interest in the pistol was immediate,” said Tom Taylor, Chief Marketing Officer and Executive Vice President, SIG SAUER, Inc. “We are proud to bring this P320-M17 to the marketplace to meet the substantial civilian interest, and the high demand, to own the pistol the Army uses as well as the other branches of the U.S. Military.”

The P320-M17 is a 9mm, striker-fired pistol and comes with one 17-round magazine and two 21-round magazines. The pistol features a coyote-tan PVD coated stainless steel slide with the same optic cut as specified by the MHS contract, and black controls just like the pistols currently being shipped to the U.S. Army; it comes equipped with a SIGLITE front night sight and removable Night Sight rear plate. The P320-M17 features a coyote-tan carry-length grip module, and comes standard with a manual safety

Order placed on Monday. Picked up the M17 from my FFL dealer on Friday the same week. Like the fact that the “civilian” M17 does not have the Army anti tamper fasteners preventing removal of the fire control group at the unit level. This will permit easy replacement of the grip frame if I ever so desire.