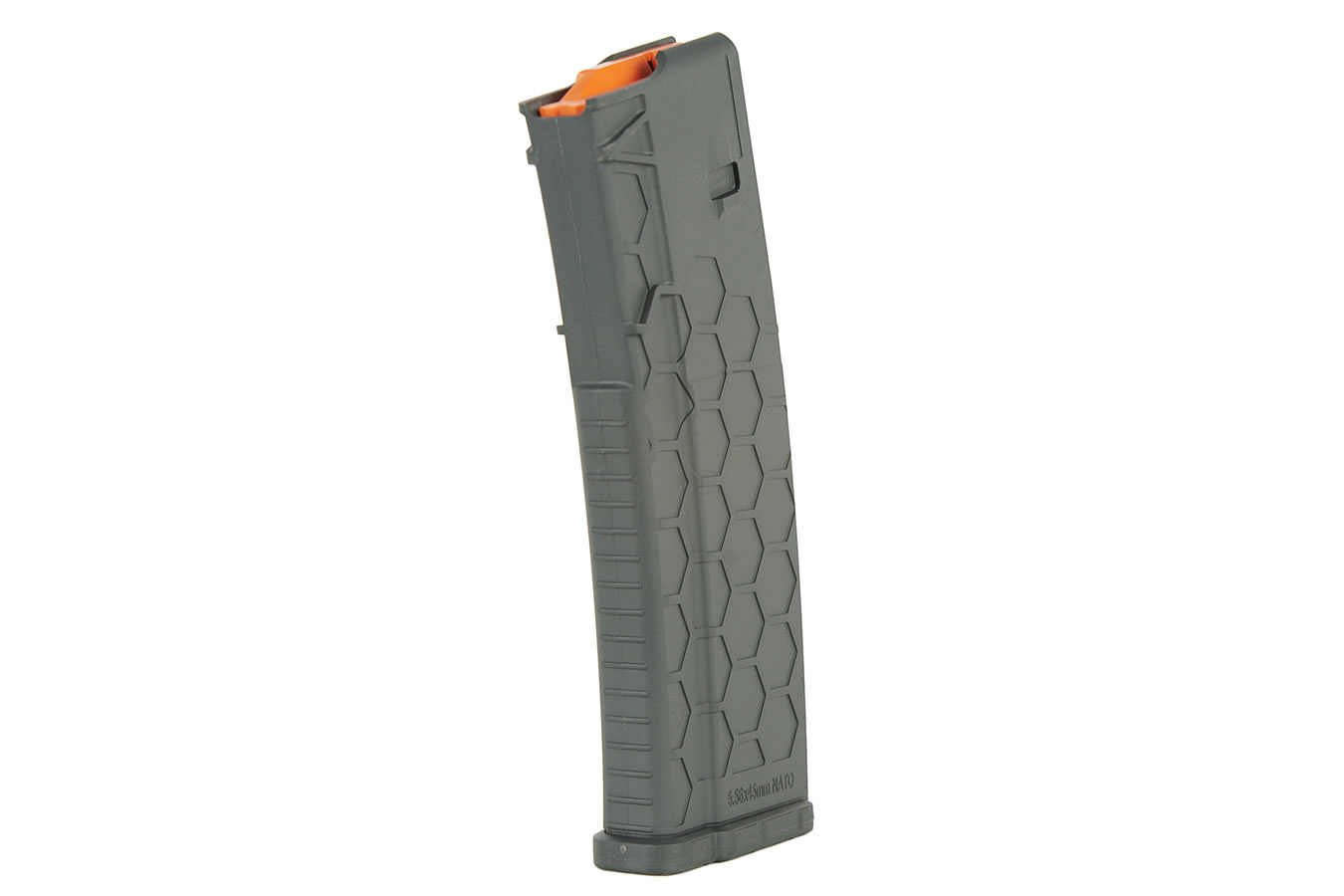 Hexmag, founded in early 2013, was an exercise in 3D design and printing. They chose an AR-15 magazine as their product, and found out it wasn't easy to create a working AR magazine. Getting the AR magazine to fit in a lower receiver and stacking exactly 30 rounds into the magazine was not easy. Then firing those rounds reliably made their task almost impossible. Rather than give up on their design efforts after one attempt, they kept working on the project. They refined their design again and again, and was driven to make it work.

Their hexagon shaped spring release button allows tool free disassembly of the HX30-AR magazine, making it easy to clean. The size of the release button made a perfect platform to introduce color. The HexID Color Identification System was founded on the principle that gun owners purchase multiple types and calibers of ammunition. They want to know at a glance which ammunition type they have loaded. Previously gun owners were left up to their own devices to mark magazines, using paint and tape. The inventors at HexMag found it was easier to see color from a distance or when looking down in an ammunition pouch, a gear bag, or within a storage cabinet. Replacing the colored HexID pieces takes less than a minute, with no tools.