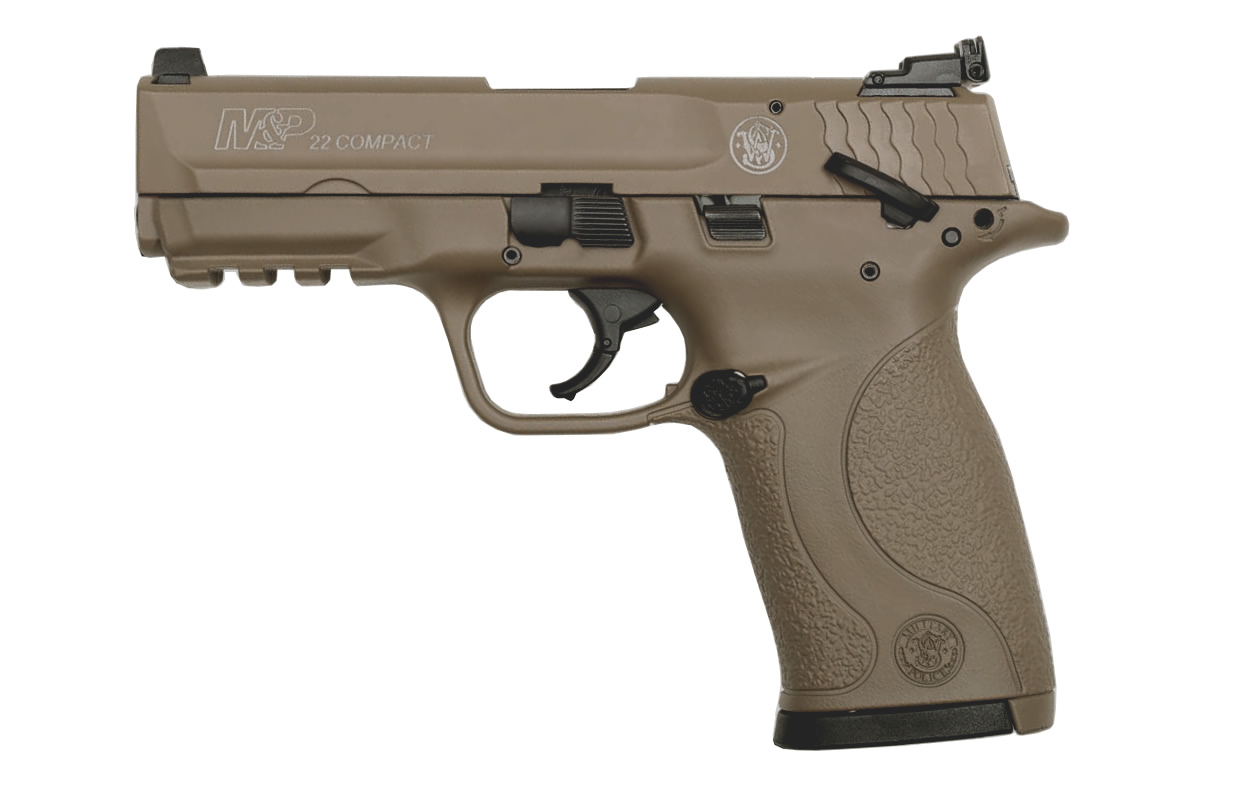 Upon initial firing at 15 yards while standing, I found on target shots were not possible with either pistoI, I bought two. After ruling out user error by setting up bench rest and steadying my hands I found I was shooting an excellent group into the berm next to my target about 3” off from 2” target.
Closer inspection of both firearms revealed inconsistencies in rear sight windage and elevation between the two pistols. Adjusted/sighted both pistols and ended up hitting 1” groups at 20 yards. Overall good experience but I am surprised they did not come sighted properly from Smith. Both pistols have functioned properly with only 1 failure to fire with CCI AR ammo. These guns are accurate when sighted properly and fun to shoot!

Was pretty excited about this pistol after reading all the reviews, but as my typical luck goes out of the box it was shooting 6 inches right and 4 inches low consistently. Attempted to adjust the sights to the point the dang screws fell out. Contacted S&W customer service with no response

I received my M&P 22 compact quickly! The pistol is perfect and just what I wanted. It's my second purchase and I will definitely be buying from Sportsman's Outdoor Superstore again.