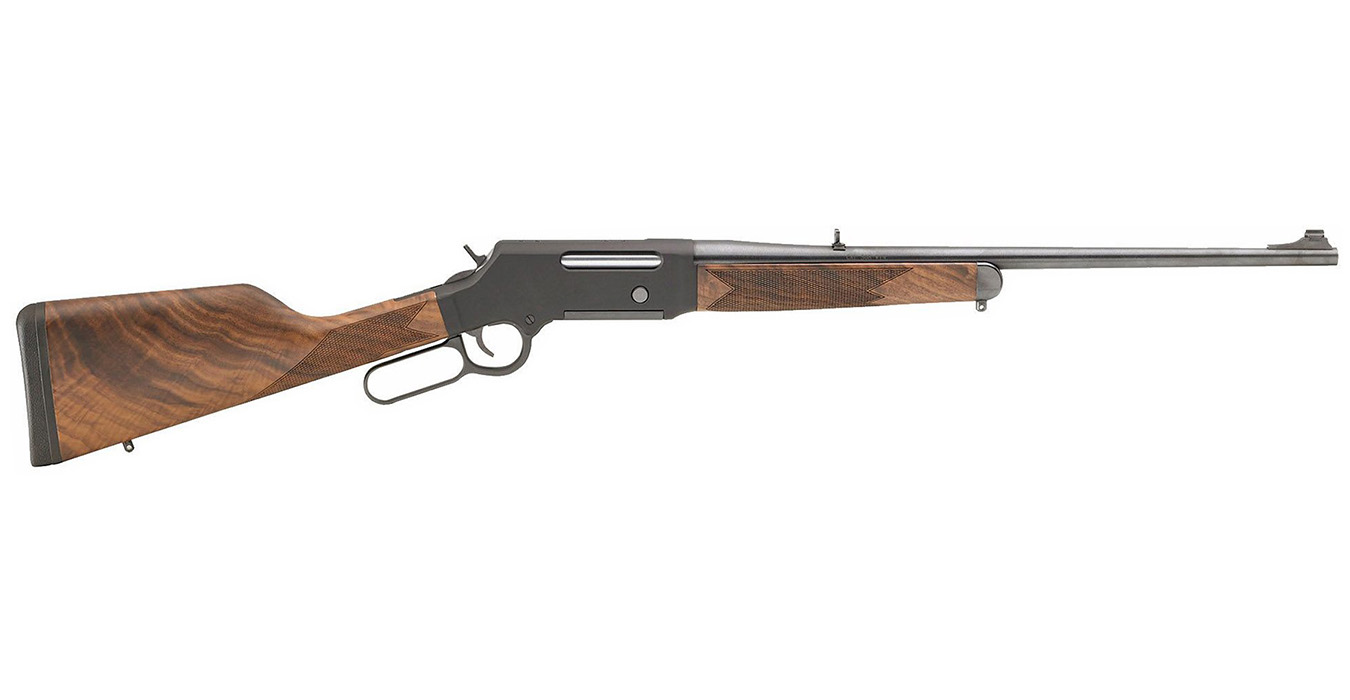 Recognizing that the lever action is more than ever alive and well on the hunt, and that many customers need more distance, Henry developed the Henry Long Ranger in 6.5 Creedmoor – stretching the envelope in a design that takes the hunt to the fur in popular calibers at longer distances. Definitely not your Grandpa’s Henry, the Long Ranger retains traditional lever action operation with exposed hammer and forged steel lever, but updates it with a geared action that drives a machined and chromed steel bolt with a 6-lug rotary head into a rear extension of the barrel for a strong and consistent lock-up from shot to shot to shot.

With side ejection and a lightweight aerospace alloy receiver, the top is drilled and tapped for scope mounts, and the bottom features a steel-bodied flush-fit detachable magazine (4-round capacity in 6.5 Creedmoor) with a steel floorplate and a blackened steel release button on the right side of the receiver. All behind a 22” round and blued free-floated sporter barrel, and supported by a two-piece oil-finished American Walnut stock with precise laser-cut checkering, sling swivel studs, and a solid black rubber recoil pad for both recoil control and non-slip anchoring on the shoulder for the rapid follow-up shots where lever actions excel. Like Henry's other centerfires, the Long Ranger carries on the in-hammer sliding transfer bar as a safety, in lieu of a manual safety button or slider that can be hard to operate with gloves.

Accurate? You bet. This is the Best-In-Class levergun that leaves many bolt actions in the dust. If you’ve ever passed up a lever in favor of a bolt because of accuracy doubts, then doubt no longer. Henry didn’t pick the Long Ranger name out of a hat; if you need a tight-shooter that’ll reach out there, this rifle delivers. From coyote to whitetail to bear, the new Long Ranger is a logical evolution in lever action technology as America’s contribution to classic firearms design, and it has you covered from hardwood forest to sagebrush flat in a trim, quickhandling, and dependable 7-pound rifle you’ll be happy to reach for as you head out the door. Henry upped their hunting ante, time for you to do the same?