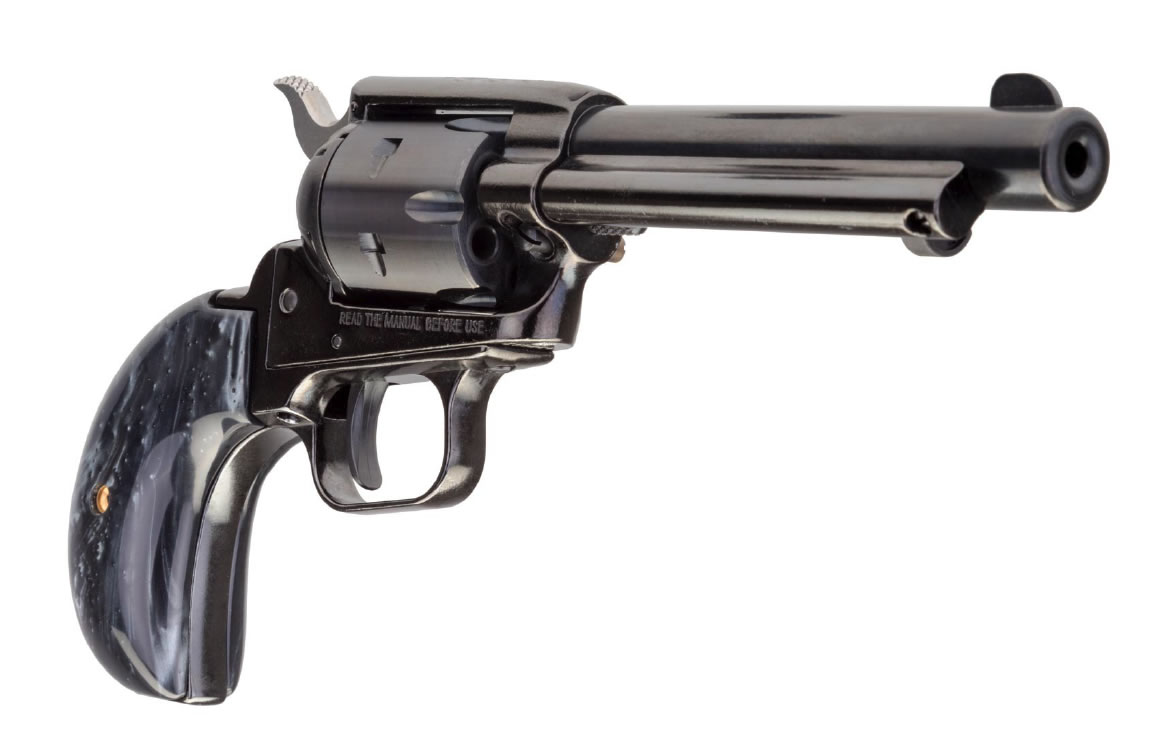 Heritage Rough Rider Revolvers are illegal for sale in the states of Illinois and Minnesota due to "melting point" laws.

Well, I couldn't believe no one had written a review for this pistol so I thought I would say this about it, I was sitting around last weekend got to thinking about whether I still had about a 1/3 of a box out of a 550 round box of 22lr ammo I had leftover from Christmas. Yes, I got ammo for Christmas and I was sincerely Happy to get it! So I called up a friend of mine, grabbed my old 10/22 and my trusty 22/45 and a old bolt action revelation and headed over to my friends house who has a small place that's far enough away from everyone but you can set up a little target range and enjoy shooting your 22s if you want to. So when I finally got there after about 30 min or so of driving and we set up a few paper targets, he wanted me to try his new Heritage revolver that he had just bought and of course he wanted to shoot mine. So that's how we started the day out.

When I felt the gun in my hand it felt good! I shot a few rounds at 15 yards a few at some small rocks I guess probably 25 or 30 yards. Someone had left a few cans all around where we had placed our paper targets. I got all of them while my friend was enjoying my 10/22 and ready to move on to the 22/45. I was moving on to some old 9mm brass scattered about in front of me, by this time I had reloaded several times, I don't know how many times and my friend whom I hadn't really been paying any attention to was reloading again, also asked what I thought about his new revolver and if I had brought any more ammo because we were out. l just kinda huffed and said to him, well it does exactly what it is supposed to do and it does it well. I really enjoyed shooting it so much that I never even thought about shooting my own guns until we were out of ammo.

So I thought to myself on the ride home that maybe if I was good the rest of the year, maybe this Christmas, just maybe, I might get a Heritage Rough Rider 22lr/22wmr combo revolver with black pearl birds head grips .