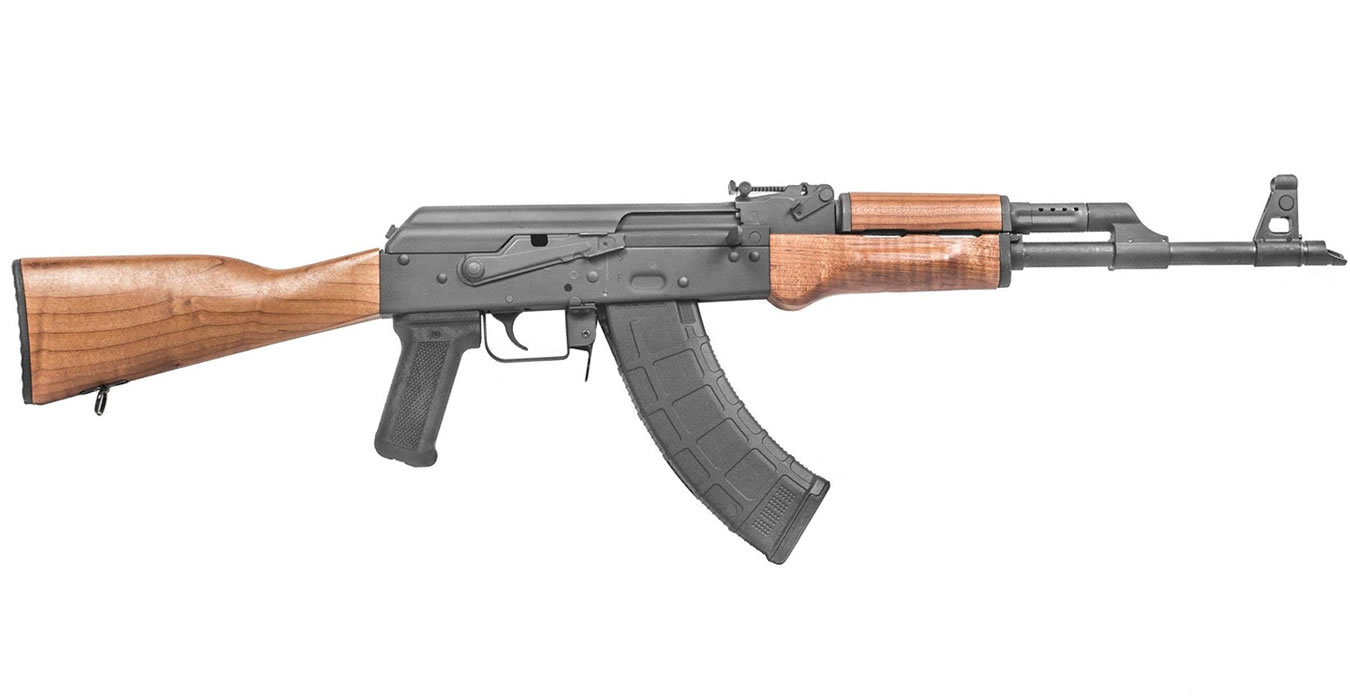 The VSKA rifle features an all new bolt carrier, front trunnion, and feed ramp machined from S7 tool steel and specially heat treated for maximum durability. S7, often referred to as a “Shock-Resisting Tool Steel,” is commonly used for tools like chisels and jackhammer tips as it has maximum shock resistance and high compression strength, while retaining toughness. The front trunnion and bolt are machined from billet and exceeded the durability goals for the project. Additionally, the VSKA features a carburized 4140 steel bolt, a chrome-moly 4150 barrel, and sports the RAK-1 Enhanced Trigger Group for an impressive trigger pull. Along with a manganese-phosphate finish, Century adds a little style to the heavy-duty brute with an American Maple wood buttstock and forend.

Put more than a few rounds down range, this rifle shoots smooth and very accurate out of the box, i have not made any adjustments and the rifle out of the box is sighted in perfectly. Your mileage may vary. But I am a very happy customer.

I bought this century VSKA for $749, after reading a glowing review about the VSKA. I only have about 100 rounds thru it. But then, I begin seeing reviews about a test on two of these rifles, where they fail a no go gave test after 1500 rounds. Then they find that the barrel is moving forward and back in the grunion.

Also, they were able to drift the barrel pin out with a punch and hammer. That should NOT be possible! I have not been able to find anything where Century is or has addressed this issue. I won’t shoot this gun again until I know it isn’t a time bomb. If I can’t get some feedback from a Century rep on this issue then I will just sell it for what ever I can get for it, and NEVER EVER buy Century arms again.

Gun has great fit and finish! Have put around 300 rounds through mine so far. It has never misfired or failed to feed. Zero problems.... zero complaints from me. Love the gun.

I have read mixed reviews, but have found this is a quality AK.....far superior than IO. I'm still a huge fan of PSA, but for $533 G4G guns you can not go wrong here!

I’ve heard and read every bad comment there is about Century Arms and it’s horrible front trunnions. I however took a chance with much research on the VSKA. So far I have put over 1,300 rounds through the VSKA, all Tula Ammo. I clean it after each range use and constantly maintain it. It’s a very nice firearm and I would definitely buy it again if I had the chance. SOSS is selling theirs at a price which I wish I would have participated in. I paid $750 after taxes at my local gun shop.

Two complaints I would say about this firearm is one, the magnesium phosphate finish isn’t my cup of Russian vodka. Two, the Maple fore grip does smoke after 2-3 mag dumps also the stock does get lose. Mine has a slight wobble after 700 rounds. A quick tighten from a Phillips wrench fixed it up. The VSKA is a step above their previous AK variants. I would dare say it is better than a WASR, being it completely constructed in USA down to the barrel. I would highly recommend buying this AK over an Inter Ordinance brand. I give this rifle a 5 out of 5 Russian stars.