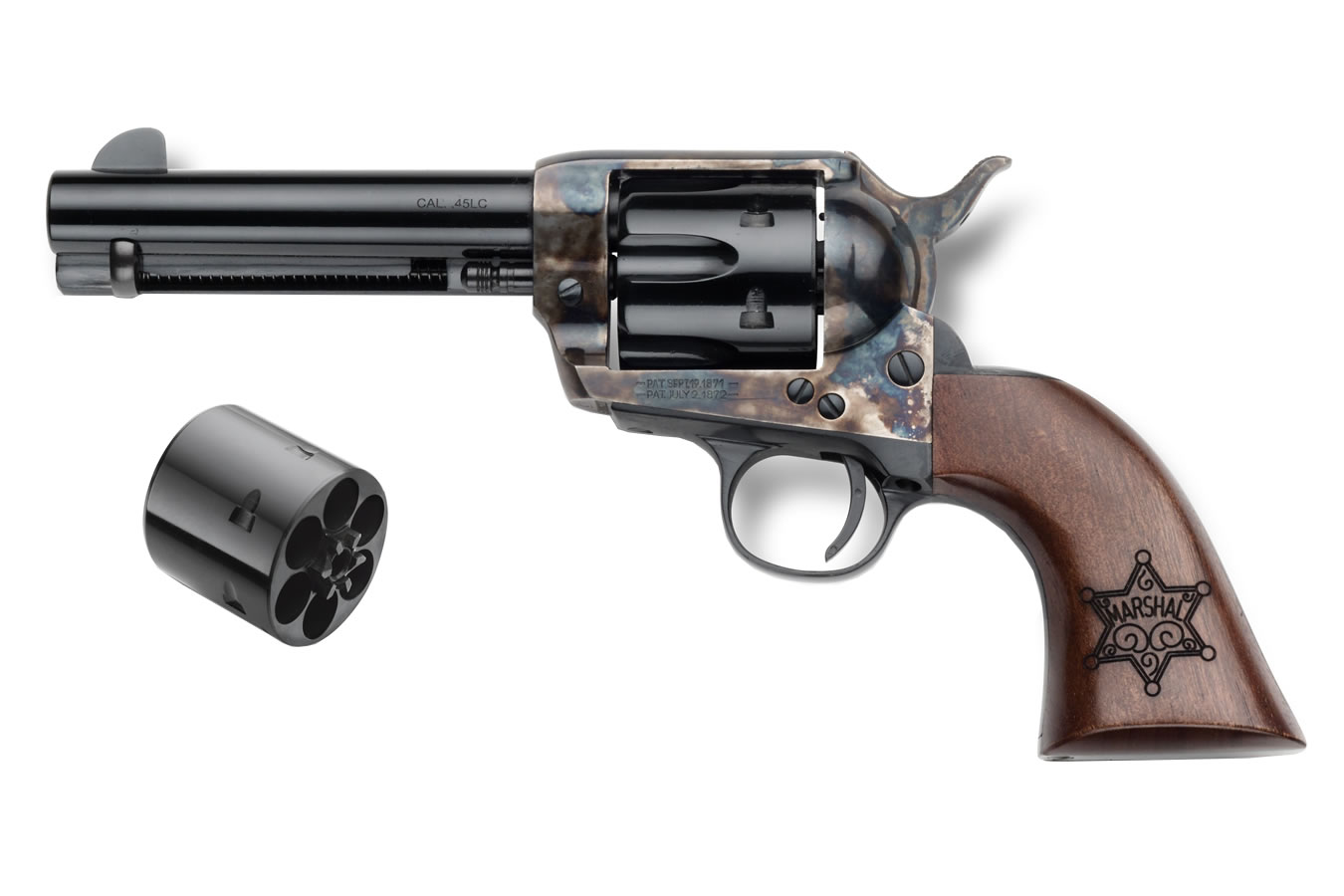 In the second half of the 19th century, the U.S. Marshals became synonymous with the "Wild West" as they made their mark on history in the many lawless frontier towns. In many of these places, the marshals were the only kind of law that was available. Knowing this, numerous outlaws made their livelihoods in these fledgling towns that had not yet become structured enough to provide their own authorities. EMF is proud to present this tribute to U.S. Marshals, who became famous as they pursued such notorious outlaws as Billy the Kid, The Dalton Gang, Jesse James, and Butch Cassidy’s Wild Bunch, as well as, hundreds of others in places like Deadwood, South Dakota; Tombstone, Arizona; and, the plains of Indian Territory.

Finally got my two EMF Revolvers in today. Delays due to all this virus stuff. Obviously I havent shot it but I still want to review. The finish on this revolver is outstanding. Beautiful deep blue and nice case colors. The Marshal grips are just right, not shiny or dull, excellent fit and the Marshal logo is very nice. Grip fit, mechanicals of the pistol are just right. The 45 Colt and 45 acp cylinders work perfect. If I had to down something it would be the Pietta Base Pin. While I knew what it was, and it didnt stop me from buying, its design leaves a little to be desired. It should be like the Uberti so it would be easy to insert back into the frame/cylinder. Just a minor thing overall though. If it shoots like the rest of it ranks itll be a 5. The Performance rank I gave of 4 is only because I havent fired it yet. Lastly the price was excellent and this company is good to deal with.