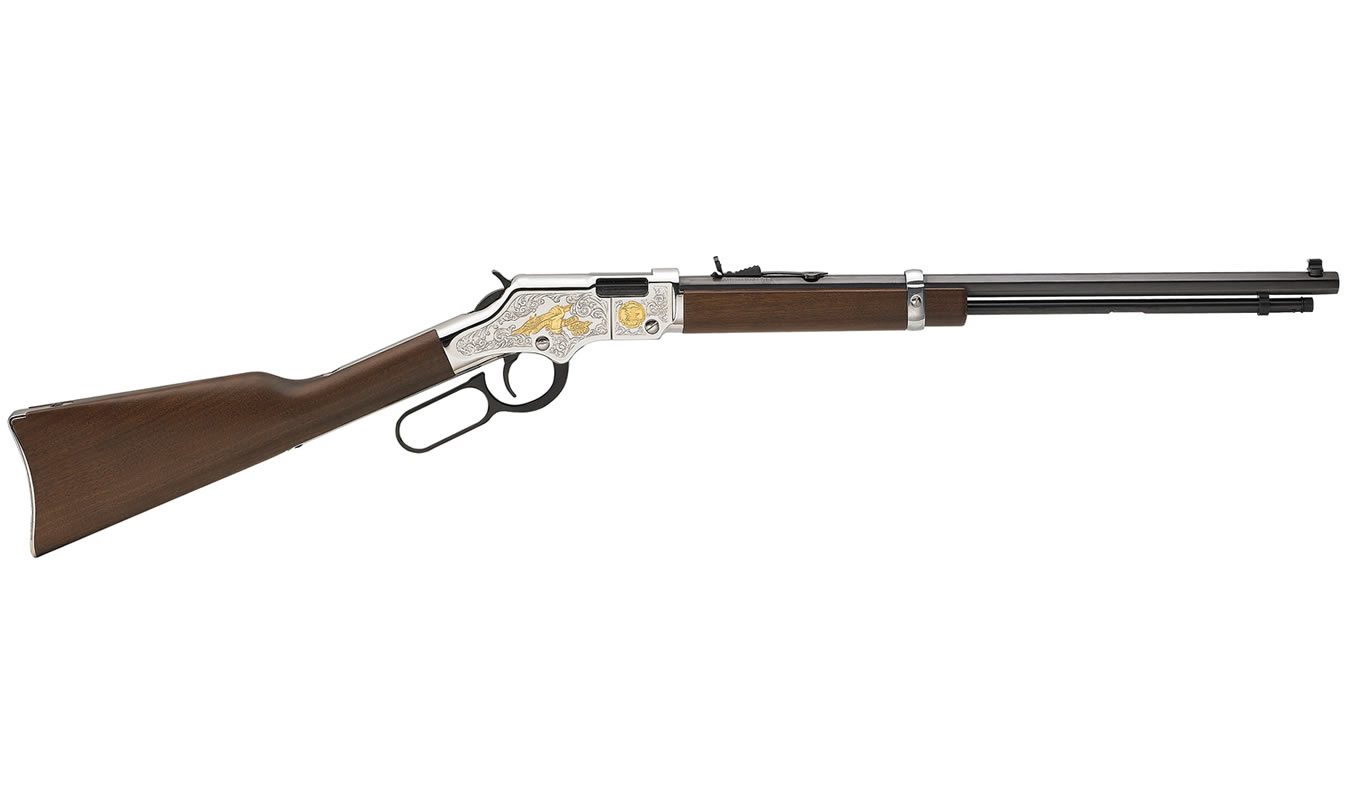 The Henry NRA Second Amendment Tribute rifle is based on the proven Golden Boy platform, featuring a 20” octagon blued barrel and an American walnut furniture. This Henry rifle is chambered in .22 S/L/LR caliber and features a .22 LR magazine capacity of 16 rounds.

The receiver cover, barrel band, and carbine-style buttplate are all brightly-polished in a hi-gloss silver-toned finish, and the cover is embellished on both side flats with 19th Century floral engraving set off by 24K gold plated and raised-relief symbology that includes on its right side a flintlock rifle above the now-famous FROM MY COLD DEAD HANDS statement made by Charlton Heston, NRA president from 1998-2003, at the 2000 NRA convention, and on the smaller panel the NRA Seal.

The left side features a gold American eagle in flight, the Second Amendment in a gold shield, and the Bill Of Rights in a gold scroll.