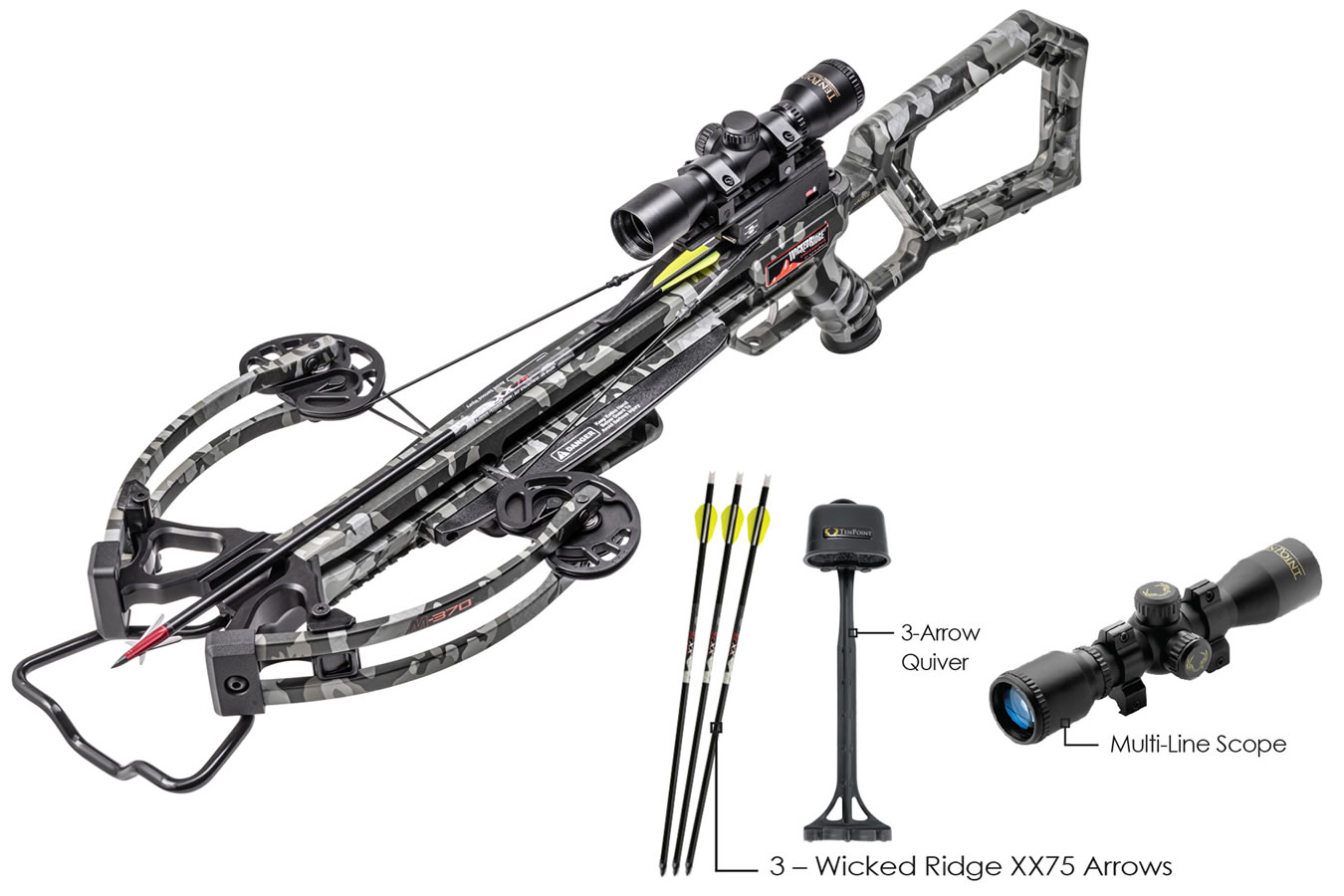 Limited-time Deal
In Stock with FLAT RATE Shipping
Share this:

"The Lighest Crossbow In The World." The lightest crossbow on the market at only 5.8-pounds, the all-new M-370 measures an incredibly narrow 9.5" wide and shoots up to a blazing 370 feet-per-second. Including a rope-sled cocking device, the American-Built M-370 is the industry’s top value crossbow.

Wicked Ridge’s new narrow sled is compatible with most Wicked Ridge crossbows and all TenPoint and Horton crossbows with Functionally Superior Bullpup (FSB) stocks, including ultra-narrow and reverse-draw crossbows (except the Nitro X). The sled reducing the cocking effort by 50%.

Put your hard-earned money to work with Wicked Ridge – the only American brand offering technologically driven crossbows at unbeatable prices.