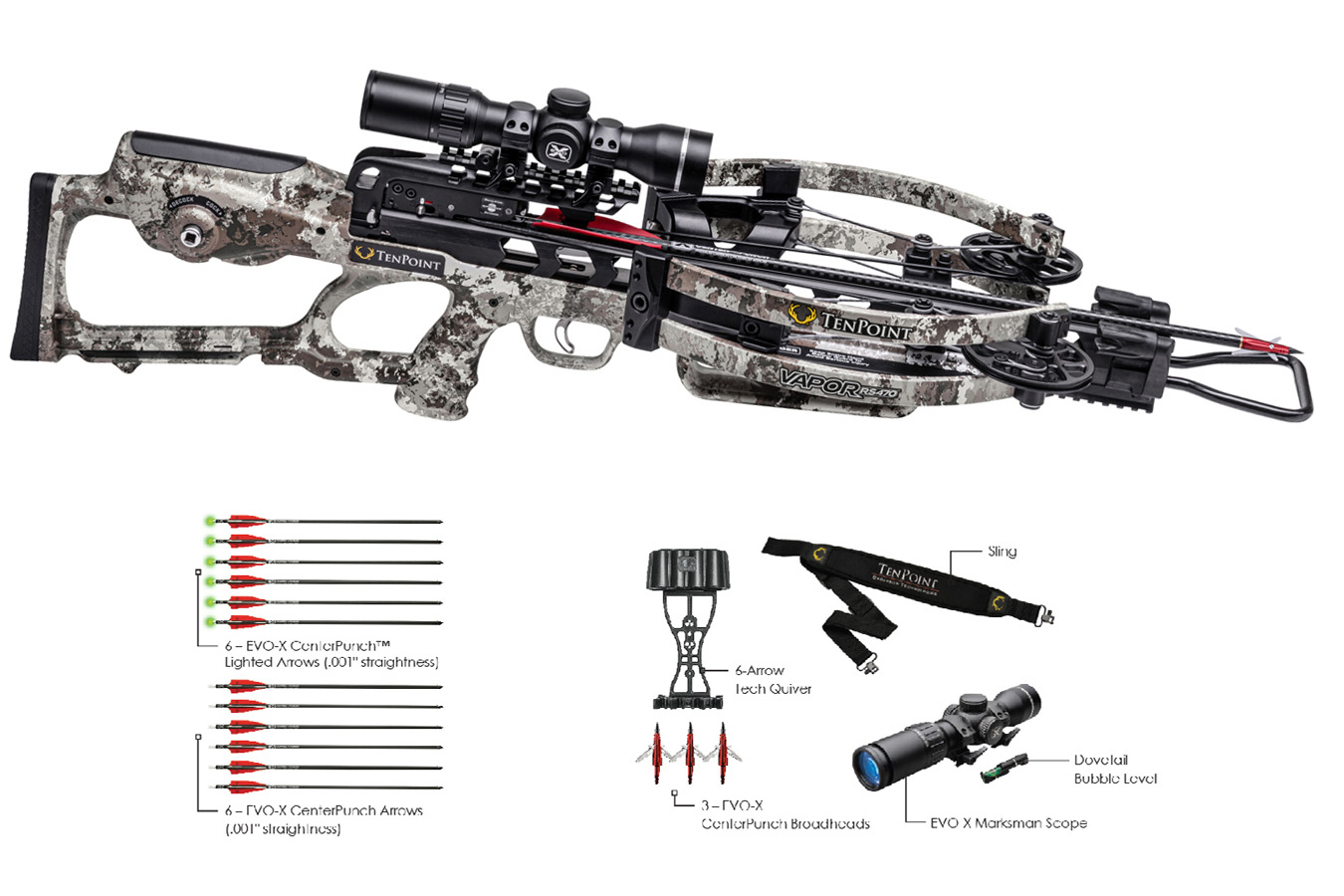 The Best of the Best...And Then Better. Powered by a reverse-draw design that utilizes the full 17” of power stroke, the new Vapor RS470 generates supercharged speeds up to 470 fps and is equipped with the revolutionary new ACUslide silent cocking and safe de-cocking system. Measuring an ultra-narrow 6.5" wide, this crossbow features a 3.5 pound, 2-stage S1 trigger that delivers an extremely crisp, consistent break – leading to tightly grouped down-range accuracy.

Stainless steel latch locks the rigger box at full-draw - relieving the tentions fromt he ACUslide unit and guaranteeing that your trigger box is in the same location on each shot, elaading to 48% increased down-range accuracy.

Meet TenPoint’s new ACUslide – The only safe and controlled crossbow de-cocking system on the market. Forget holding buttons, using straps, and sketchy control while de-cocking. Simply backwind the handle – stopping at any point without fear of damage, injury, or loss of positive control.

TenPoint crossbows are the safest on the market, boasting an unmatched combination of safety features, including our ACUslide cocking and decocking system, Dry-Fire-Inhibitor, and safety wings.

Built from the ground up – every TenPoint crossbow includes several custom accessories specifically engineered to transform your crossbow into a deadly hunting machine. With over 30 industry-leading patents – each precision engineered to inspire performance at every draw – it’s easy to see why after 27 years, TenPoint still wrecks the competition in building the industry’s highest quality, most durable, and most accurate hunting crossbows.