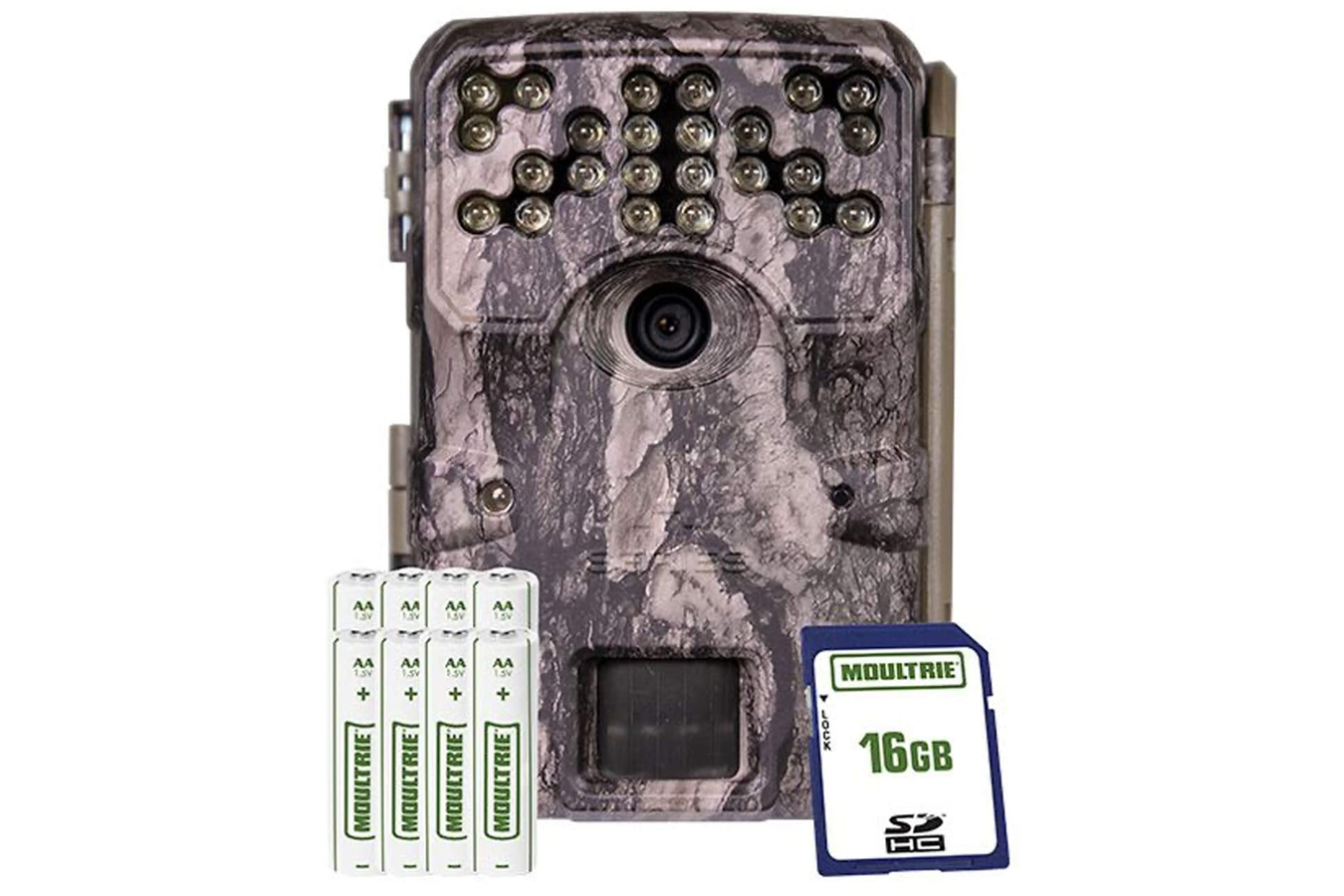 The A900i captures industry-leading 30MP images. Easily zoom in to count antler points with these ultra-high-resolution photos. The high-resolution images are saved on a standard SD card.

The A900i records in HD video (1280x720). Watch crisp, bright HD video of trophy bucks walking in front of the camera. Learn exactly where that buck is going and coming with video surveillance.

The A900i has a blazing-fast 0.4-second trigger speed to capture animals on the move! No more blurry shots of a deer’s rear-end. With fast trigger speeds you’ll capture clear shots of bucks on the run during the rut.

The A900i captures brilliant daytime photos — no grainy, dull images here. Daytime photos are bright and depict true-to-life color from the field. You’ll think a wildlife photographer was taking the images instead of your Moultrie trail camera.

Moultrie photos are some of the most clear and crisp trail camera photos in the industry. Thanks to the Illumi-Night Sensor, nighttime images are just as bright and clear as the daytime photos. With a 60-foot extended-flash range you’ll capture clear, crisp images at a distance, too.

The A900i Bundle includes everything you’ll need to start scouting. The Bundle includes 8 AA batteries to power the camera for up to 19,000 images. It also includes a 16GB SD card that will store thousands of images. And of course, you get the A900i game camera and heavy-duty strap for installation.

The A900i operates on 8 AA batteries for an estimated 19,000 images per battery life. However, Moultrie offers a couple other power options to extend the camera’s battery life. The Camera Battery Box features a polymer housing with weather-tight seal. Inside is a rechargeable 12-volt battery that will greatly extend the camera’s life in the field. Another option is the Moultrie Game Camera PowerPanel. If the camera is in a location that gets lots of sunlight, this solar panel will convert solar energy into electricity to power the camera.

This function gives you piece of mind knowing that your SD card will not fill up. Once the SD card fills up, Managed Memory will delete the oldest image on the card to free up space for a new image to be recorded. This process will continue to happen until Managed Memory is turned off.