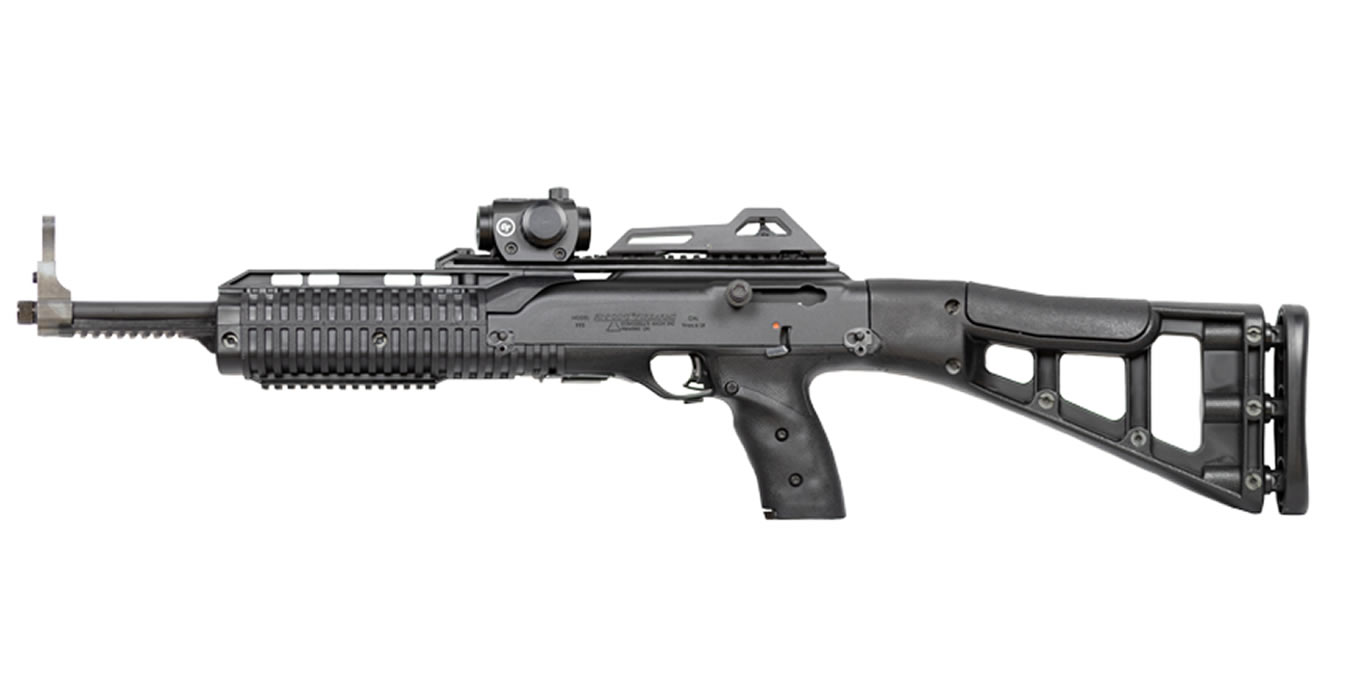 America’s most affordable pistol-caliber carbine has a new molded polymer stock that has been re-engineered to deliver improved handling and better accuracy in a target-design carbine. These Hi-Points offer reliability and accuracy at an affordable price which includes Hi-Point’s lifetime unconditional warranty and fast, expert service.

Hi-Point carbines are +P rated to accept all factory ammunition and feature:

I am happy with the rifle but I received the red dot sights as a package deal and the battery was dead so I have to order new battery I was very unhappy not able to use right away.

(1 out of 5) Customer Service and Product Failure at Sportsmans
by PatG from Mahwah, NJ on March 1, 2021

I ordered a Hi Point 995TS Tactical Carbine w/Crimson Trace Red Dot in December. I live in NJ therefore I had to order a non-threaded version. I called and spoke to a rep who confirmed - TWICE - that it was definitely non-threaded. When it came, it arrived threaded. I called the company and no one answered so I left a message. I also emailed and didnt receive a reply for a couple of weeks no call back mind you. So, in the meantime, I had the rifle sent to the gunsmith to weld on a muzzle break, put in a new trigger spring and mount the Red Dot. $150 later and I got the rifle back last week. Its winter here so I havent been to the range with it yet and this morning, I turned on the Red Dot. The Red Dot came with NO written material, no mounting bracket and with no little hex tool. When I turned it on, there is no dot, just what looks like a star burst - absolutely unusable. I already sent an email to customer service this morning asking for them to overnight a new one - a COMPLETE one. Lets see if I hear anything back. Cant provide a review on the weapon because I havent shot it yet.