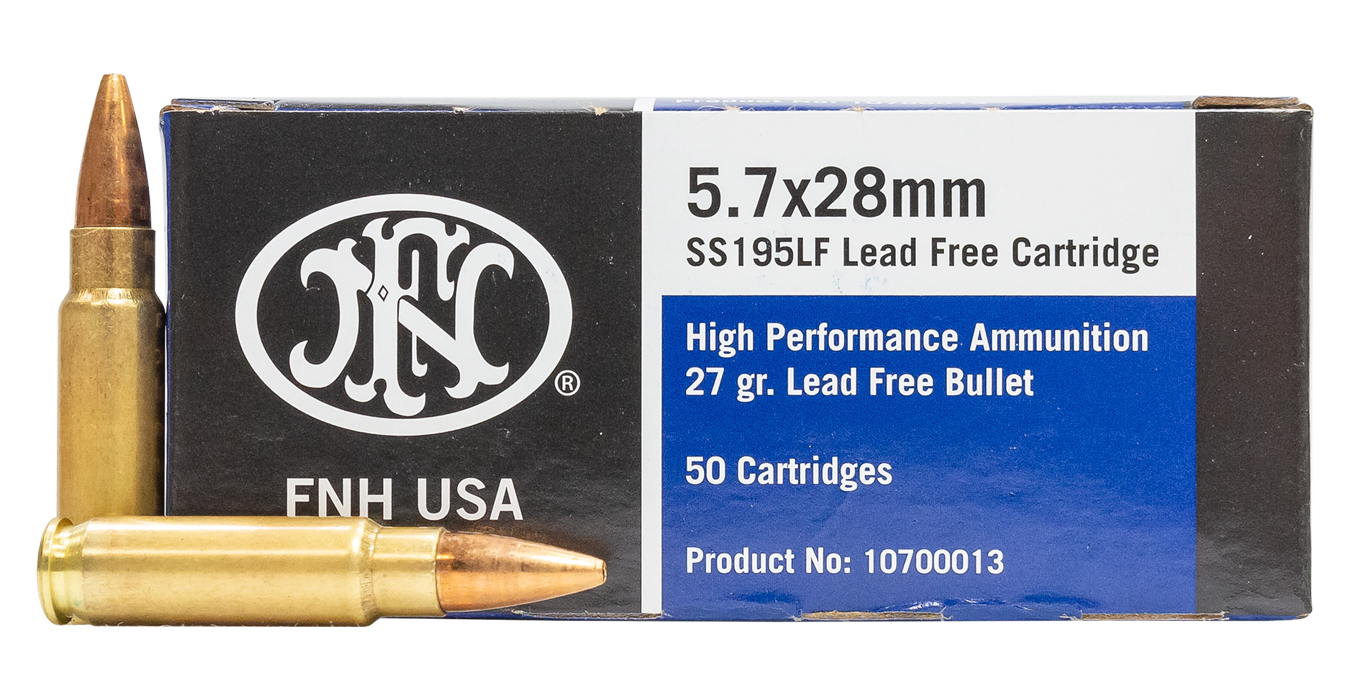 Fully compatible with a wide variety of FN firearms, including the Five-seveN pistols, FN PS90 carbines, and FN P90 submachine guns, the 5.7x28mm cartridge has been specially tailored to excel in several specialized roles. The SS195 LF and SS198 LF rounds use an innovative, lightweight, brass-jacketed, aluminum-core hollow point bullet. The SS197SR, distributed in the U.S. by Federal Cartridge Company, is ideally suited for sports and training applications.