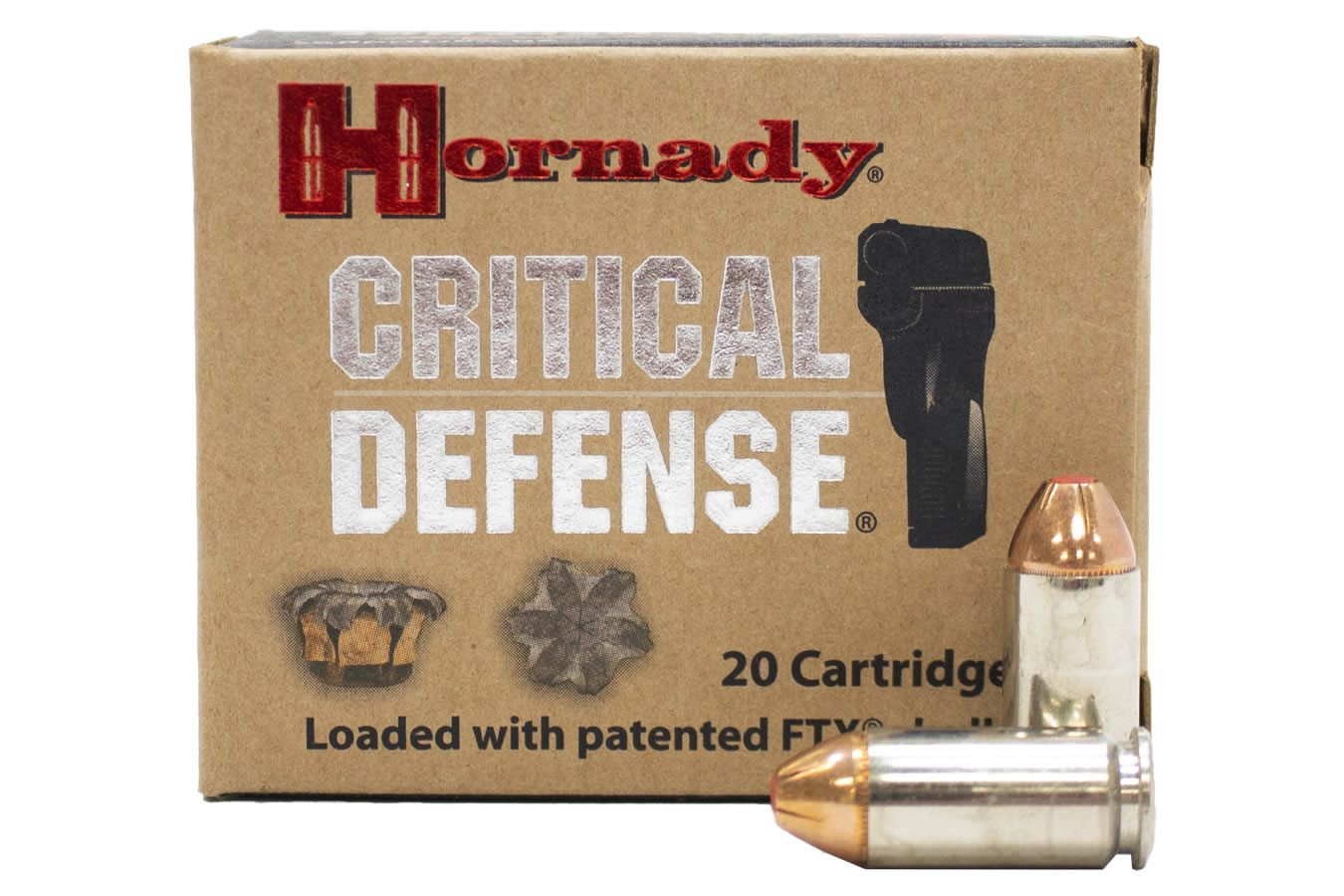 Critical Defense® ammunition is optimized for executive protection, undercover operations, close quarters situations, or for use in backup weapons or off-duty carry.

Personal defense ammunition is redefined with Hornady® Critical Defense® ammunition. You may have never thought about the effects of fabric and clothing on the performance of ammo. But clothing — especially heavy clothing — has a lot to do with how the bullet expands upon impact. Conventional hollow point bullets often experience tip clogging as the bullet passes through light and heavy clothing, which diminishes expansion and causes unreliable bullet performance.

Hornady® Critical Defense® ammo eliminates clogging with the use of the patented FTX® (Flex Tip eXpanding) bullet. Upon entering soft tissue, the tip swells and imparts equal pressure across the entire circumference of the bullet cavity. The result is unrivaled bullet expansion and performance every single time!