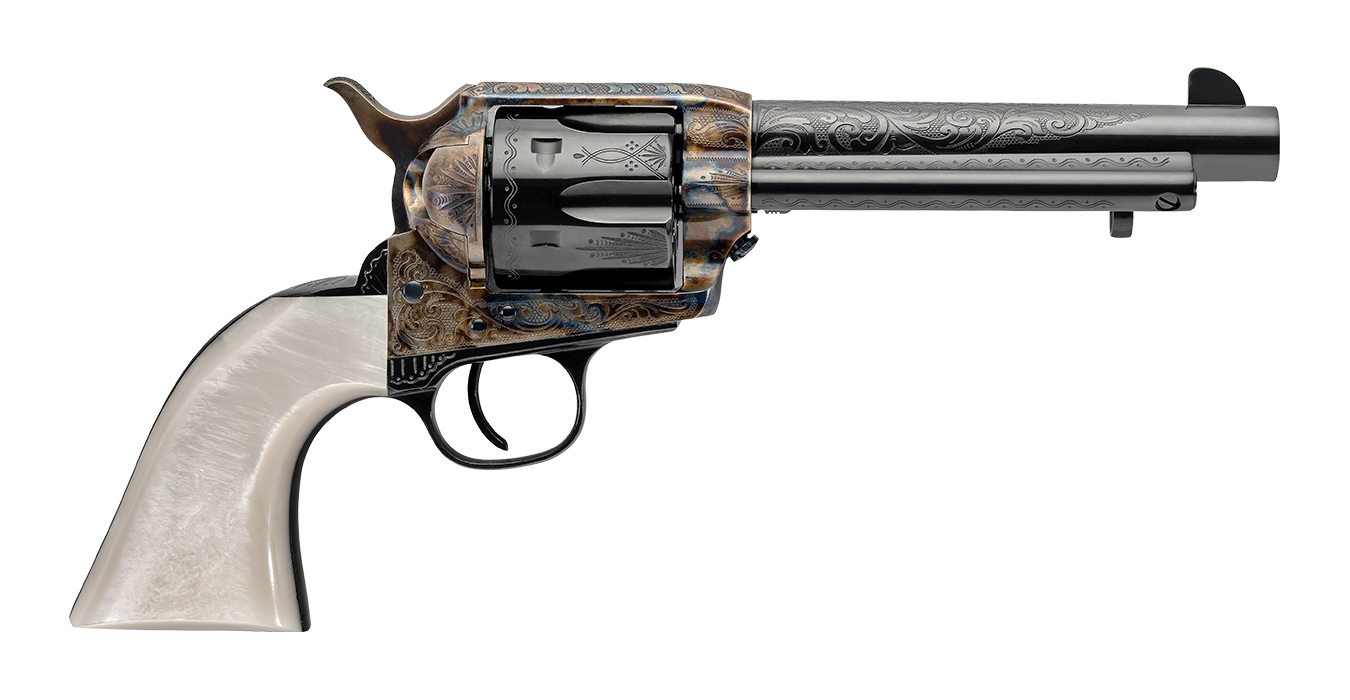 This beautifully-engraved revolver was owned by Bob Dalton from the notorious Dalton gang. The gang’s long list of sprees came to an end in Coffeyville, KS, in 1892 in the course of an attempted bank robbery. A group of armed townspeople was able to engage the gang in a shootout and kill a number of its members including Bob. Today, Uberti recreates in the most minute details the revolver that was recovered from Bob’s body on that ill-fated October day—talk about a piece of Old West history!