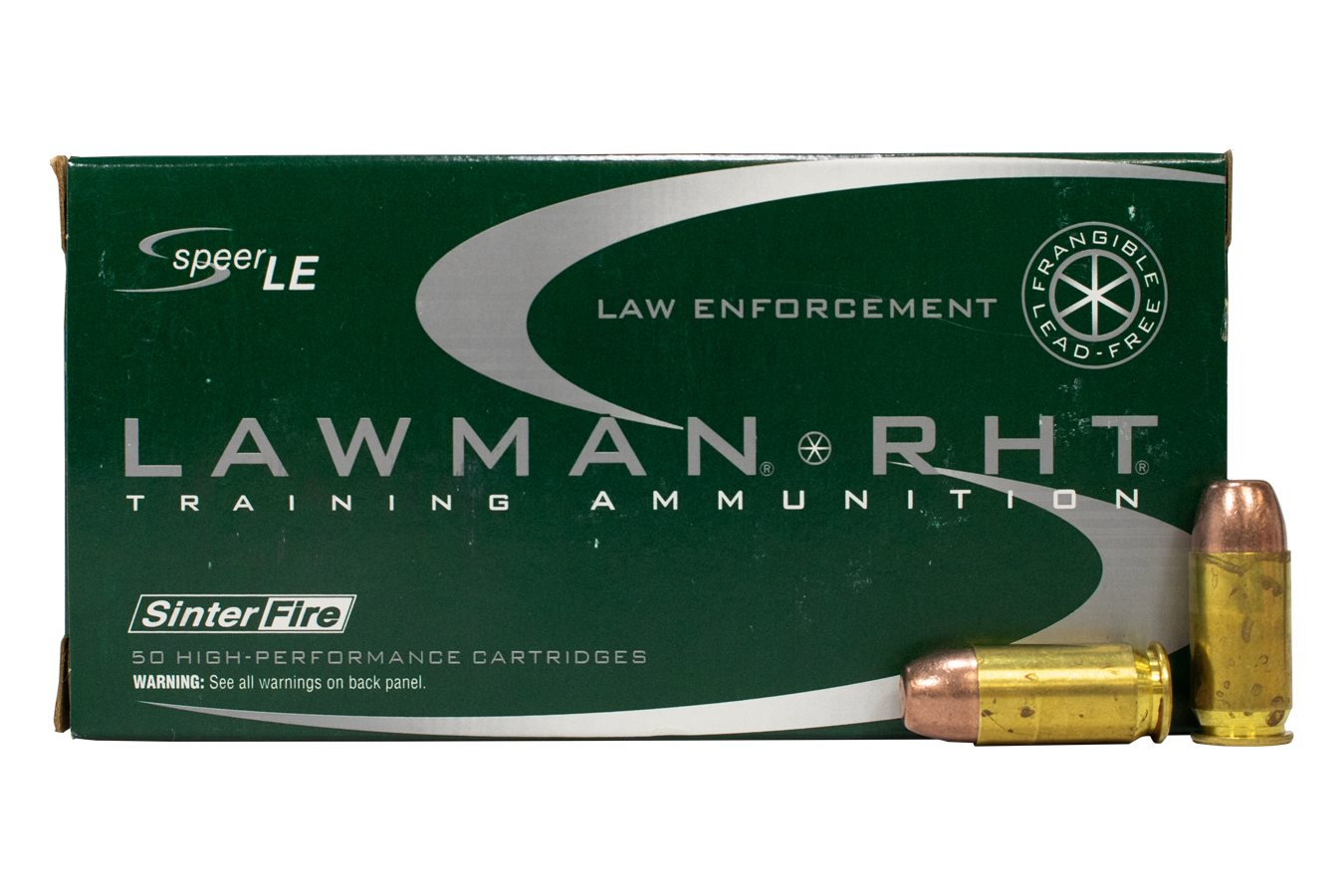 Speer® RHT® Ammunition features lead-free bullets that crumble into very small pieces when they hit a metal backstop. These precision-formed bullets are made of sintered powdered copper that's compressed under heat and pressure to form a bullet. Sintered technology means there's no separate jacket that can produce sharp fragments on impact. The tip of each RHT bullet is distinctively marked so range officers can easily tell it from conventional ammunition.