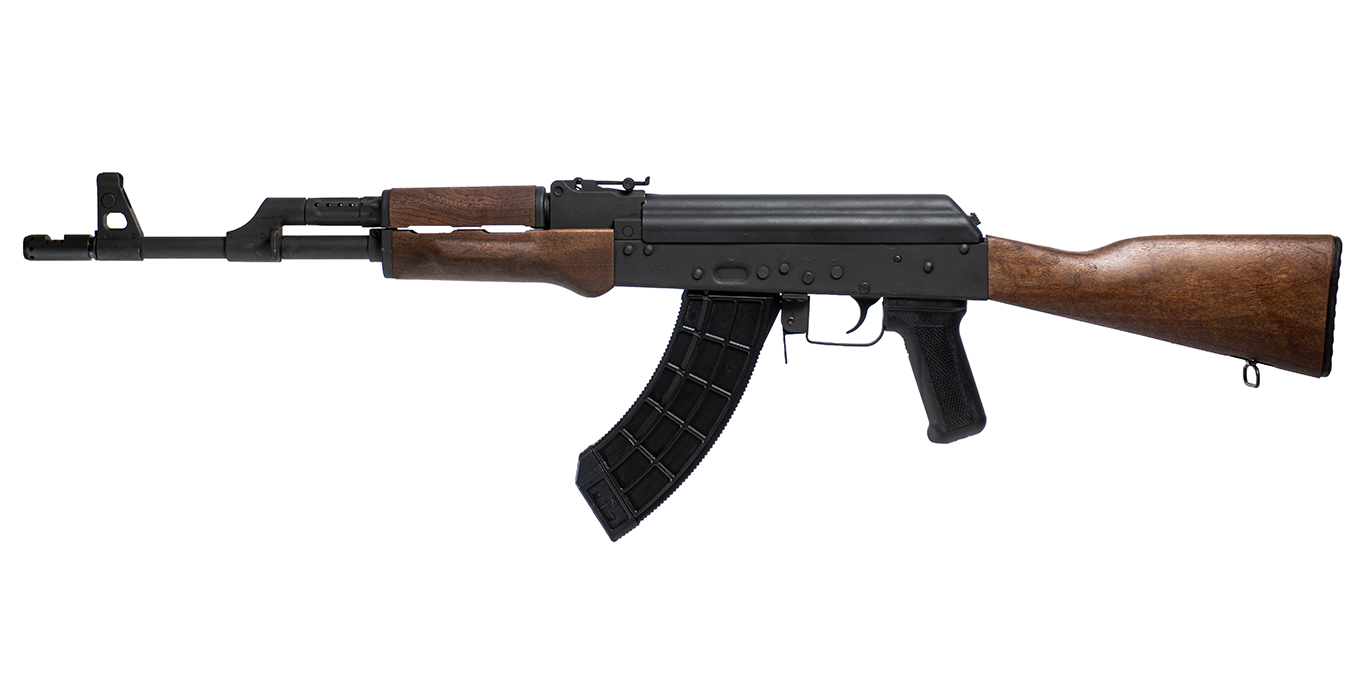 A limited number of these special edition VKSAs were made by Century Arms, and feature High Quality Walnut Stocks similar to the ones found on the C39v2 rifles.

The VSKA rifle features an all new bolt carrier, front trunnion, and feed ramp machined from S7 tool steel and specially heat treated for maximum durability. S7, often referred to as a “Shock-Resisting Tool Steel,” is commonly used for tools like chisels and jackhammer tips as it has maximum shock resistance and high compression strength, while retaining toughness. The front trunnion and bolt are machined from billet and exceeded the durability goals for the project. Additionally, the VSKA features a carburized 4140 steel bolt, a chrome-moly 4150 barrel, and sports the RAK-1 Enhanced Trigger Group for an impressive trigger pull. Along with a manganese-phosphate finish, Century adds a little style to the heavy-duty brute with an American Maple wood buttstock and forend.