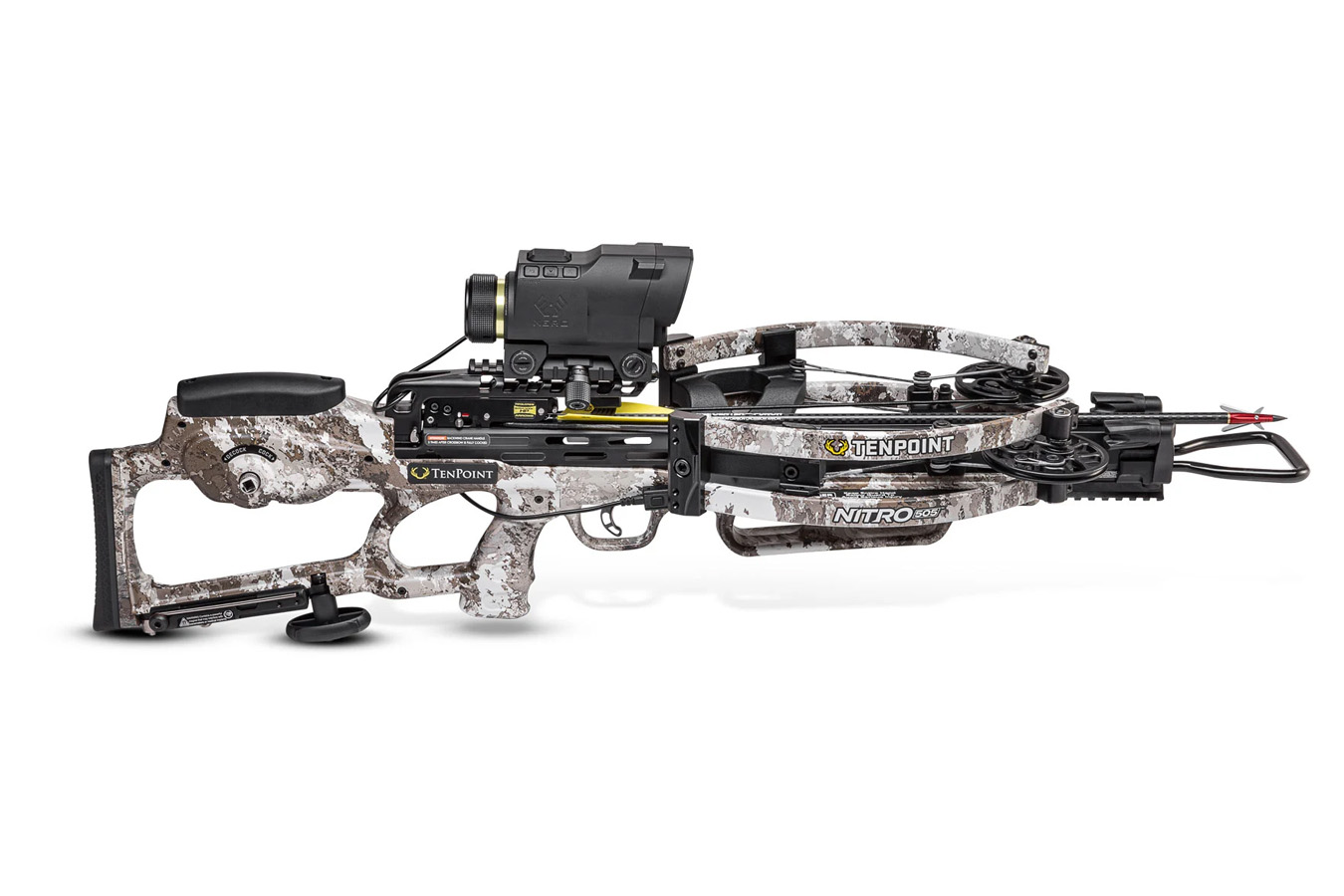 The Fastest Crossbow and Most Accurate Long-Range Crossbow.

Meet the Nitro 505 XERO. With speed of 505 feet-per-second and and the Garmin XERO X11 Rangefining Scope, the Nitro 505 is the fastest crossbow on the market and the most accurate long-range crossbow ever built by TenPoint.

Featuring a perfectly balanced reverse-draw platform that is unmatched in its ability to produce speed and power, the Nitro 505 is equipped with a newly designed RX-8 Cam System, a 2-stage, zero-creep S1 Trigger that delivers a consistent crisp, 3.5-pound pull, and the easy cocking and safe de-cocking system dealers recommend most – the ACUslide.

Requiring just 5-pounds of force to operate – a fraction of the force required on competitors bows – the ACUslide provides safe cocking and easy de-cocking. If you don’t take a shot, safely de-cock the crossbow by backwinding the handle, and unlike other de-cocking systems on the market, stop at any point without the fear of damage, injury, or losing control.

With more than 25,000 test shots fired, the Nitro 505 is built to maintain the durability you’ve come to expect from the company well-known for building the best crossbows.

We’ve set the record with the fastest crossbow, we’ll let you set some records of your own in the woods!