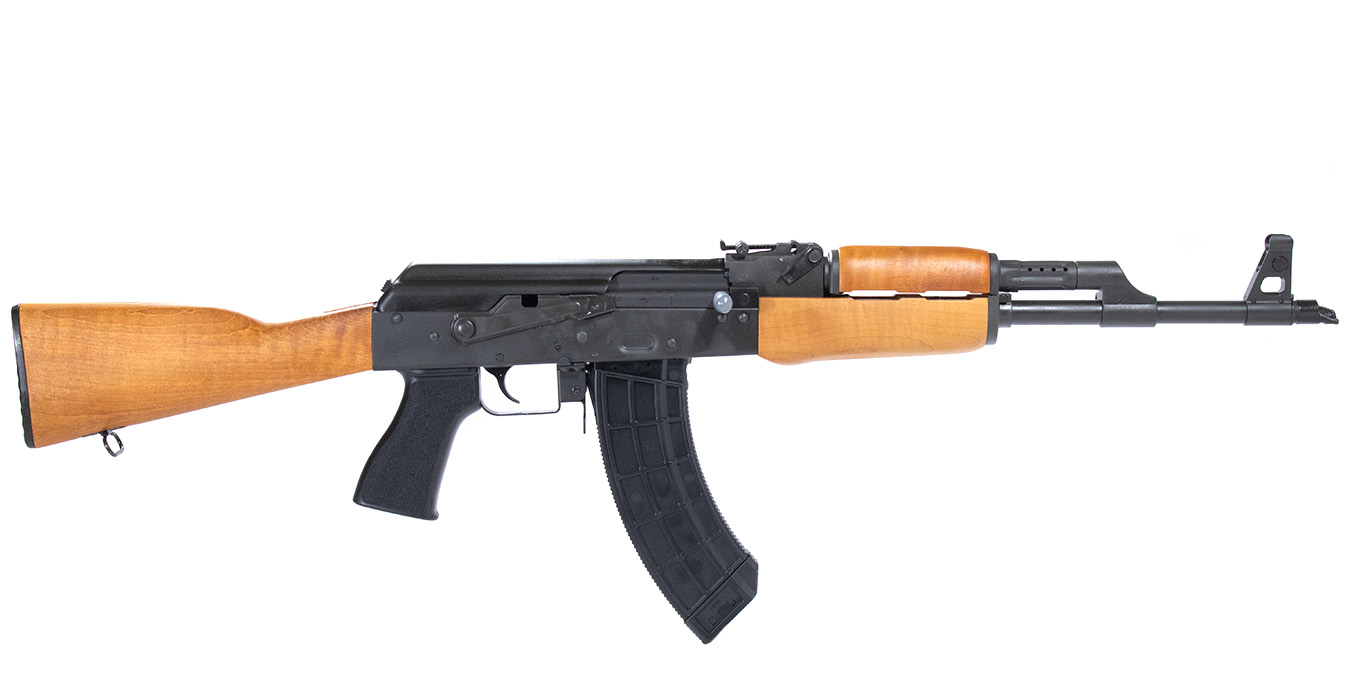 Century Arms's heavy-duty AK rifle, the VSKA (vis-kuh) has been re-engineered with critical components using machined S7 tool steel. The VSKA rifle features a bolt carrier, front trunnion, and feed ramp machined from S7 tool steel and specially heat-treated for maximum durability. The front trunnion and bolt are machined from billet and exceed the durability goals for the project. Additionally, the VSKA features a carburized 4140 steel bolt, a chrome-moly 4150 barrel, and sports the RAK-1 Enhanced Trigger Group for an impressive trigger pull. Along with a manganese-phosphate finish, Century adds a little style to the heavy-duty brute with an American Maple wood buttstock and forend.

Absolutely awesome AK. The wood finish is as beautiful as advertised. The rifle is sleek and well-built, quality metal. I put 200 rounds through it as soon as I got it and had absolutely zero issues. The iron sights exceeded expectations, and there is even pre-made rings on the stock so you can easily add a sling. Highly recommend!!